Neither Calendar nor Clock: Perspectives on the Belhar Confession, author: Piet J. Naude.

Neither Calendar nor Clock: Perspectives on the Belhar Confession, author: Piet J. Naude.

This book deals with a subject unfamiliar to most of us in the Protestant Reformed Churches. Its setting is in South Africa, located on the other side of the world from us, and in a theological context that few understand. More specifically, its subject matter concerns the issue of apartheid, the centuries-long discrimination against native Africans both by the civil authorities and by the church, which was historically Dutch. The mention of apartheid, as well as of the Dutch (Afrikaans) colonization and domination of South Africa, may help to refresh the memories both of those who are old enough to remember the struggle against apartheid, and of those who have studied history in school. The addition of the name Nelson Mandela will serve to clarify the historical setting of this book, and will also shed light on the author’s perspective.

Piet J. Naude is professor of ethics and director of the Business School at Nelson Mandela Metropolitan University in Port Elizabeth, South Africa. The book purports to be the only up-to-date English-language book on the Belhar Confession, which it probably is. The book also describes itself as showing how this brief (five articles) African confession “powerfully articulates the gospel for the universal church today.”

It does no such thing, for several reasons.

First, its origin and authorship are not universal. It was drafted under the auspices of the Dutch Reformed Mission Church, and was accepted by its synod in 1982 in a place called Belhar. Hence its name. This narrow beginning stands in sharp contrast to a confession such as the Canons of Dordrecht, the origins of which involved representatives from many Reformation churches. Second, the issue addressed by the Belhar Confession is at best regional, although Naude is at great pains in his commentary to make it a matter of universal social justice. This does not change the fact that the issue is apartheid, which has very little relevance to the church universal.

Third, the acceptance of Belhar is anything but universal, as the author himself admits. The Uniting Reformed Church in South Africa has adopted it, as well as a Protestant denomination in Belgium. The Reformed Church in America (RCA) has adopted it provisionally. Perhaps this is due, at least in part, to the fact that apartheid effectively no longer exists, so that this confession is no longer necessary.

Fourth, this confession does not articulate the gospel, at least not the gospel of the Scriptures. As explicated by Naude, it does a pretty fair job of describing the social gospel. The author writes in terms of “restorative justice” and “economic justice”; he promotes feminism and acceptance of those with AIDS; and he argues that the visible church needs to adopt this confession.

The first part of the book contains the confession, with commentary by the author. The rest of the book is nothing else than an apologetic for the validity and acceptance of Belhar. It is interesting to note that Naude quite convincingly grounds the theology of the confession in Abraham Kuyper’s common grace. He also relies heavily on the writings of Karl Barth, obscure and convoluted as they are. I am reminded here of a comment made by my late grandfather, Herman Hoeksema, to the effect that he was not sure if Barth himself understood his own writing. How true!

For those who are interested in learning more about South African history and obtaining a clearer picture of an unfamiliar church and its theology, there is value in reading this book. Naude does a creditable and well-documented job of defending and promoting Belhar from a very liberal perspective.

However, in general the book is of little value to those who hold to the true Reformed faith because of its wide divergence from the biblical content of the gospel. Not recommended. 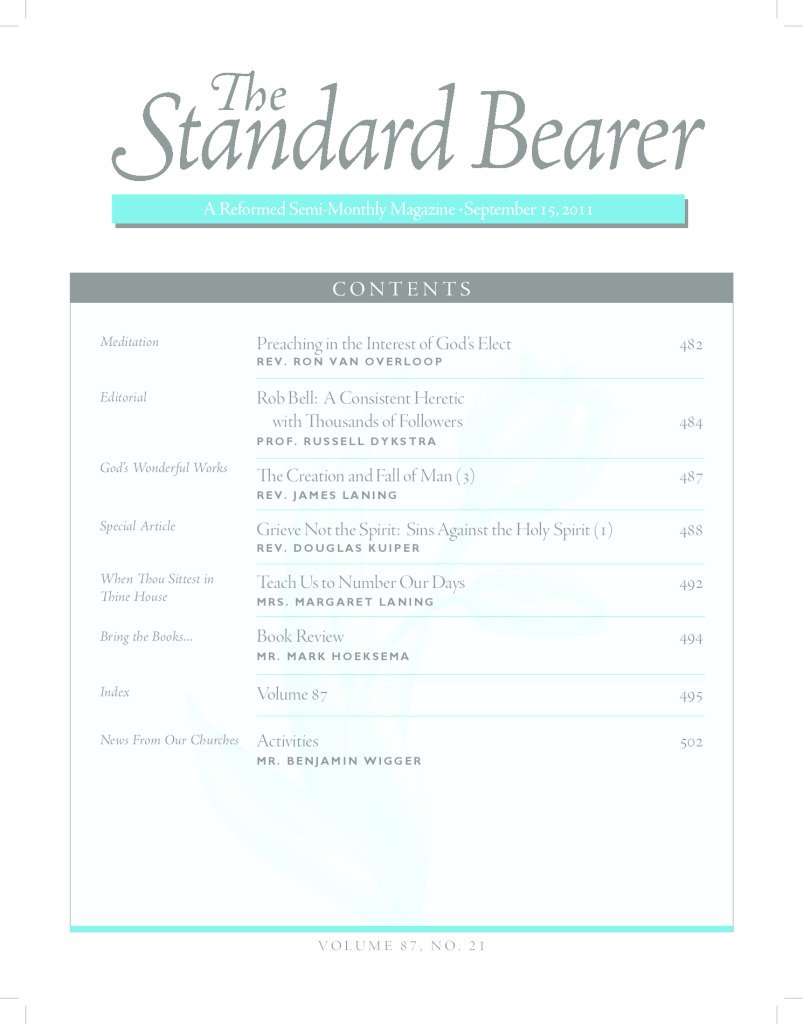