The name “Leviticus” is derived from the Septuagint Bible, Levitikon (Levitical) as an adjective added toBiblios (books), hence Levitical books. This reference is made to the laws which were administered by the Levites in their duty in the temple. We must be careful not to limit these laws to the priests; rather we must concentrate upon the sacrifices, which typified Jesus Christ in His suffering and death.

Since Leviticus is part of the Pentateuch, the author was Moses, as we have considered in detail in previous articles.

We also noted before that Genesis sets forth the historical occasion for God’s dealing with His covenant people. The patriarchs experienced God’s covenant promise and dealings in their lives. God, however, did not intend to save simply individuals. He had chosen Israel as a nation from among all the nations under heaven. The time spent in Egypt allowed the formation of this nation. As they came out, God began to deal with them as a nation. At Sinai He gave them their laws, which formed the legal basis for the theocracy, His rule over them. The laws pointed out the need that Israel had for their Redeemer. These were set forth in the laws recorded in Exodus. Now, when we begin to examine the book of Leviticus, we discover that these too were given at Sinai, only now they focus more intently upon the spiritual heart of the law.

The Place of Sacrifices

According to Exodus 19:6, “And ye shall be unto me a kingdom of priests and an holy nation.” The question arises, how could Israel be such a holy nation? The people themselves were not more holy than the other nations. The history of their wilderness sojourn makes this very plain. Their holiness did not reside within themselves, for they too were among the fallen children of Adam and Eve. Rather, holiness had to come from without. They had to become holy. That way was in the priesthood. The Levitical family was chosen to be the firstborn of all the families in Israel. They were set aside for the work of the tabernacle. The main part of that work took the priest into the tabernacle to offer sacrifices. Therein lay the power of holiness. The blood of the sacrifice typified the blood of Jesus Christ in His atonement. The liturgical washings typified the removal of the pollution of sin by the Holy Spirit of Christ.

As Moses repeatedly pointed out in the book of Leviticus (some 56 times he asserts that Jehovah imparted to him these laws) God gave these laws for the purpose of making a sinful people “holy unto Jehovah.” We learn that this took place in two ways: the removal of guilt (justification) and the removal of the filth of sin (sanctification). The details as to how the Israelite had to prepare himself and come with his offerings for this ceremonial reconciliation to God are given in this book of Leviticus.

E.J. Young, in his book entitled An Introduction to the Old Testament, summarizes this very pointedly.

After the offerer’s hands had lain upon the offering, there followed the next step, the slaying of the offering upon the place of slaying (the altar). The offering was to be slain by the hands of the one who brought it, and by the priests its blood was to be applied to the altar. Thus, for example, we read, “and he (the offerer) shall kill the bullock before the Lord: and the priests, Aaron’s sons, shall bring the blood and sprinkle the blood about the altar that is by the door of the tabernacle of the congregation.”

The sacrifice, therefore, was slain, its blood poured out and as the symbol of life, brought before God by being applied to the altar.

The blood was said to make a covering for the soul, “For the life of the flesh is in the blood; and I have given it to you upon the altar to make covering for your souls; for it is the blood that makes covering by reason of the life.”

The thought seems to be that the blood which was shed and applied to the altar blotted out or obliterated sin from the sight of God by being smeared over the altar. Man and his sin is that which needs covering, and this covering is procured by God, not by man. Thus at this important point, we are reminded again that the salvation of the sinner is by grace. It is of God and not of man. “The priest (as the representative of God) shall cover him on account of his sin.”

Such is the divine interpretation.

Next followed the burning of certain parts of the animal upon the altar. This burning was to offer a sweet-smelling odor to the Lord. Thus it was symbolical of that substitutionary consecration which was offered to God by the victims. We are reminded of the words of Paul, “Christ also loved us and gave himself up for us an offering and a sacrifice to God for an odor of a sweet smell.”

. Lastly, and peculiar to the peace offerings, there was the sacrificial meal, prepared by the Lord Himself. Thus was symbolized the blessed fact that sin had been expiated, and the barrier between God and man removed. It also included a state of positive favor and blessedness. (See Geerhardus Vos, Biblical Theology).

We do well to study this book, not simply to be better informed of the liturgy of the sacrifice, but to appreciate the gospel. Christ is the fulfillment of the law. We receive a better understanding of His ministry and His suffering and death, when we consider it against the background of the Old Testament law. This law was fulfilled in Him. He brought to completion all the types and shadows in order that the spiritual principle of the law might be written in our hearts. Our reconciliation unto God is in the death of His Son. By His blood our guilt is taken away, and through the Holy Spirit’s work within our hearts we begin to keep not only some, but all of God’s commandments.

A general overview of the book indicates that there are two main parts. The first covers chapters 1-16 which deal with the sacrifices themselves as a way for justification, i.e., the removal of the guilt of sin. The second part covers chapters 17-27 and concerns itself with the way in which man enters into covenant fellowship with God, i.e., that of sanctification.

1. The details concerning sacrifices (Lev. 1:1-7:38). Theburnt offering must consist of a male bullock without blemish, on whose head the one bringing the sacrifice should lay his hand. The animal would then be killed, and the priest would sprinkle its blood on the altar and door posts. The parts of the animal were consumed on the altar. The same thing was to take place if they brought a sheep or goat. If they brought a bird, a turtle dove, or young pigeon, they had to wring off its head at the side of the altar and consume the body upon the altar (Lev. 1:1-17). The meat(or meal) offering consisted of flour, oil, and frankincense, part of which the priest offered on the altar, and part of which the priests used for themselves. Distinction was made between the meat offering baked in the oven, baked in a pan, and fried in a pan, all of which had to be without leaven. If it was the firstfruits of corn, it had to be seasoned with salt (Lev. 2:1-16). The peace offering was taken from the flock, either a sheep or goat, male or female. The one offering it had to lay his hand on its head and kill it before the tabernacle. The priest would sprinkle the blood on the altar and consume certain parts of its inwards (Lev. 3:1-17). The sin offering consisted of a sacrifice for a specific sin done against the law of god in ignorance by an individual priest or member of the congregation. They had to bring a bullock, lay their hands on it, and kill it. Then the priest would sprinkle its blood seven times before the Lord and consume its fat with certain inwards on the altar. Its skin with other parts was burned on a wood fire without the camp. If the whole congregation sinned, the elders had to perform this ritual on their behalf. If a ruler sinned, he had to come with a male goat and do likewise. If the common people did sin, they had to offer a female goat or lamb and follow similar procedure (Lev. 4:1-25). The trespass offering involved a person who swore and one did not correct him, a person who touched an unclean animal or touched an unclean person, or sinned by swearing an oath by pronouncing some good or evil. He had to confess his sin, and bring a trespass offering of a female sheep or goat. If he was poor, he had to come with two turtledoves or two young pigeons. If that were not possible, he had to bring flour without oil or frankincense, a token of which the priest offered. If a person sinned while sacrificing or in ignorance, he had to come with a ram and temple shekel as offering (Lev. 5:1-19). The trespass offering was for sin done knowingly, such as lying or stealing, an act of violence, or swearing falsely. Such a one was to restore what he stole and offer a ram. The burnt offering was to be placed on the altar whose fire burned day and night. The priest had to be properly clothed. More detail is given on the meat offering. The remainder which was not offered was to be baked into unleavened bread to be eaten by the sons of Aaron. The meat offering was used in consecration of the priest (Lev. 6:1-30). More details are given on various sacrifices, the trespass offering, and the peace offering. The portion for the priest is described in greater detail (Lev. 7:1-38). 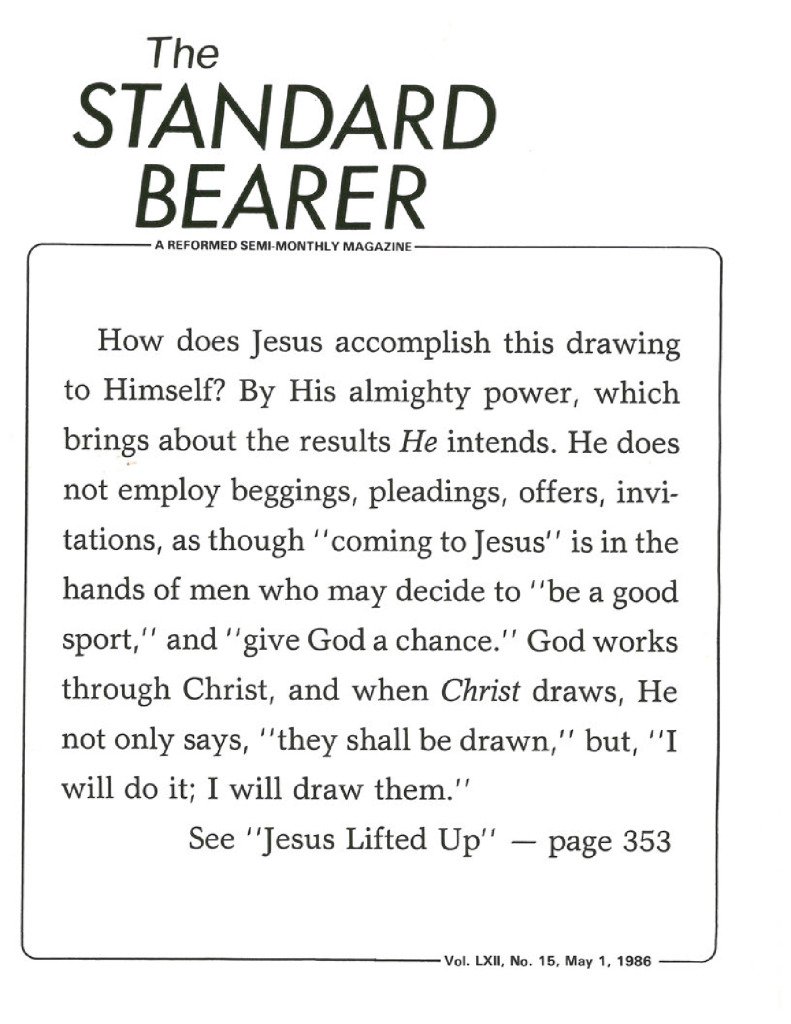