2. The priestly consecration with its warnings for violations (Lev. 8:1-10:20). Aaron and his family were presented to the Lord in the presence of the congregation. Aaron was dressed in the proper clothes of the priest, a robe, an ephod (cape), breastplate, mitre, and crown. Moses took the oil and anointed the tabernacle, including its contents, and also anointed Aaron (Lev. 8:1-13). A bullock of sin offering, a ram of burnt-offering, and a ram of consecration were slain after they had laid their hands upon each of the heads. The blood was sprinkled and used as consecration. They remained in the tabernacle for seven days for a period of consecration (Lev. 8:14-36). On the eighth day, Moses instructed Aaron and his sons to bring a calf for a sin offering, a ram for a burnt offering, and come to the tabernacle. The people were instructed to come with their goats as sin offerings (Lev. 9:1-7). Aaron offered his sacrifice before Jehovah (Lev. 9:8-14), after which he sacrificed for the people (Lev. 9:15-22). In response to this, the glory of the Lord appeared to the people and fire consumed the offering on the altar (Lev. 9:23, 24). Nadab and Abihu, sons of Aaron, violated their trust as priests and offered strange fire on the altar. The fire of the Lord killed them before the altar. Mishael and Elzaphan were instructed to take their bodies and bury them without the camp, and the people were instructed to mourn before the tabernacle (Lev. 10:1-7). The priests were forbidden to use wine when they served in the tabernacle (Lev. 10:8-11). Their portion of the sacrifice consisted of the shoulder and breasts of the offering which was to be eaten by the priests and their families in specified places (Lev. 10:12-20).

3. The laws for purification (Lev. 11:1-15:33). We find the distinction made between clean and unclean animals. The clean ones for food are those that have a cleft hoof and chew the cud (they must have both and not one of the two, Lev. 11:1-8), among the fish they are to have fins and scales (Lev. 11:9-12), among the flying creatures that are unclean are the vultures, and those that go on four feet (except the locust, beetle, grasshopper, Lev. 11:13-28). A list is given of the creatures which creep and which go about on paws which are unclean as well as all items which become contaminated by contact with such unclean animals (Lev. 11:13-47). Instruction is given concerning the purification of a woman after childbirth, she is unclean for 40 days for a male and 80 days for a female, at the end of which she is to offer a lamb and a young pigeon or turtledove. If she is poor and cannot bring a lamb she is to bring two turtledoves or two pigeons (Lev. 12:1-8). Laws concerning leprosy are now given. It is the duty of the priest to determine whether it is leprosy or some scab. Careful distinctions are given as to color and affect upon hair, in order to be sure it is the dread leprosy. If the priest has any doubt, the person is to be placed in hold for 7 or even 14 days to be sure. If he is judged to have leprosy, he is banned from the camp and has to tear his clothes, keep his head bare, put a covering on his upper lip and cry out “unclean!” (Lev. 13:1-46). The priest was also able to examine the garments of the victim and specific instruction is given in how the evidence of leprosy in the garment itself would help to determine if the person had it. If so judged, the garment had to be burned (Lev. 13:47-59): The possibility of healing and restoration of the leper is treated next. The priest is to go out of the camp and examine the leper. If he is healed a sacrifice of birds and sprinkling of their blood is to follow. For seven days he lives in the city, but not in this house, having washed and shaved himself. Then he is to shave off all his hair, wash his clothes, sacrifice lambs and the priest is to anoint him with blood and oil before the tabernacle. Provision is made for the poor to take one lamb and two turtledoves or pigeons (Lev. 14:1-32). Finally, the houses of the lepers had to be dealt with. The owner of the house had to report to the priest the contamination. It had to be emptied before the priest inspected it. If he found evidence of leprosy having corrupted it, the house was sealed for seven days and after that time if it was opened and the blocks had to be removed and scraped until all evidence was destroyed. If evidence of leprosy recurred, the house had to be destroyed. At the end, the priest had to pronounce the house clean. Anyone who came into contact with it had to wash carefully and the clean house was sprinkled with blood (Lev. 14:33-57). The priests also had to deal with certain unclean issues from the body of both men and women. The first section deals with issues from men. These secretions contaminate anything he lies upon or sits on and requires cleansing. After the issue stops, he must go to the priest and when declared clean must take a bath and wait seven days. On the eighth, he must take two turtledoves or pigeons which the priest will sacrifice as a sin and burnt offering—as an atonement (Lev. 15:1-15). The semen of copulation required the washing of garments and bathing (Lev. 15:16-18). The same applies to a woman with an issue of blood. She and any man who contacts her is unclean, as well as any bed or garment that she touches. Upon the ending of such an issue, she is to go to the priest and also offer two turtledoves or pigeons (Lev. 15:19-33). Finally, this section closes with details of the great day of atonement. This instruction is given after the two sons of Aaron have died and Aaron is told that he cannot enter into the holy of holies except when the cloud appears. He then was to dress in his priestly garb, take two goats for a sin offering and a ram for the burnt offering. The ram is to be sacrificed for a sin offering, but he is to cast lots over the kids of the goats. The one goat is to be sacrificed in atonement while upon the other goat he lays his hands and confesses the sins of the people upon it after which it is driven into the wilderness. All this is to be accompanied with washings and sprinklings. The statute of keeping this day annually is given (Lev. 16:1-34).

The next chapter introduced the second main part of the book of Leviticus. In this section we see how God’s people enter into fellowship with God through sanctification by means of sacrifice. This section covers chapters 17-27.

4. The use of the blood of animals in sacrifice is spelled out (Lev. 17:1-16). The oxen, lambs, and goats which may be killed in the camp or outside the camp must be brought to the tabernacle so the priests may offer them as peace offerings. Failure to do this would result in being cut off from the congregation (Lev. 17:1-9). Any eating of blood was forbidden and would result in being cut off since the blood represents atonement, for the soul of animal is in its blood. If a person ate an animal that died of itself or was killed, and the blood was not properly drained, he had to wash himself and his clothes as a covering for that sin (Lev. 17:1-16).

5. Various laws dealing with ethical morality in Israel (Lev. 18:1-20:27). Sexual morality is introduced as God’s law in contrast to the doings of Egypt from which they came (Lev. 18:1-5). Sexual intercourse was forbidden between relatives, father, mother, father’s wife, sister, daughter-in-law, aunt, uncle, sister-in-law, step-parents and children. Sexual relations were forbidden during menstruation. Adultery, human sacrifices, homosexuality, beastiality or any evil practice by the heathen nations around them, were forbidden. The impenitent was to be cast out from among the people (Lev. 18:1-30). Then follows a repetition of many laws previously mentioned, prefixed by the command to be holy. These have to do with sabbaths, idolatry, proper sacrificing, harvesting of fields, stealing, swearing, robbery, respect of persons, gossiping, holding a grudge, breeding of cattle, fornication with a bond woman, planting and harvest of trees, eating anything with blood, defacing of the body, giving daughters to prostitution, familiar spirits, the honor of the aged and strangers, and cheating with measures (Lev. 19:1-37). Still more precise detail is given on some of the above prohibitions. Human sacrifices to Molech are strongly forbidden. One turning to familiar spirits will be cut off. Cursing father or mother will result in death. Adultery likewise will result in death for both the man and the woman. Death for homosexuality, beastiality, and adultery with family relatives will result in being cut off and remaining childless; the whole point being that God wants His people to be different from the nations about them. Holiness unto the Lord requires sanctification in all of life (Lev. 20:1-27).

6. Specific duties of the priests: how they are to express their holiness unto the Lord (Lev. 21:1-22:33). The priests are not to defile themselves by touching the dead, but a priest may touch a relative such as mother, father, son, daughter, brother, sister. He must not cut off his hair to be bald nor trim his beard or cut his flesh. Keeping the body manifests holiness (Lev. 21:1-6). The priest may take a wife only she may not be a whore or a woman put away from her husband. If the daughter of a priest plays the whore she shall be burnt with fire. The high priest must observe various rules, including taking a virgin to wife, not a widow, divorced, or profane woman. (Lev. 21:7-15). Priests that have physical blemishes are forbidden to offer sacrifice in the temple. These included things as blind, lame, flat nose, broken foot or hand, dwarf, crooked back, blemish in the eye, and diseases of various sorts. These all had to stay out of the temple (Lev. 21:16-24). If any of the priests had some uncleanness, such as leprosy, of if they touched something unclean, they were not to practice the priesthood. Positively, they had to live lives of godly example before the people (Lev. 22:1-16). Added to this is the command of God that the offerings of cattle, sheep, and goats are to be without blemish, as perfect specimens as possible. Offerings of animals were not to be taken from the mother for sacrifices before the 8th day. Thank offerings were to be eaten the same day (Lev. 22:17-33). 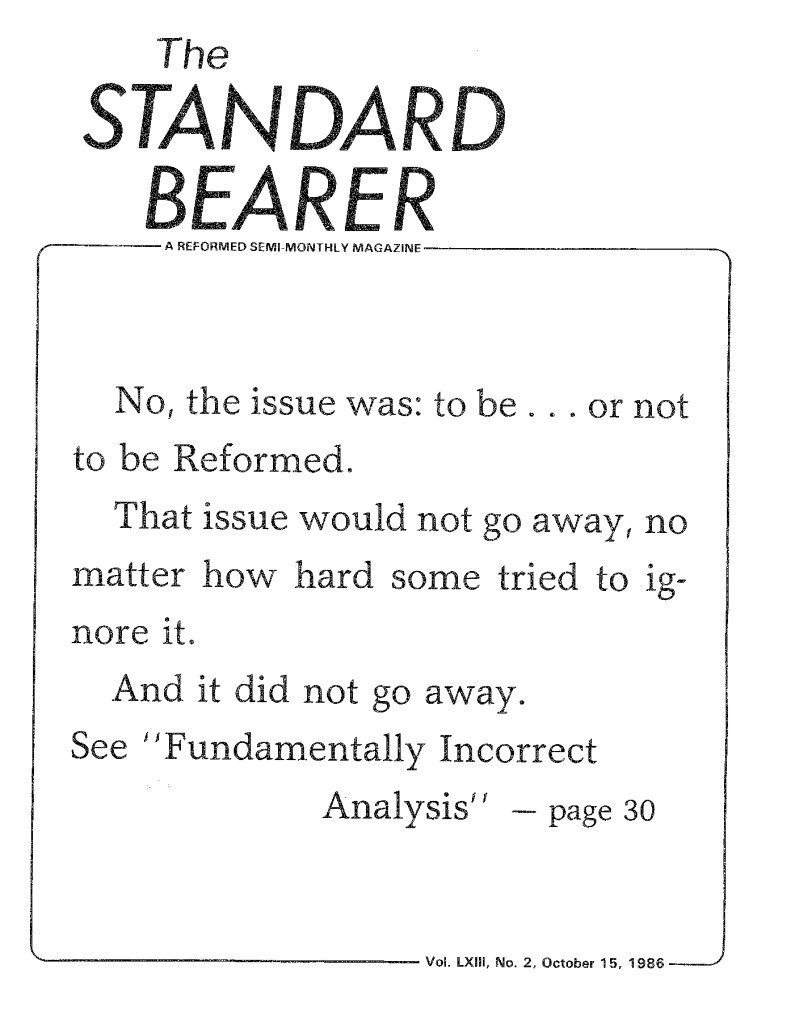