Letters from Katie Luther is a delightful book. It is a book written for young people by an author, who although in her eighties, is young at heart—very young at heart. Not only will young people profit from this book about the life of Katie Luther, but readers will learn much about her famous husband, the great Reformer Martin Luther. Through Katie’s eyes, we are given insights that only a wife and mother could have.

Although a novel, Letters from Katie Luther is not a typical novel. Behind the book is a novel idea for a novel. Readers are not simply told the story of Katie Luther’s eventful life. Instead, Katie herself tells us her life’s story in the letters that she writes to her dear friend and sister in Christ, Ave von Schoenfeld Axt.

The story begins with the friends’ escape, along with several other nuns, from the Roman Catholic convent at Nimbschen, Germany. With the others, Katie and Ave had become convinced of the truths of the Reformation. They had seen firsthand the corrup­tion and errors within the Roman Catholic Church and they were determined to escape. They were de­termined to escape, even though they risked capture and the punishment for those who fled convents and monasteries. Ordinarily such a “crime” was pun­ished by permanent expulsion from the church—execution. At the risk of death, Katie, Ave, and the other nuns were secreted out of the convent by the same man who put Reformation tracts into their hands, the merchant Leonard Koppe.

Many of the escaped nuns found shelter with rela­tives who were sympathetic to the Reformation. Oth­ers, though rejected by their families, were married to men who embraced the cause championed by Martin Luther. The last to be married, in part because she was high-spirited and not afraid to express her views, was Katherine von Bora—Katie. Through a perplex­ing providence, which included her proposing to him rather than he to her, Katie became the bride of “Sir Doctor,” as she respectfully and affectionately referred to her husband.

Letters from Katie Luther brings both Katherine and her famous spouse to life. Through the imagi­native correspondence between Katie and Ave, we are given insights into both Katie’s and Martin Luther’s personalities. We are taken into their home and be­come part of the wider circle of friends and family who reside in the Black Cloister in Wittenberg. We are seat­ed with them at the dinner table, enjoying the feast that Katie routinely made each evening. After the meal, we become a part of the lively conversations, asking our questions of and getting the viewpoint of the great Doctor. These are the conversations that later were compiled into Luther’s Table Talk. Not infrequently, “Sir Doctor” solicited the opinion of his beloved wife; she always felt free to express her viewpoint on the topic of discussion.

But it is Katie, not “Sir Doctor,” who is the main character of the novel. From Mrs. Casemier’s book we learn so much about the great woman who stood behind the great man. We learn of her resolute determination to live out of her convictions. We learn of her overwhelming desire to be a godly wife and moth­er. As her husband spent himself in the cause of the Reformation, so she spent herself in all the duties that fell to her. She rose usually before the sun peeked over the horizon; and it was often much after dark before she laid her pig-tailed head on the pillow next to that of her husband. Among all the other terms of endear­ment by which he referred to her, Luther called her the “morning star of Wittenberg.” We share in her joys, laughing with her in the humorous moments of life in the Black Cloister. We also weep with her in her heartbreaking sorrows, chief of which were bringing two of her children to the grave, as well as her beloved husband.

Throughout the book, Mrs. Casemier holds Katie up as a model to the young women and girls in the church today. She is a model especially in her devo­tion to what she considered her highest calling, the calling to be a godly wife and mother. She cooked and cleaned, changed diapers and did laundry, kept a garden and a fishpond in order to provide for her family. She is a model in the deep respect that she showed to her husband, which was evident in her usual reference to him as “Sir Doctor,” a title that parallels Sarah’s calling Abraham “lord” (1 Pet. 3:6). Although she always felt comfortable to express her views, she was exempla­ry in her submission to her husband, as the church is subject to her head and husband, Jesus Christ (Eph. 5:23). Katie is a model also in her love for the church and her commitment to be a living member of the church. She is a model in the kindness that she showed to those in need. And she is a model in the hospitality that she extend­ed, which was often to complete strangers who ap­peared on the doorstep of the Black Cloister.

Through it all, Katie never viewed herself as a super saint. She was a woman who struggled with doubts and fears. She was a woman of like passions, who was in all points tempted as every Christian woman is tempted. Throughout her life there was growth in sanctification. She was purified and strengthened, especially through the fiery trials that God brought upon her. “Slowly but surely Katie’s head knowledge became heart knowl­edge” (69). Through the highs and lows, the joys and the sorrows, the mountain tops and the dark valleys, she maintained unwavering trust in God. More than once, she was the means of God to deliver her husband from the depression with which he struggled through­out his life.

Mrs. Casemier has writ­ten a gem! From the heart of one who knows young girls, especially through her years as a Christian schoolteacher, and who knows the calling of a Christian wife through her years of marriage to her godly husband, our hearts and minds are uplifted. Ev­ery young girl, teenager, and young mother ought to read this book. Along the way, you will be reminded of the history of the Reformation—history worth being re­minded of. 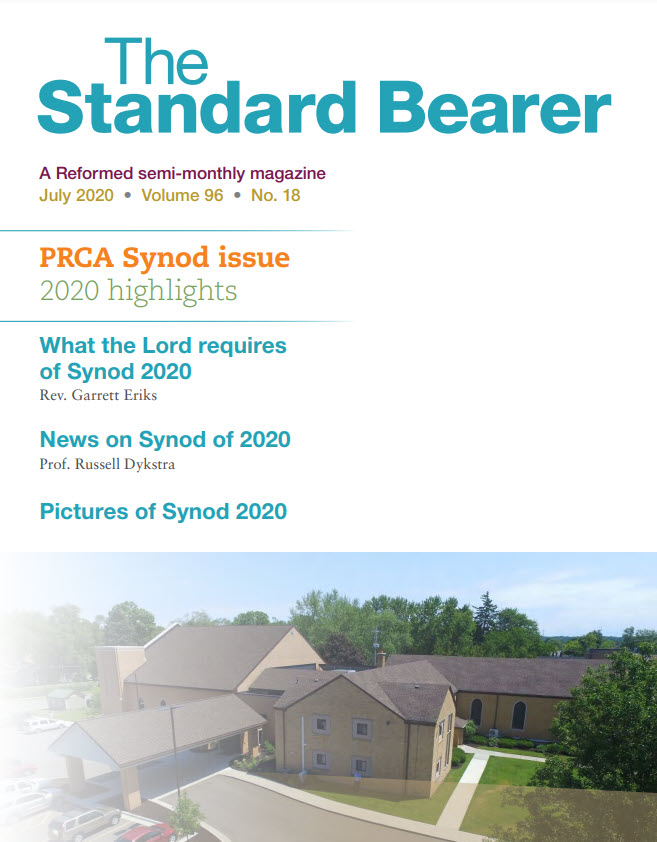