Another Opinion on the KJV

From time to time, the King James version of the Bible is praised in the Standard Bearer. Whenever this is done, I pay special attention because the topic is of interest to me. I wonder whether you will give a hearing to a person with another opinion.

As far as New Zealand is concerned, the language of the A.V. is different even from more formal speech, and if what one hears over the radio waves from your country is any guide, it is not much like American, either.

The language of the A.V. is outdated, and because of that inaccurate. Can what is inaccurate be called the Word of God? Consider, we live now, not three hundred years ago.

Moreover, the language of the A.V. falls under the heading of “jargon.” The Readers Digest Encyclopedic Dictionary defines jargon to be, amongst other things:

mode of speech full of unfamiliar terms or peculiar to a class or profession.

the special words used by members of a special profession or by students of a particular subject.

With regard to this matter, I do not object to the use of a rich vocabulary per se, but more particularly to the use of a language which is no longer in formal common use. It creates a kind of barrier which, in my opinion, should not be there. Such a barrier is neither necessary nor desirable. Is it essential that, as a general principle, truth is stated in outdated language?

Imagine the difficulties missionaries would face if they had to translate the Bible in a language which the tribe no longer spoke.

Is the problem the absence of a superior alternative? If so, would it not be the Protestant Reformed Churches’ duty to do the job themselves?

Another thing. A preacher may say something like: “Now about this word here in the A.V., that is not properly translated.” (This has been done in the SB) I wonder why this is not recognized for what it is: the questioning of the whole of the text of the A.V. Do that once, just once, and a precedent has been set, and the skids have been put underneath the whole book.

As I see it, a church which objects to the modem translations which are now available has only two options:

a) Do the job itself to its own satisfaction.

b) Use a straight word for word translation only.

We give hearings to people with other opinions.

To correct a translation in some passage from the Hebrew or Greek original is not to disparage, much less to reject, the entire translation.

If the KJV’s language has become outdated, the church must make this judgment, and the church should either approve another translation or make a new one. 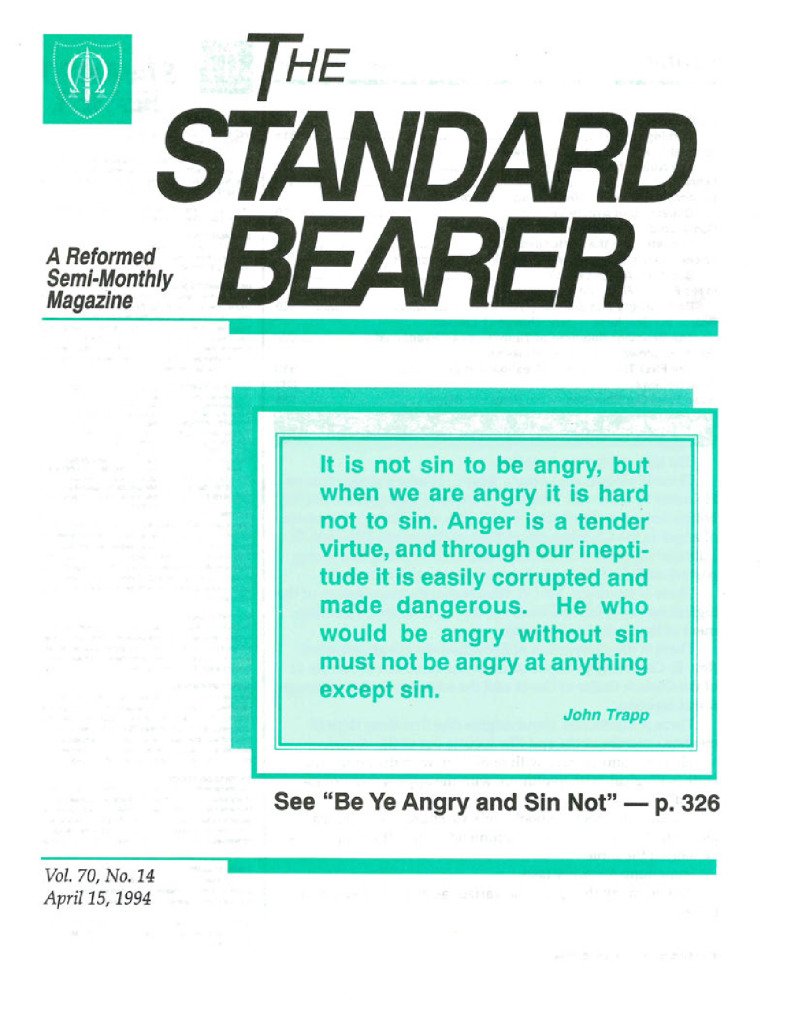