The new addition to the seminary building is well on the way to completion. The exterior was finished before heavy weather struck, the end of December. As I write, men are painting and installing the electric.

As of January 1, 1995, $360,000 has already been donated. The total cost is estimated at approximately $440,000. Synod 1994 decided to raise the rest of the money by collections in the Protestant Reformed Churches (PRC). The Theological School Committee (TSC) has asked all the Protestant Reformed congregations to give for the new addition in the collection at the special, Prayer Day worship service on March 8. This underscores the denominational nature of the seminary and enables all the congregations to act in unity in the support and promotion of their theological seminary.

Also, the addition will serve to house the archives of the denomination.

Those outside the PRC who may read this and who may have a heart for this work should not think themselves excluded. Already, a number of you have contributed more than $100,000. Send your gift, large or small, to Mr. Joel Zandstra, Synodical Treasurer, 5052 – 36th Ave., Hudsonville, MI 49426. Designate it for the seminary addition.

The second semester has begun. All eleven seminarians are in school. The two seniors, Alien Brummel and Doug Kuiper, have returned from their internships in Singapore and in Doon, Iowa. It is good to have them back, if only for a semester. Both are to graduate in June, in northwest Iowa, after examination by synod.

Prof. Herman Hanko taught the interim course in January on “The Theology of Augustine.” Several ministers and others, including men and women, attended the class.

Among the courses being taught this semester is a missions course by Prof. Robert Decker, “Cross-Cultural Missions.” Most of the students are taking this course either for credit or audit.

Ten of the seminarians are involved in practice preaching (all except the first-year student). Four are licensed to speak a word of edification in the churches. Eight are helping Grand Rapids area churches by teaching catechism classes.

The life of the seminary is busy. We are thankful to God that it is. God blesses us.

Pray for us all, students, faculty, staff, and TSC, that the churches may have able, devoted Reformed ministers and missionaries who will preach the Word without compromise. 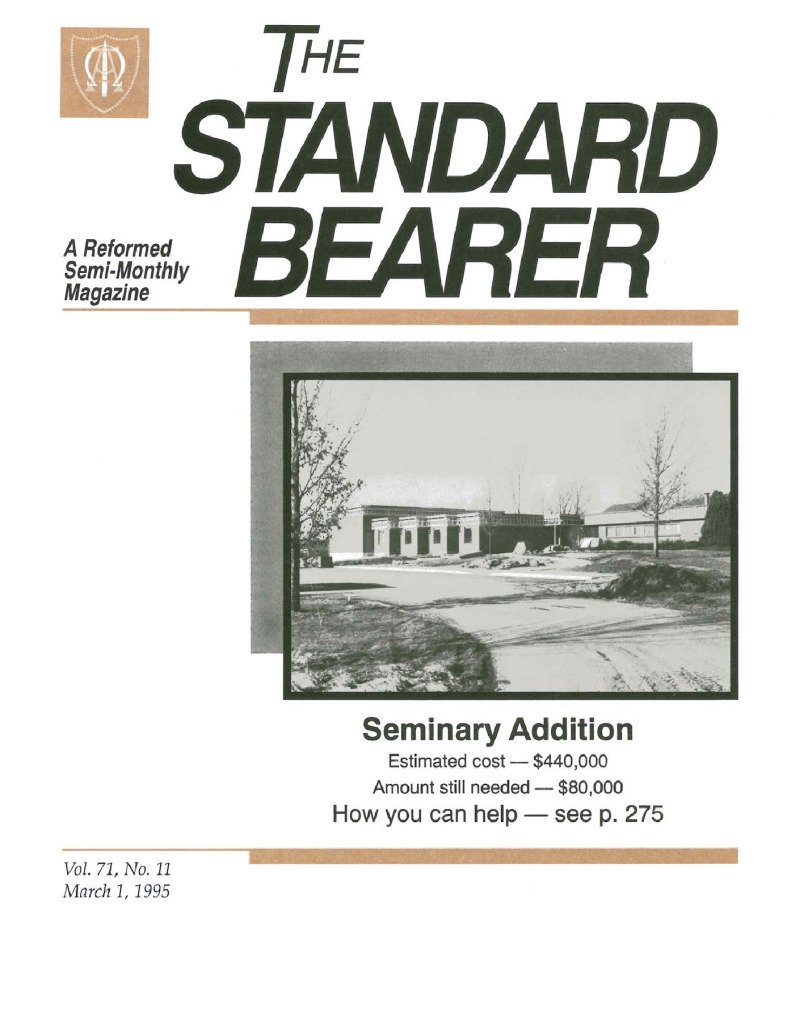