The faculty have recently licensed two more seminarians to speak a word of edification in the churches: Nathan Brummel and Garry Eriks. Mr. Brummel is an unmarried third-year student originally from the Edgerton, MN PRC. Mr. Eriks is a married second-year student originally from the South Holland, IL PRC. He and his wife Jennifer (Buys) have one child. The faculty are arranging an internship for Mr. Brummel later this year.

The four seniors are back for the second semester after completing their internships. Daniel Kleyn was in South Holland, IL PRC; James Laning, in Southwest PRC in Grandville, MI; Darren Thole, in the Covenant Orthodox Presbyterian Church (OPC) of Abilene, TX; and Martin VanderWal, in the First PRC of Holland, MI. Seminarians Kleyn, Laning, and VanderWal will be examined before the synod of the PRC in June of this year with a view to becoming candidates for the ministry in the PRC. Seminarian Thole will seek admission to the ministry in the OPC.

Several men from outside the PRC will be entering seminary in the fall. Not even one man from the PRC will be enrolling for the 1997/1998 year. The PRC have only one student in each of the first three years of the four-year program.

Through the overwhelming generosity of supporters both within and without the PRC, the debt remaining on the new addition to the seminary building is now under $3,000. The total cost of the expansion and, remodeling of almost $500,000 was brought up within a few years entirely by gifts, apart from assessments. We are moved by this evidence of strong support for our work, and encouraged. We see this support as an expression of zeal on behalf: of the gospel of salvation by God’s glorious, sovereign grace alone.

There have also been visible expressions of support of the seminary consisting of the donations of original oil paintings. Some are lovely depictions of scenes in the Netherlands. One is a large, impressive portrait of Herman Hoeksema. The paintings add to the appearance of the new library. All are invited to stop by to see the addition and to view the paintings.

May Christ the King answer the prayers of His people and bless our work by giving able, faithful pastors and teachers to the churches. 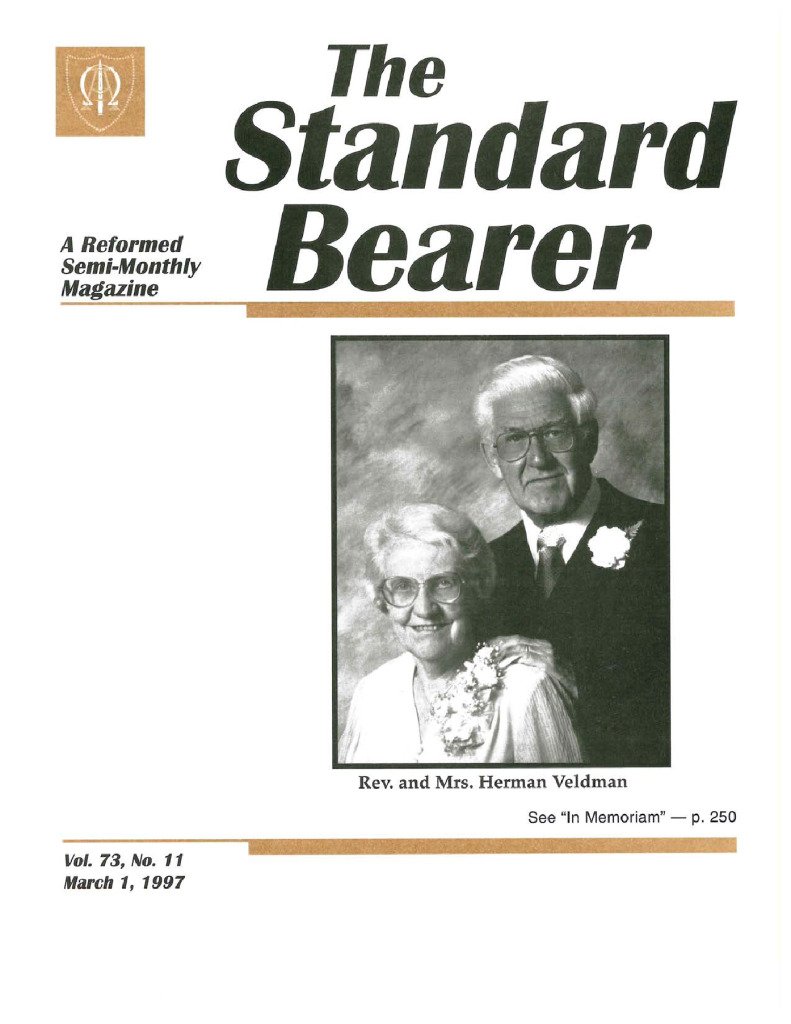