Kuyper’s Prayer for the “Free”

Kuyper’s Prayer for the “Free”

The Dutch paper Waarheid & Eenheid (Oct. 31, 1980) contains .an article by J.P. Wijsman in connection with this year’s one hundredth anniversary of the Free University of Amsterdam. In this article Wijsman quotes at length from an article in the Dutch Christian newspaper, Koers, from the pen of Dr. M.J. Arntzen. Dr. Arntzen was at one time one of the “concerned” in the Gereformeerde Kerken and also a co-editor ofWaarheid & Eenheid. Later he could no longer tolerate the situation in the GKN, and he left that denomination. For a time he was minister in the so-called Liberated Churches (buiten verband), a group which leads a separate existence from the original Liberated Churches. Still later Dr. Arntzen moved over to the Liberated Churches, sometimes referred to as the Free Reformed Churches of the Netherlands. In connection with the above-mentioned anniversary of the Free, the significant thing to remember about Dr. Arntzen is that he is an alumnus of the Free, and therefore speaks from firsthand knowledge.

He reminds his readers of the fact that in the years when he studied at then Free, and even as long as 15 or 20 years ago, God’s Word was held in full reverence. This was also true in the area of exegesis, which was not for that reason less scientific. But now things have changed. All emphasis is laid on the human aspect of the Bible. The books of the Bible come under historical criticism just as any other human writings, thus the theological faculty of the Free teaches. In the course of the same article he calls attention to the fact that the dogmatics taught by Kuyper and Bavinck in former years is now replaced by instruction that is often radically liberal. He would advise young men who wish to study theology not to go to the Free, lest they lose their faith. They could better go to the state universities of Utrecht or Leiden, or still better to Apeldoorn (of the Dutch Christian Reformed Churches) or Kampen-Broederweg (of the Liberated). He flatly states that the Free University, as a university faithful to Scripture, which purposes to practice science from the viewpoint of the Reformed confession, is a thing of the past. Kuyper and Rutgers would undoubtedly be astonished at the fabulous growth of the Free and would marvel at the fact that the Free can stand on even footing with other Dutch universities. But Kuyper would indeed be upset if he could observe modern developments at the Free, which has forsaken Kuyper’s “holy principle.”

Dr. Arntzen then reminds his readers of the last words of Abraham Kuyper’s concluding prayer when the Free was opened: “And Thou Who provest the reins. . .break down the very walls of this Institution and blot it out of Thy sight, if ever it should purpose and desire anything else than to glory in that sovereign, free grace which is in the cross of the Son of Thy tenderest love! Lord, Lord God, let all our help be in Thy Name, in Thy Name alone!”

If the Lord heard that prayer in the literal sense of the word the walls of the Free would today be broken down. It has long since forsaken Kuyper’s “holy principle.” 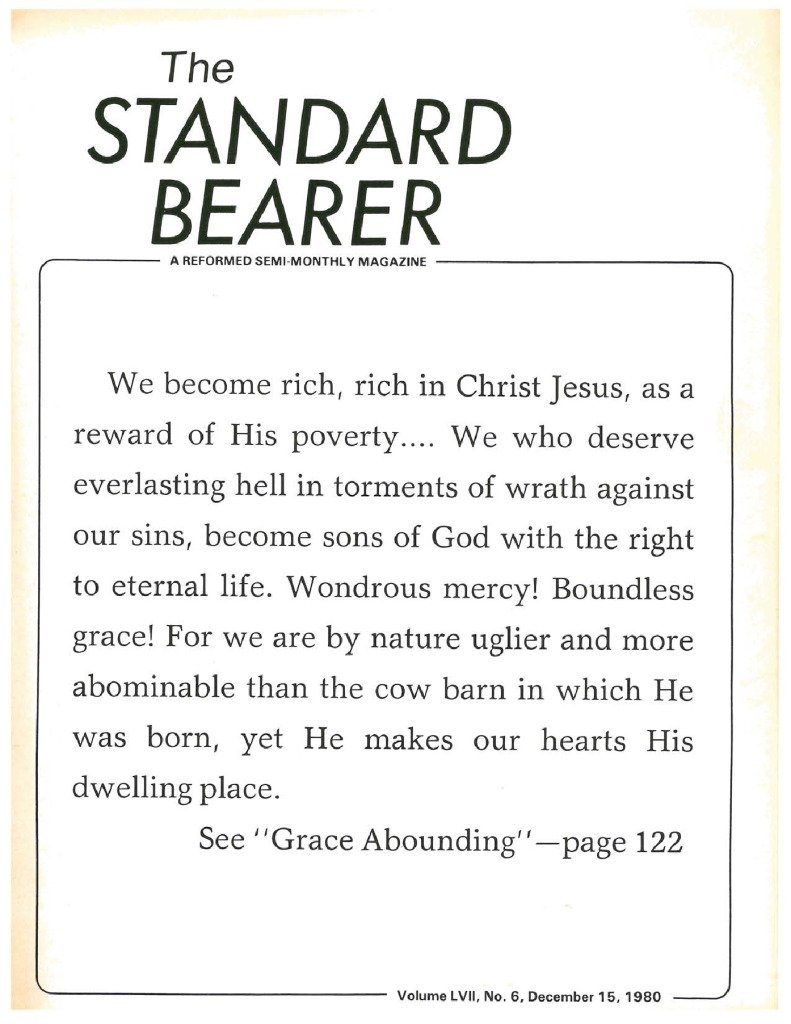