Rev. Heys is doing well. He experiences no pain and is gaining strength daily. He is able to teach catechism and Bible Study. He will be preaching again by the time this news reaches you. He sent word to Holland Protestant Reformed Church thanking them very much for all the letters, cards, and calls that he and his wife received. May God continue to give him a rich measure of recovery.

The Middle Ages, to a large extent, form an interim in the development of doctrine and the truth of the Word of God. The church in the West had been overrun by invasions of Germanic pagans which destroyed the structure of society and culture. With the removal of the government of the Roman Empire to Constantinople in the East, the only effective government in the West gradually became the church. Gregory the Great became Bishop of Rome in 590.

(THE TRANSLATORS OF THE KJV—continued)  In these six companies of translators were gathered together the most learned men of the age. Often times today it is charged that the King James Version is obsolete, for we have learned so much more and have men who are much greater scholars than those of the 17th century and who, therefore, can do a much better job of translating the Bible. Indeed, we have gathered much general knowledge in the past three hundred and fifty years. It is not true, however, that the King James Version translators were inferior scholars.

The Third Commandment is very closely related to the Second. In the Second Commandment we learn that God must be worshiped in spirit and in truth because He Himself is a Spirit, immortal, invisible, Whom no man hath seen or can see (John 4:24; I Tim. 1:17, 3:16).

Article 7: And He shall come again, with glory, to judge the quick and the dead; Whose kingdom shall have no end.

We have seen that the apostle Peter wrote this letter to the persecuted saints who were in need of encouragement. The oppression of government, the fear of death affected their outlook on life. With the light of the Christian hope shining upon their dark circumstances, they would focus more clearly upon their place in the world and the need to press on in the calling of serving the Lord.

An interesting and significant fact is uncovered when one looks a bit carefully at the information given us inEsther 3:1, 2. We are told that King Ahasuerus promoted Haman the Agagite, and that Mordecai the Jew—who had been introduced in Esther 2:5 as a Benjamite—refused to bow and reverence Haman.

Editorials will be omitted in this issue, in order to make room for other departments which have been waiting for publication and which were crowded out when editorials and correspondence in some recent issues took more than their quota of space. 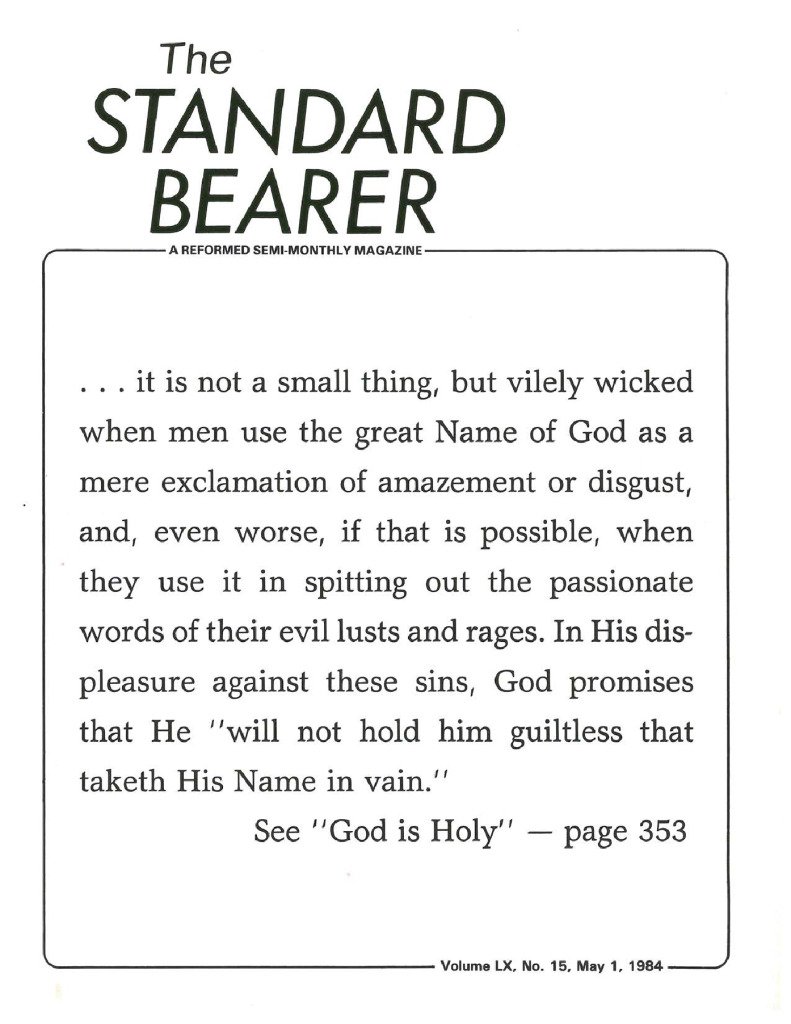