Are there ever times in your life when you have imagined what that very day of Christ’s return would bring? How often a child of God finds himself contemplating the events which will surround Christ’s second appearance! And is not that but natural?

COMMENTARY ON GALATIANS, by F. F. Bruce; Eerdmans Publishing Co., 1982; 305 pp., no price given. (Reviewed by Prof. H. Hanko) This book is part of the New International Greek Testament Commentary, edited by I. Howard Marshall and W. Ward Gasque.

In discussing some of the different ways in which our creeds can be used we have attempted to show how the creeds can and must be the living confession of the church as she draws her life out of the Word of God. In pointing out these various uses of the creeds we have made no claim to be exhaustive, but have simply tried to distinguish some of the more important ways in which we maintain our Reformed heritage as it is given us in the creeds. Cur purpose in doing this has been to encourage the use of the...

We now begin our study of the three letters which Paul wrote between his two imprisonments in Rome. They are called “Pastoral Epistles” because they were written to two individuals who functioned as pastors, namely Timothy and Titus. While Paul wrote these letters to these men, he also intended that the letters should be read to the churches, hence they are instructive for the church of all ages. The order in which they were written is I Timothy, Titus, and II Timothy.

Last installment we considered that in the days of Noah the mighty and noble men of this wicked world had developed God’s good creation in the service of sin and Satan. The world, had developed greatly in her technology and industry; in fact, civilization had reached the very height of its development. Jabal, Jubal, and Tubalcain, the wicked sons of evil Lamech, had made it their aim and goal to make this world useful for themselves, and useful in such a way that they might fulfill their own lusts and passions.

I am a barren woman. A barren woman nearly past the age where I must forever give up the hope of bringing forth God’s covenant seed and the joy of ever holding in my arms my very own baby. Barren—a word full of emptiness. Empty arms, empty home, empty heart. Barren—a lonely word, full of longing for what can never be. For several years now I have been thinking of writing an article on this subject. Why? Certainly not for sympathy. Your sympathy will do me no good. Neither will it dispel my barrenness.

Having blessed his twelve sons, having gathered his feet into the bed, and having stretched himself out in a relaxed position upon the bed, Jacob gave up the ghost, and was gathered with his fathers. Thus the matter is presented to us in the last verse of Genesis 49. 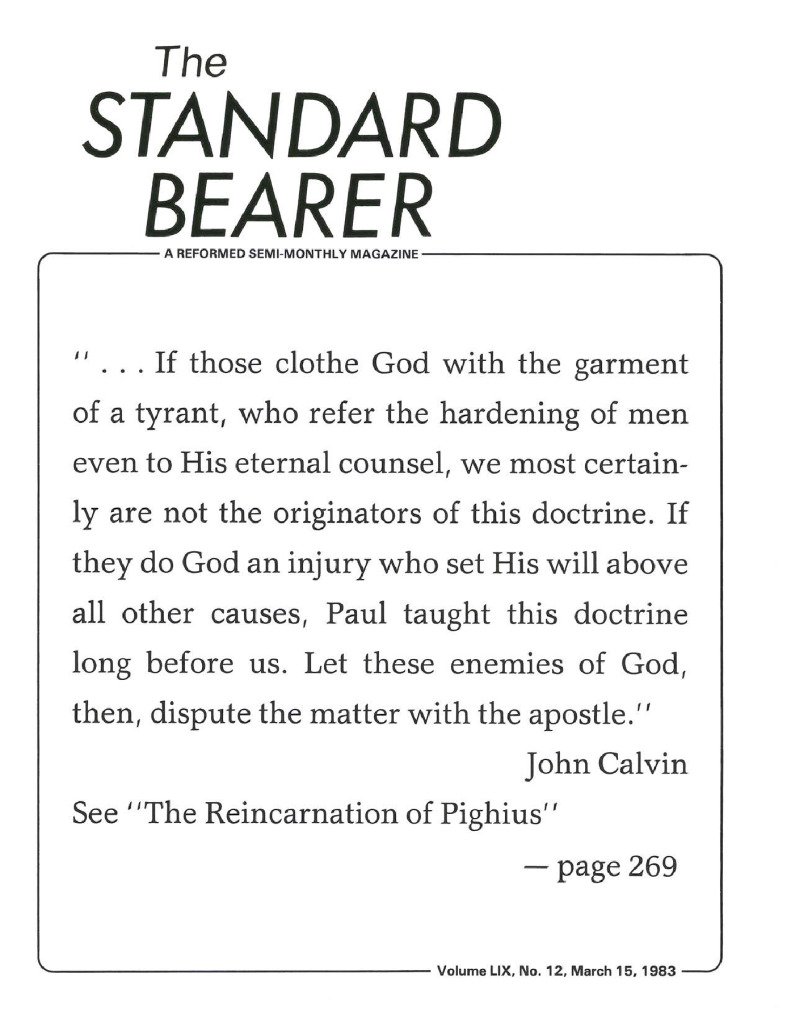