The calls of Redlands, California and Isabel, South Dakota to Reverends Slopsema and Bekkering, respectively, have both been declined.

THIS WAS JOHN CALVIN, by Thea B. Van Halsema; Baker Book House, 1981; 221 pp., $3.95 (paper). (Reviewed by Prof. H. Hanko.) This book was first published in 1959 as part of the Christian Biography Series. It has since been translated into several languages and now published in paperback. It is an excellent biography of John Calvin and we highly recommend it.

A reader asks:  “I would appreciate a discussion of the concept ‘yielding’ in Romans 6:13

We conclude our discussion of what we have designated as the dominating spirit of our age, namely the absence of shame, or if you will, the callous conscience. We have stated that the historical Christian church herself has taken the lead role in encouraging men to lead lewd, defiant lives. They have assured the underprivileged (found both among the neglected poor and the spoiled rich) that God does not condemn their disobedience, but He condemns rather those who have insisted upon a “puritan” morality, and who have given people a guilt complex.

In this Chapter I would call the reader’s attention to certain key passages of the Bible which shed the only light on the question of what must be considered by the Bible-believer to constitute the “all nations” which are blessed in faithful Abraham. When the Post-millennialist interprets the term all “nations” in the prophecies of the Old Testament, he insists that this must refer to all nations as such. The “nations” will be saved, and not simply the elect out of every nation.

I am going to interrupt our letters on pastoral work for a while to turn to another subject which has recently come to my attention, and which is of sufficient importance to write to you about without delay. It is somewhat misplaced to write to you about this, because, with these letters, I really want to reach your congregation and the saints to whom you minister the word. But I am writing to you and not to your congregation in order that you may instruct the people of God under your care concerning this matter.

If the life of the Apostle Paul indicates anything at all it indicates that the work of a faithful missionary of the Gospel of sovereign grace is incredibly difficult. Acts 17records the history of the Apostle’s work in Thessalonica and Berea while on his second missionary journey. In both places there was much positive fruit upon the preaching of Paul. Many believed and churches were established. In both places, however, the Apostle encountered fierce opposition and persecution.

(In the last couple of paragraphs Kuyper, while speaking of the way in which the church is deformed, describes how that deformation takes place in the confession and walk of the members and in the deterioration of the ministers of the Word in their calling.)

Mistaken on All Counts 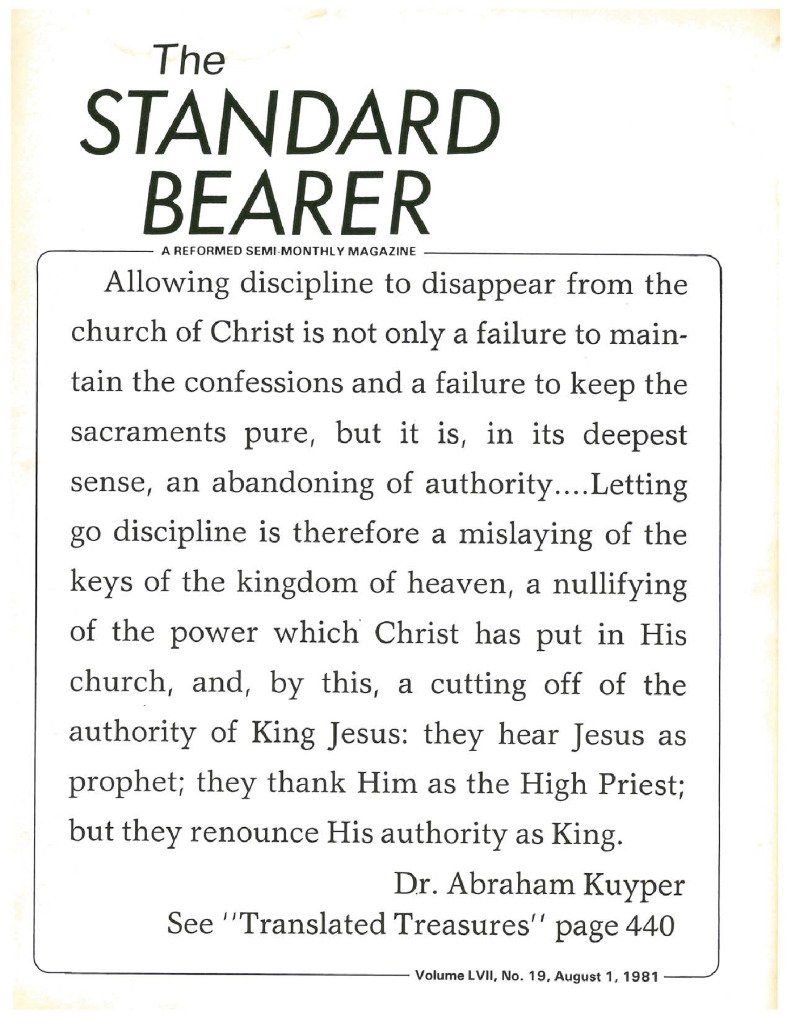