Such is the title of an interesting and timely editorial appearing in The Bannerof February 5, 1960, written by ‘the Rev. John Vander Ploeg.

Feb. 19, 1960  The congregation at Hull has named the following trio from which to elect a man they shall call to come over and help them: Revs. G. Van Baren, M. Schipper and. R. Veldman.

The 44th Article of our Church Order reads as follows:

The above title does not refer to the teaching of Moses and of Christ concerning the whole subject of divorce, but only concerning Jesus’ interpretation of one of the laws of Moses. The text referred to in the title is found in Deuteronomy 24:1-4.

And it came to pass at the end of two full years, that Pharaoh dreamed . . .  Then Pharaoh sent and called Joseph, and they brought him hastily out of the dungeon . . .  And Joseph said unto pharaoh, the dream of Pharaoh is one: God hath shewed Pharaoh what he is about to do. 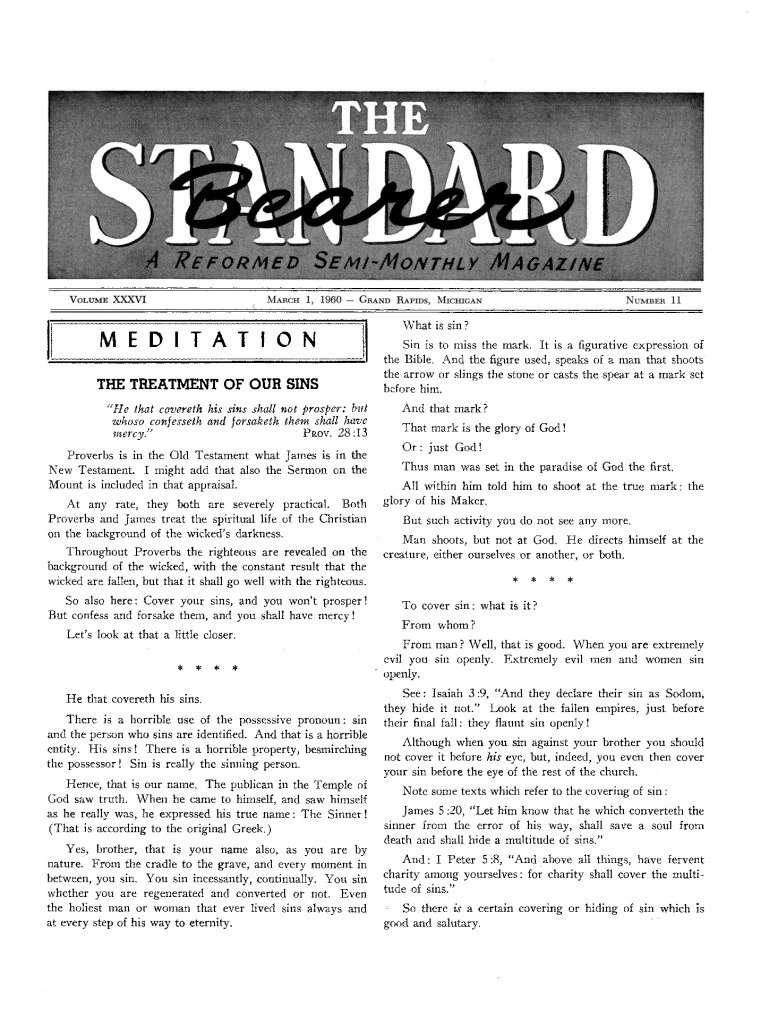