Note on Luke 2:14.  Into my hand was placed a clipping from the Chicago Tribune dated Saturday, September 24, 1955 with the above title. We considered the article interesting enough to pass on to our readers.

The task of selecting men to serve in the offices of the church is a very serious matter. Calvin says that Paul mentions it in preference to everything else because in the spiritual building (the church) it nearly comes next to the doctrine. It is a labor that must be done with greatest discretion and much prayer. The church that ignores this will surely suffer dire consequences of ill-government for it is like a plague to the church when either unscrupulous or spiritually incompetent men control the presbytery.

Article VII. Who teach: That there is in this life no fruit and no consciousness of the unchangeable election to glory, nor any certainty, except that which depends on a changeable and uncertain condition. For not only is it absurd. to speak of an uncertain certainty, but also contrary of the experience of the saints, who by virtue of the consciousness of their election rejoice with the Apostle and praise this favor of God,Eph.

We now will continue to write our exposition of the first four Chapters of Paul’s first letter to the church at Corinth.

Before I proceed quoting Kok e.a. about Art. 31 of the Church Order, I would like to ask Meyering where he obtained what he alleges to be a certain literal quotation of mine.

“Happy is he that hath the God of jacob for his help, whose hope is in the Lord his God.” Psalm 146:5 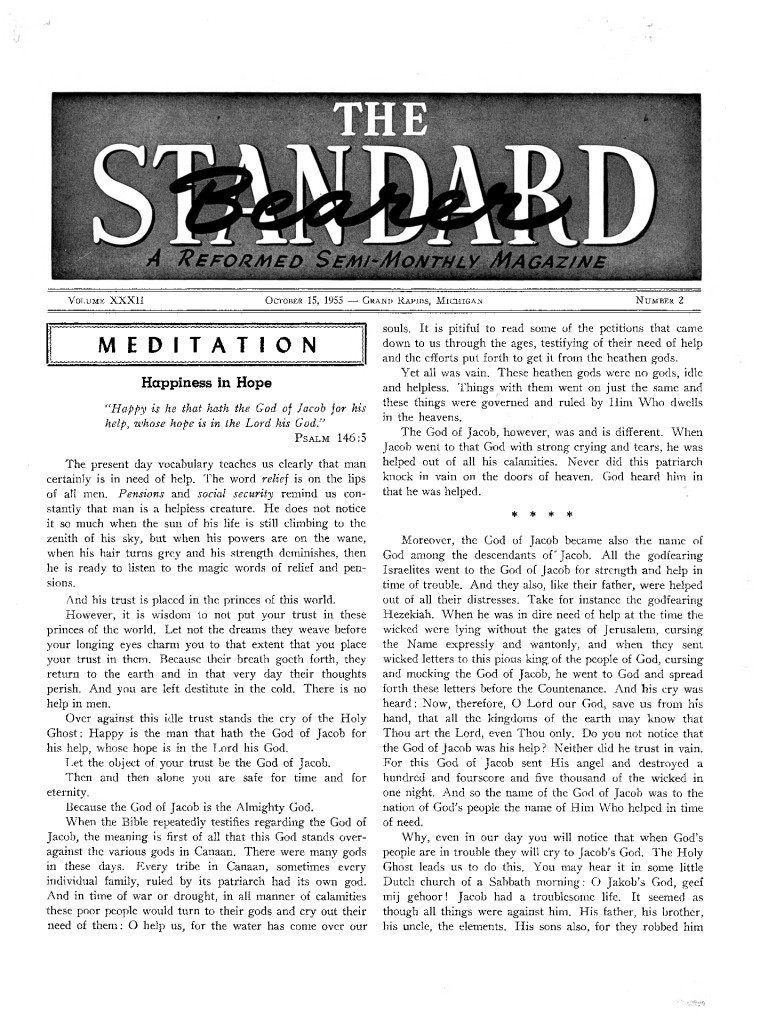