One of the highlights of the 1998 synod of the Protestant Reformed Churches was the decision taken by the synod, on the advice of the Domestic Mission Committee, to call a second home missionary. The decision called for this missionary to concentrate his labors in the eastern United States, complementing the work of Rev. Thomas Miersma, who is laboring as home missionary in the western part of the country. The work would begin in Pittsburgh, Pennsylvania. The reasons for beginning in Pittsburgh were twofold. First, the Domestic Mission Committee has been laboring with a group of believers there for over two years. And secondly, the large city of Pittsburgh provides the PRC with many opportunities for labor in a place where the witness to the Reformed faith is relatively small. Southwest Protestant Reformed Church of Grandville, Michigan was designated as the calling church.

Soon after synod’s decision, the council of Southwest proposed a trio of ministers to its congregation. From that trio a call was issued to Rev. Jai Mahtani to serve as a second home missionary of the PRC. Believing it to be God’s will for him, Rev. Mahtani accepted that call.

We rejoice that God has so graciously provided Rev. Mahtani for this labor. Pastor Mahtani is not only experienced in the work of missions, but has a heart for missions.

The group is meeting for worship services every Lord’s Day at the Hampton Inn, located at 4575 McKnight Road. Sunday services are at 11:00 a.m. and 5:00 p.m. Besides the Sunday services, weekly catechism classes and Bible studies are being held.

Everyone living in the Pittsburgh area is cordially invited to attend the worship services. Feel free to contact Rev. Mahtani with any questions you may have.

Members of the PRC are encouraged to visit the work in Pittsburgh and become acquainted with the saints there.

May God bless the decision of synod 1998! May He prosper the labors of Rev. Mahtani! And may the work in Pittsburgh flourish! 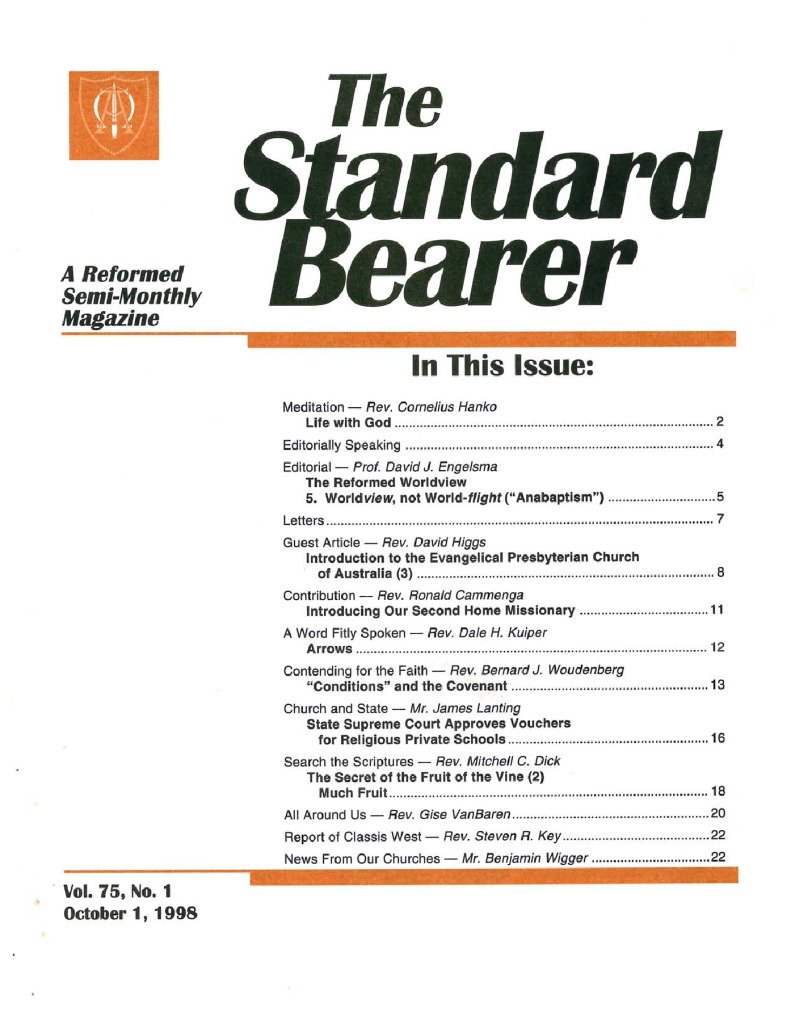