Rev. Hanko is pastor of the Protestant Reformed Church in Lynden, Washington.

The prophecy of Haggai, though little known, is a book of enormous value, not only as a record of God’s dealings with His people in the Old Testament, but also as a reminder of God’s regard for and faithful care of His church in the New Testament. The book of Haggai is a book about the church, about the calling that every member of the church has within the church, and about God’s faithfulness to His church. It is, therefore, a book that very much needs to be read and understood in times such as these, times in which the church is despised and neglected and fallen into spiritual ruin.

The prophecy concerns the rebuilding of the temple following Judah’s return from captivity in Babylon. Though that might seem to have little bearing on our life and calling in the New Testament, it is in fact a vivid and unforgettable reminder of the truth of the Reformation slogan concerning the true church of Christ, that it is “reformed and always reforming.” The calling that Judah had to rebuild God’s house is ours also—a calling that continues until the Desire of all nations comes again as He has promised.

Haggai is the first of the three prophets of the return. He began his prophecies about two months before Zechariah, and the two of them prophesied about thirty years before Malachi. There can be no doubt that he is the author of these prophecies, since he is named nine times in the book and twice in Ezra. His work as a prophet in Judah who brought the Word of God concerning the rebuilding of the temple is confirmed inEzra 5:1, 2, where we read:

Then the prophets, Haggai the prophet, and Zechariah the son of Iddo, prophesied unto the Jews that were in Judah and Jerusalem in the name of the God of Israel, even unto them. Then rose up Zerubbabel the son of Shealtiel, and Jeshua (also called Joshua) the son of Jozadak, and began to build the house of God which is at Jerusalem: and with them were the prophets of God helping them.

Haggai is also mentioned in Ezra 6:14:

Some suggest that although Haggai is the author of the prophecies, this does not necessarily mean that he actually wrote the book, since he is referred to in the third person throughout. Three times, however, we read literally that the Word of the Lord came “by the hand of Haggai” (Haggai 1:1, 3; Haggai 2:1; cf. also Acts 7:35;Gal. 3:19), which would indicate that he is also the one who wrote the prophecies down, so that the book and the prophecies are contemporary.

That the prophecies of the book are the Word of the Lord by the hand of Haggai reminds us of the inspiration of the Scriptures. In this book, too, God used a man to preserve his Word in writing for all ages, while insuring that what was written remained “the Word of the Lord,” infallible and perfect.

We know nothing about Haggai, except that he prophesied about twenty years after the return from Babylon, as a contemporary of the prophet Zechariah, when Zerubbabel was governor of Judah and Darius king of the Persians. He is not mentioned elsewhere in Scripture, except in Ezra, and neither his prophecy nor the book of Ezra give us any information about him. There is not even any clear evidence that his name has any significance.

As far as we know, he delivered only four prophecies, each of which is marked in the book of Haggai by a date. Those four prophecies were given over a period of just under four months (fifteen weeks). Whether Haggai’s career as a prophet lasted longer, and whether there were other prophecies besides these four we do not know.

All this is of some significance. That we know so little of Haggai is a needed reminder that what he says is the Word of God. The man himself matters very little in light of that important fact. That his prophecies are the Word of God and not the words of a man is important, for the message is a message that must be heard by God’s people in every age. It is a Word of God the relevance of which has not changed though many hundreds of years have passed and though the circumstances of the church are ever so different.

That Haggai apparently prophesied for only a very short time speaks of the Lord’s sovereignty in His dealings with His people. The men He uses to bring His Word are merely instruments of His sovereignty and grace, to be used as He sees fit, even if it is only for a few months and to speak a few words.

The book dates itself to the second year of Darius, king of Persia. This is confirmed in Ezra 4:24:

Then ceased the work of the house of God which is at Jerusalem. So it ceased unto the second year of the reign of Darius king of Persia.

This Darius is not the same man as Darius the Mede, the conqueror of Babylon, mentioned in Daniel 5:28. He had died eighteen years earlier and had been followed by Cyrus the Great, who sent the Jews back to Judah, and by several other kings. The Darius of Haggai’s days is almost certainly Darius I Hystaspes, also known as Darius the Great, who ruled Persia from 520-485 B.C. This Darius is also very likely the same man as the Artaxerxes of Ezra 7:1-21 and of Nehemiah 2:1,Nehemiah 5:14 and Nehemiah 13:6, and the Ahasuerus who married Esther and is referred to in that book. Haggai, then, prophesied around 520 B.C., twenty-two years after the return from captivity during the early years of Darius’ rule.

In secular history Darius is the Persian king who first tried to conquer Greece and whose armies were defeated at the battle of Marathon. It is striking that, great king though he was, none of his exploits are mentioned in Scripture, except very briefly in the book of Esther (1:1), where he is remembered as the king who ruled from India to Ethiopia. Scripture’s bare mention of him is a reminder that God judges greatness by a different standard than men do. Those who are great in the world are usually of little account in the kingdom of God, and those who are unnoticed and who die unremembered in the world, like Haggai, are often of great account in that kingdom.

In the context of that history the book of Haggai shows that the rebuilding of God’s house was the main reason for the return from captivity. God was concerned above everything else with His house and the glory of His own name in that house. Even the return of His people from captivity and their reestablishment in the promised land is only a means to that end. The Jews should have been and we must be equally concerned for the house of God.

In the years that followed, however, very little more was done, so that at the time of Haggai’s prophecies twenty years later, the temple was still unfinished. Originally the work had stopped because of the interference of Judah’s enemies. These enemies, especially the Samaritans, had themselves interfered with the work and had hired counselors (something on the order of lawyers) who also did all they could to stop the work (Ezra 4:4, 5). Those efforts had been unsuccessful while Cyrus and his successor Ahasuerus (not the husband ofEsther but a man known in secular history as Cambyses) were still living, but when Artaxerxes (known in history as Pseudo-smerdis) became king, they were able to have the work stopped (Ezra 4:7-24). Artaxerxes listened to the charges of these enemies that the rebuilding of the temple would be an occasion for rebellion and ordered the work stopped.

Nevertheless, as God pointed out through Haggai, the interference of these enemies was not the only reason the temple remained unbuilt. The work God had given Judah to do had been neglected, and it is that neglect that God admonishes through Haggai’s prophecies, urging the Jews to finish their work on the temple and promising them His blessings when they obeyed.

The Jews did obey, and the work on the temple was finished five years later in the last month of the sixth year of the reign of Darius (Ezra 6:15). We do not know if Haggai was still living or prophesying when the work was finished. He says nothing of it. His concern was getting the work underway and encouraging the people to continue. Once that was accomplished, he fades from the scene of biblical history. God’s Word through him, however, remains and continues to be of value to the church.

These prophecies of Haggai are four, each identified by the date on which it was brought, all of them in the second year of Darius. The first is dated to the first day of the sixth month and is found in Haggai 1:1-15. The second came less than a month later on the twenty-first day of the seventh month and is found in Haggai 2:1-9. The third and fourth were about two months later, on the twenty-fourth day of the ninth month, and include Haggai 2:11-19 and Haggai 2:20-23.

Most scholars agree that these dates can be determined with quite a degree of accuracy from Babylonian records as follows: 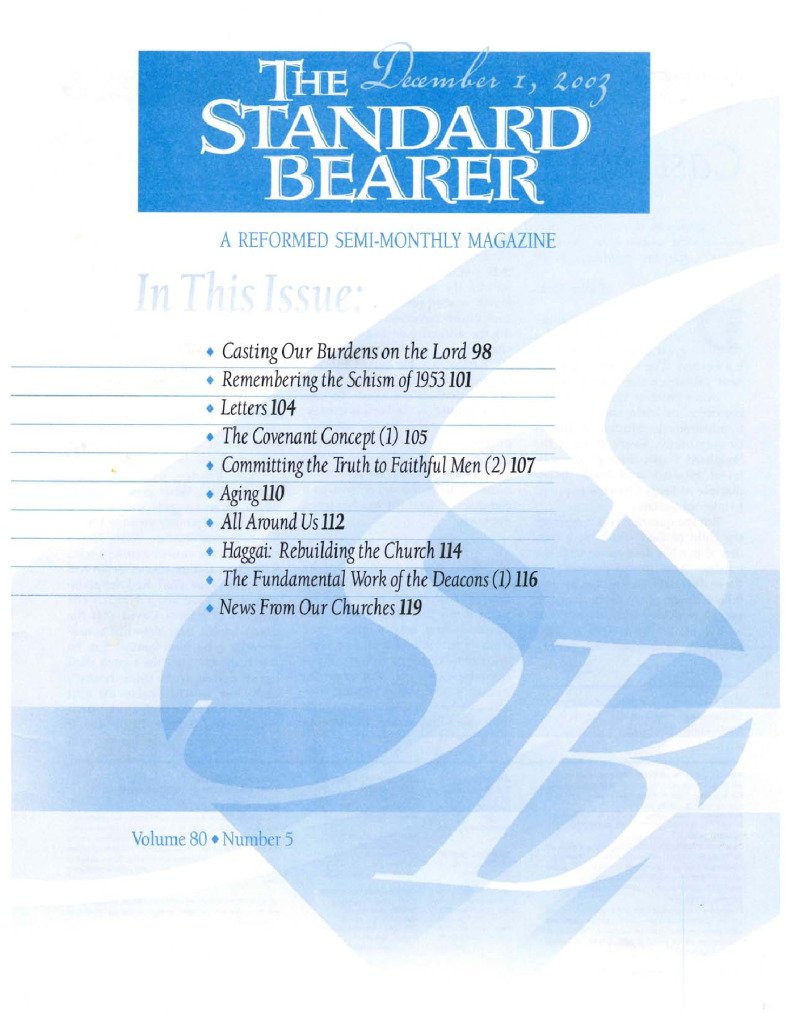