We have seen that the Old Testament temple and the New Testament church have the same name in Scripture. They are both called the house of God because they are the place of God’s covenant, the house where God and His people live together under one roof and as one family—where He is their Father and Jesus is their elder Brother through the communion of the Holy Spirit. This identity of temple and church is our point of contact with the prophecy of Haggai.

God had promised that the temple would be His house, the place of His covenant, in the Old Testament:

And I will sanctify the tabernacle of the congregation and the altar: I will sanctify also both Aaron and his sons, to minister to me in the priest’s office. And I will dwell among the children of Israel, and will be their God.

That promise was first fulfilled when God in the cloud of glory came to the tabernacle in the wilderness.

For the same reason the church is called the house of God in the New Testament. It is the place above all others where God lives with His people in blessed and close covenant fellowship. It is the place where the family of God meets together, eats together the bread of life, and does the work of God’s kingdom and covenant.

If the temple is not the church prefigured and typified, then the book of Haggai has nothing to say to us as New Testament Christians. Even if it is true, as the Dispensa-tionalists believe, that the Old Testament temple will be rebuilt in Jerusalem during a thousand-year period preceding the end of the world, that temple and the book of Haggai are still of no significance for us. The temple and sacrifices were Jewish and will remain so even if the temple is rebuilt before the end of the world. In that case our interest in Haggai can only be that of idle curiosity.

If the temple is the same as the church in the New Testament, then the calling to rebuild the temple is our calling — our calling to be always busy building and rebuilding the church. Of that calling we will speak more fully as we go on, but that calling is carried out in the New Testament in all the work of the church, as well as in the way of church reformation. It is the constant calling of every believer, something the great Protestant Reformation recognized in its description of the true church as “reformed and always reforming.” It includes even the daily lives of God’s people when they are working for the cause and kingdom of God.

Here in Haggai 1:2 God points out that the reason for the unfinished work on the temple was not the interference of enemies or even the decree of the king, but that the people had given up in the face of many difficulties. The decree of Artaxerxes and the efforts of the Samaritans to halt the work had been taken by the Jews as a sign that God did not really mean them to be rebuilding the temple at that particular time. They had not entirely forgotten God’s command, but were suggesting that the work should be left to some future and more propitious time.

They had done what so many do today, taken what they thought was a sign from God and used that as an excuse to neglect God’s explicit command. Christians even today are quick to find signs in circumstances and things that allow them to live in disobedience to God’s explicit commands in the Scriptures. If their evil deeds are pointed out, then they excuse themselves by saying, “But God showed me that this is what I must do.” Further inquiry will usually show that God’s showing them what to do is nothing more than their taking some event in their lives as a sign from God.

We must remember that God’s Word is our only guide and rule for faith and life. Nothing from God will ever contradict His Word or allow us to live in disobedience to His Word. That is not to say that God does not guide us through circumstances, but we must be very careful that we do not misinterpret circumstances and providences, something we most certainly are doing if our understanding of those circumstances leads us into disobedience to God’s commands and revealed will in the Scriptures.

A young person who is considering marriage might think on the basis of circumstances that God is showing him whom to marry by the fact that He has brought into his life another person to whom he is attracted and who has come to depend on him and be his friend; but if that other person is an unbeliever, the command of God in I Corinthians 7:39 stands: “Only in the Lord,” and no circumstance may be interpreted to allow anyone to disobey that command.

Perhaps the clearest and only way that God guides us through circumstances is when He makes something impossible or does not give us what we have asked of Him. Even that, however, is open to misinterpretation, as the example of these Jews showed. Especially the decree of Artaxerxes suggested that it was impossible to build the temple at that time. Nevertheless, they had the command of God and at no time may circumstances come in conflict with such a command.

That God calls Himself here the Lord of hosts is a reminder that he controlled King Artaxerxes and all their enemies and that the difficulties they faced in the work were really from Him. That name, Lord of hosts, used so often in this book (twelve times), refers to the fact that all creatures in heaven and on earth, men, angels and devils, righteous and wicked, even inanimate things, are God’s army or host, which He commands and through which He brings to pass His own sovereign and unchangeable will.

Here God is reminding the people of Israel that the difficulties they faced were not outside of His control and most certainly must not allow them to think that they could disobey His command to rebuild the temple. That He refers to them through Haggai as “this people,” not “my people,” is an evidence of His displeasure with their disobedience and failure to bring their difficulties to Him.

What the Jews were saying to excuse their disobedience, then, was nothing more than pious sounding hypocrisy, and is not much different from what many do and say today. No one will deny that the church today very much needs rebuilding. Its worship is often profane and conducted with no thought for the glory of God, its members are wayward and scattered if not completely worldly, its witness is weak and faltering, and its work is misdirected. Yet many, instead of working to correct these things and to rebuild the church on a more biblical foundation, point to the times in which we live, which are evil, and use them as an excuse for forsaking the church and its work altogether, or for sitting back and waiting for someone else to fight the battles and do the work that needs to be done.

Many of them do not even realize that every Christian is called to that work, as all the Jews were in this verse. Not only the leaders, but the people are rebuked for sloth and indifference. In that respect, too, things are not very different today. The people cannot lay all the blame on the ministers, elders, and deacons of the church for the sad condition of the church, when they themselves are not willing to take up the work that needs doing.

3. Then came the word of the Lord by Haggai the prophet, saying.

4. Is it time for you, O ye, to dwell in your cieled houses, and this house lie waste?

The Jews had pleaded the difficulties that they faced as an excuse for their failure to carry out God’s command to rebuild the temple. They plead their poverty, the hostility of the Samaritans, and the decree of Artaxerxes as proof that the time had not come to build God’s house. God rebuked them for that, but He also points out in Haggai 1:3, 4 that the real reason for their failure was a gross materialism that revealed itself in a greater concern for their own houses than for God’s house. And, what is worse, their lack of concern for God’s house was really a lack of regard for God Himself and for the covenant He had established with them.

When they first arrived back in Judah they had immediately begun the work of rebuilding the temple and had shown a greater concern for it than for their own homes and farms, which were also ruined and infested with weeds and wild beasts. That had changed in the face of many trials, and though they were now living in homes of their own, God’s house was still waste. God is saying in effect, “You have a place to live and I don’t.”

That must not be misunderstood. That God lived in the temple in the Old Testament does not mean that He was confined to it. Solomon had confessed at the dedication of the temple:

Behold, the heaven and the heaven of heavens cannot contain thee; how much less this house that I have builded?

That God lived in the temple meant only that He revealed His glory there as the God of His people, spoke to them there, and kept His covenant with them there. Nevertheless, even that meant that until the temple was finished, there was no place for God to reveal Himself to Judah. Judah’s lack of concern reflected, therefore, on their attitude toward God and His covenant.

This verse makes it clear that the temple was far from finished at this time. God speaks of it as lying waste. That alone shows that there was much more to all of this than just the difficulties that they were using as an excuse. The decree of the king Artaxerxes forbidding the work had been passed only about five years earlier, but about twenty years had passed since the return and little had been done beyond the laying of the foundations. They just did not care anymore about God’s house and had spent their time working on their own homes.

When God speaks of their ceiled houses, the idea is not just that their houses were finished and could now be lived in, but that they had even had time to decorate and furnish their houses. The word used is the same as that used to describe Solomon’s work on the inside of the temple and of his own palace (I Kings 6:9; I Kings 7:3, 7). God describes their houses as “ceiled” to show how little concern they had for His house, which was still in ruins. It was not just that they needed roofs over their heads and places to live, but that their only interest was in their own homes and their own comfort there.

God puts them in their place and reminds them who they are by the double “you” of verse 4. He is reminding them that He is God and they but men, men whom he brought out of Babylon and took safely back to the land of Canaan. The words, therefore, express a certain incredulousness that they, who owe so much to God, should have so little care for His house and such selfish regard for their own. May we never be like them, and if we are may God give us repentance. 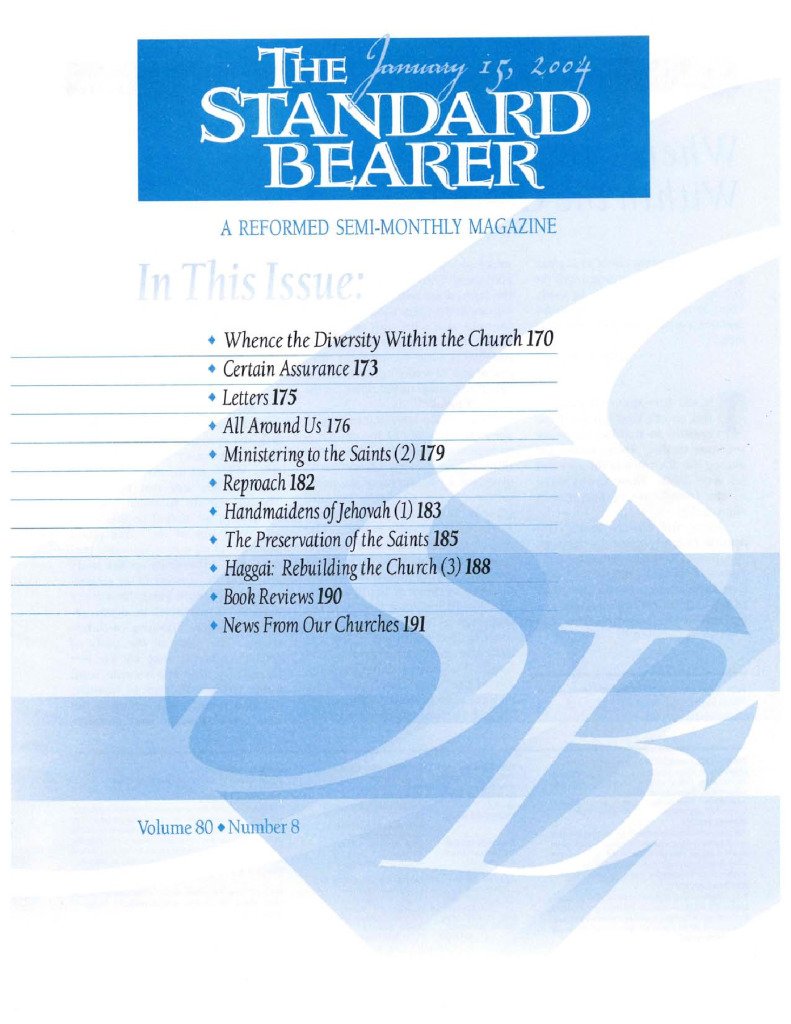