The previous article spoke of God promising deliverance to His covenant people. In this article we consider that the promise of our God is sure. It does not depend upon us for its fulfillment. Our salvation is entirely a gift of God’s grace.

The promise of God

It is common to hear people speak of God “offering” salvation. The Canons of Dordt speak of Christ being “offered” in the gospel (Canons III/IV, Art. 9). The Canons, however, use the word offer in a different sense. What the Canons state and what most today are saying is not the same. The English term offer comes from a Latin word that means to bring to or to bring before and can be used in more than one sense. It can mean:

When the Canons speak of Christ being “offered” in the gospel, it is using the word in the first sense. It means that Christ is set forth when the gospel is preached.

Many today, however, are using the term offer in the second sense. When they speak of God “offering” sal­vation, they mean that God in the preaching of the gospel expresses His desire to save all human beings.

Thus they are using the term to state something that is not true. God has made very clear that He desires to save only some. There are certain people whom He has unconditionally chosen to save. For them Christ died and in them God works faith. The very next article (Canons III/IV, Art. 10) says that God has “chosen His own from eternity in Christ” and that He confers faith and repentance upon them in distinction from others.

When we preach the gospel, we proclaim God’s promise: “For the promise is unto you, and to your children, and to all that are afar off, even as many as the Lord our God shall call” (Acts 2:39). “And this is the promise that he hath promised us, even eternal life” (I John 2:25). To offer (speaking of the term now only in the second sense listed above) and to promise are clearly different. To promise is to assure someone that you will do something.

When God promises salvation to someone, He is stating not only what He desires to do but what He certainly will do. It is certain that all those to whom God promises eternal life will live forever with Him. The re­ception of what God promises does not depend upon the recipient.

It is also particular.

God’s promise to the elect

God’s promises are not to all human beings. They are only to those with whom God has established His covenant.

It is true that not all the blood descendants of Jacob were God’s covenant people. There were many who were born in Israel who spiritually were not Israelites. As the Spirit says, “they are not all Israel, which are of Israel” (Rom. 9:6). It is also true that there were some who were not born in Israel who were nevertheless true Israelites. We think of Rahab and Ruth, for example. The point here is that God’s elect people are the recipients of His promise.

More specifically, Scripture tells us that God’s prom­ises are to Christ and those chosen in Him. In Galatians 3 we read that Christ is the one seed of Abraham and that He is the recipient of all that was promised: “Now to Abraham and his seed were the promises made. He saith not, And to seeds, as of many; but as of one, And to thy seed, which is Christ” (Gal. 3:16). The text says there are not many seeds of Abraham, but one seed of Abraham. That one seed is Jesus Christ, and all the covenant promises were made to Him.

Later in that chapter God goes on to say that what is promised to Christ is promised also to all those who are in Christ. “And if ye be Christ’s, then are ye Abraham’s seed, and heirs according to the promise” (Gal. 3:29).

God’s covenant promises are to Christ and those in Him. The promises of God are particular promises to a particular people.

God’s unconditional covenant has been confirmed. It was confirmed by Christ’s death. Scripture teaches that Christ has become the Surety and Mediator of a better, that is, the new covenant, and that a testament is of force where death has occurred (Heb. 7:22; 9:15, 17; Canons II, Error 2).

A person’s last will and testament states who will receive his/her possessions when he/she dies. All that is necessary for that doc­ument to be in force is the death of the person whose testament it is. God refers to His covenant as a testa­ment. For it to be of force Christ’s death was required. Since that death has taken place, the covenant is of force and all those for whom Christ died are certain to receive the promised inher­itance. Nothing else is required. The salvation we re­ceive is entirely a gift. It is a gift just as an inheritance is a gift.

We make a reference to this in our Lord’s Supper Form:

He cried out with a loud voice, My God, my God! why hast thou forsaken me? (Matt. 27:46; Mark 15:34) that we might be accepted of God and never be forsaken of Him; and finally confirmed with His death and shedding of His blood the new and eternal testament, that covenant of grace and reconciliation, when He said: It is finished (John 19:30).

What a comfort to know that our Lord has con­firmed the new covenant! The blessings He purchased we have already begun to receive, and the full reception of all that He has promised is certain.

Faith and obedience included in the promise

Some may respond to this and say, “But does not God call us to believe in Christ?” We answer that He certainly does. But faith is included in the blessings God promises His people.

Faith itself is part of the gift of salvation. We refer to this in the Canons of Dordt:

…it was the will of God that Christ by the blood of the cross, whereby He confirmed the new covenant, should effectually redeem out of every people, tribe, nation, and language all those, and those only, who were from eternity chosen to salvation and given to Him by the Father; that He should confer upon them faith, which, together with all the other saving gifts of the Holy Spirit, He purchased for them by His death (Canons II, Art. 8).

Christ purchased for us the gift of faith. He also produces in us not only the will to believe, but the act of believing also. He works in us both to will and to do of His good pleasure (Phil. 2:13). Faith and obedience are not conditions we fulfill to be saved. Rather, they belong to the gift of salvation that Christ purchased for us, His people.

What a comfort we have in Christ Jesus, our Lord! The promise of God is sure. We have no doubt that we will receive all that our Lord has promised us. With thankfulness to our God may we daily follow Him, joy­fully bearing our cross and cleaving unto Him in true faith, firm hope, and ardent love. 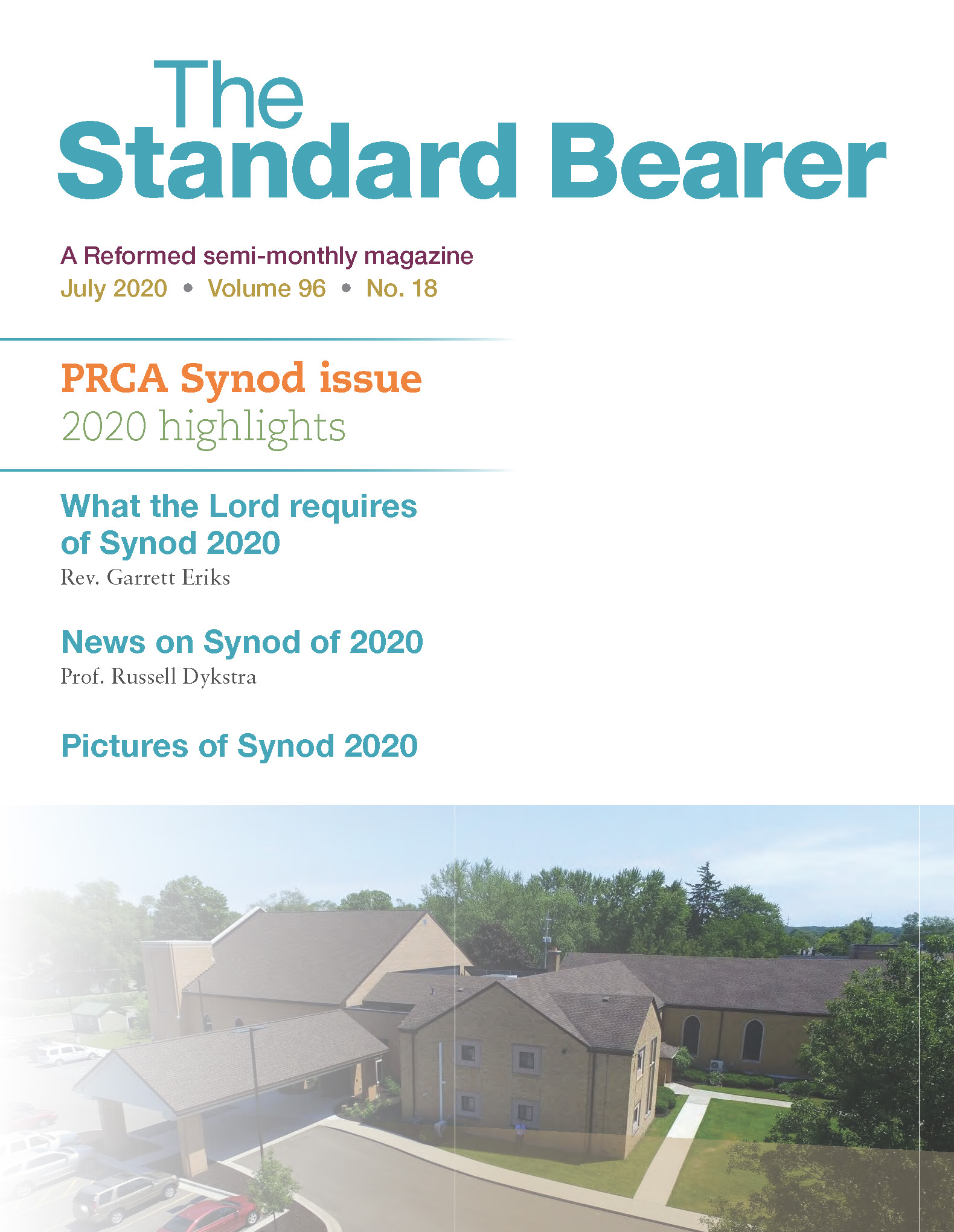