From Your Business Manager

From Your Business Manager

There is absolutely no doubt about the fact that the Editorial Staff of the Standard Bearer is the primary and most important department in the preparing of each issue of our publication. However, without the assistance and cooperation of the Board of the R.F.P.A., the proofreader, the printer, and other business men, the presentation of our paper would be impossible. Also, filling a small role in distributing each issue, is your Business Manager. His duties include the mailing of each issue, the mailing of renewal notices each month, and collecting the mail from P.O. Box 6064, Grand Rapids, MI 49506. They also include collecting the mail of the Publications Committee at P.O. Box 2006, Grand Rapids, MI 49501, and shipping and delivering of books to various addresses. The following statistics concern the mailing of our Standard Bearer. These figures have been compiled while mailing the October 15, 1981 issue:

To the remainder of Michigan and other states: 761 copies 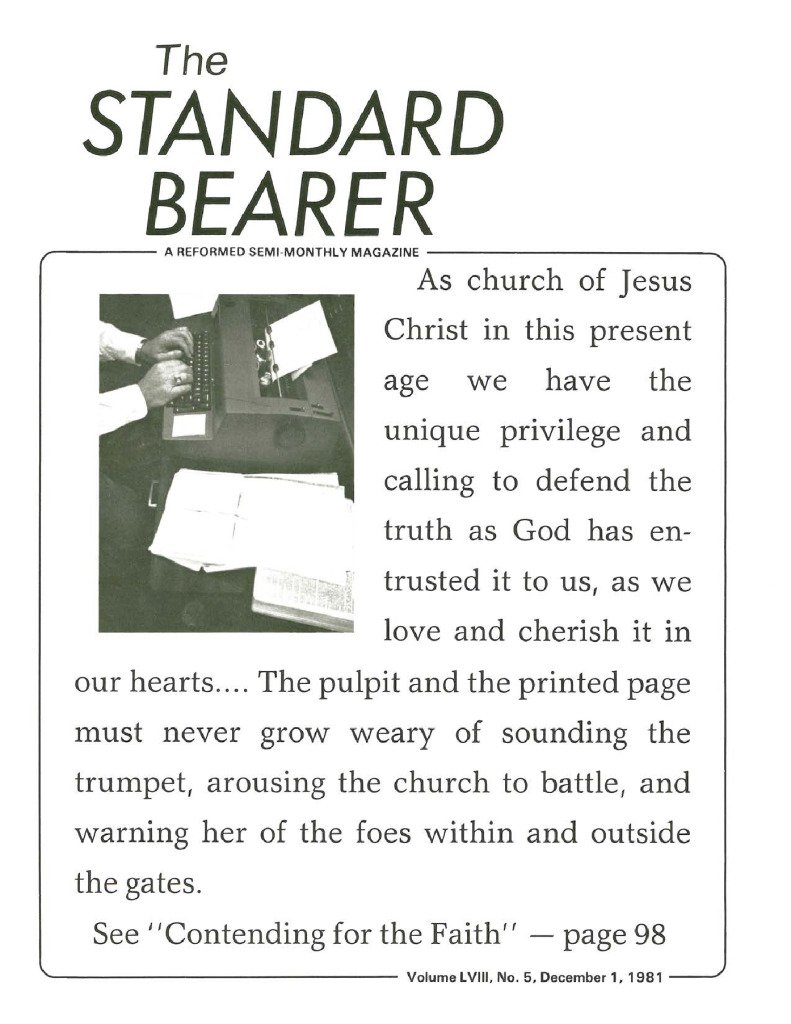