Is it sin to forget? Or, when something escaped us, are we done with it by saying: I forgot it.

One would almost grant the latter. For, when you have simply not thought about a matter, when remembrance of it did not come to you, and nothing whatever reminded you of it, how in the world then could you help it, and how can you be held accountable for it?

In by far the most cases of neglect of domestic duty, pleasure is taken in that forgetfulness was least of all intentional—even though as a rule the person who suffered inconvenience thereby ends by saying:You should not have forgotten it.

To this latter remark the conscience involuntarily responds yea and amen, even though one is conscious that it cannot be altered. Something from which it is evident that, at least with respect to tender and serious matters, one regrets his forgetfulness, thus feels and acknowledges that to forget is something wrong, and thus truly sees guilt in it, and, at least where it concerns a forgetting with respect to the Lord our God, truly recognizes that, inforgetting, there is sin.

In God’s Word forgetting is represented as sin. “If we have forgotten the name of our God,” says Psalm 44:21, “Shall not God search this out? He who knoweth the secrets of the heart?”

What is more, again and again in Holy Scripture the “not forgetting” is laid upon us as an indisputableduty! Something from which directly follows that “forgetting” undoubtedly is judged as a discarding of our sacred duty, and thus as sin.

For instance, it is bound upon our heart that we shall not forget the Lord our God, nor His name, nor His covenant. “Bless the Lord, O my soul,” it is said in Psalm 103, “and forget not all his benefits.”

To all Israel the duty is put, to take care that also the later generation shall not forget the acts of the Lord.

The same sense in which Moses, after having placed before Israel the ordinances of God, closes his address with the solemn warning: Thou shalt not forget it (Deut. 25:19).

When by pressure of business or by interruption, you have unintentionally forgotten a duty that was laid upon you, in your neglect of duty at that moment there is in itself no sin. Were we responsible only for our temporal acts at a given moment, it might be maintained that forgetfulness is free from guilt.

But such is not the case.

We are by no means responsible merely for what at a given moment we do or do not do, but also very really for the condition of our person, from which such negligence springs.

Now forgetting by itself is a direct illness of our spirit, which is occasioned by our sinful state. Sin has not merely attacked our will and weakened it, but also darkened our understanding. And one of the most pitiful darkening of our understanding consists in this, that the defectiveness of forgetting is come upon us.

Adam in the state of righteousness could not forget. And when once, free from all sin, we shall dwell with the redeemed of God, forgetfulness will never be possible in us again.

Forgetting is a weakness, a defect, a disturbance in our human consciousness.

And insofar as we all stand guilty in Adam, we are also responsible for the sad fact that forgetting so oftentimes betrays the brokenness and weakness of our consciousness.

Also the sinful weakness of forgetting stands under the healing influence of grace. And in common grace, which is the portion of all men, as well as in particular grace, which is bestowed upon all God’s elect, a means is offered us by which to remove this forgetfulness from ourselves and from our children, if not altogether, at least considerably to temper it.

Of course, here we do not [refer to] the gift of a specially strong memory, which it has pleased God to impart to some generations and persons. He who would boast of this, and by reason of this gift would look down upon those less favored, would rob God, who gave him this gift, of His honor.

But apart from this, the fact is undeniable that early training, even a good school education, can be a great means to confine this slovenliness of forgetting within certain limits, and that a lively sense of duty, also in later years, has no small power to resist this sinful forgetting.

The complaint is general that pressing business and mobility of the turbulent life of our days has perceptibly weakened the attention, i.e., the ability to focus one’s mind upon a given matter. And this very lack of attention is a grave aid to forgetting.

Yet, conversely, it follows from this that we can do, not merely something, with respect to this ugly forgetting, but even a very great deal. And that the duty with all training, of our children as well as of ourselves, is with effort and perseverance to encourage the binding of our attention to what we must not forget.

Thinking about something and the forgetting of something have such a deep moral significance.

Just consider how rarely we forget something that can benefit our own selves, heighten our reputation, or advance our influence. And again, how easily we forget all sorts of things with respect to which love for God and for our neighbor must inspire us.

Back of that forgetting is re ally our selfishness and our lack of love.

Much love makes forgetting so much less. Orderly living, serious interpretation of one’s task in life, and deep fear of God work continuous prejudice to forgetting. And he who knows the secret of God’s hidden walk is least of all a stranger to that mindfulness-making operation of the Holy Ghost that has so often kept us from this sinful forgetting.

You see, there works a twofold power upon our memory, upon our remembrance. On one side a power that from without works in us, makes the terror of our sin to haunt us, renders it impossible for us to forget a suffered wrong, and incites certain weighty moments of our life continuously, as of itself, to loom up again in and before our spirit.

Under this we are passive.

But there is also a power of our own spirit that in works upon our memory and our remembrances. And it is this power that renders us guilty when we do not use it, and which helps us to overcome forgetting if we apply it in the fear of the Lord.

But here also man has made straight things crooked, and, with respect to forgetting, it also applies: What we should forget, we continuously remember, and what we should never forget, escapes us constantly.

What wrongs others have done us should be forgotten, and these are continuously remembered and poison our mind. God’s acts we forget, but what we ourselves have done continuously inspires our reins to pride. The love we enjoyed from others passes into forgetfulness. But what we ourselves did for others, in mind we continually charge up to their account. Our own trouble is constantly before our eyes, while other people’s trouble scarcely ever moves us. Regarding comforts for the body and the things that can afford us pleasure, we have wondrous memories, while the interests of our soul in view of eternity continuously escape us. In brief, what with a noble character would hide itself in the background, sin in our memory puts every time again to the fore. And what always should fill us with seriousness, we must be reminded of again and again.

Oh, this forgetting, which in the main is passed over so light-heartedly, what sorrow does it not entail. A forgetting, like that of which Joseph became a victim in prison. A forgetting of the unfortunate in the land, who cry unto God. A forgetting of an act, which hung by a moment, but which brought irreparable loss. A forgetting of what we had promised, to have the deferred hope as a reproach work usury against us.

The bitter fruit of forgetting reaches so far. And why not acknowledge and confess that among the Lord’s people this far-reaching sin is even as lightly dealt with as among the children of the world.

And yet the Lord our God does not let go of us—He, who never forgets, and holds in everlasting remembrance the hope of His needy ones.

Forget it not, He continuously calls out to us, deeply inculcating in us our sacred obligation.

Our forgetting helps Satan, and is cause that temptation to sin every time takes hold of us and temptation brings us to fall.

Then we are as Isaiah calls it: Forgetters of the mountain of his holiness (65:11). We do not think of God’s commandment, and His ordinances do not stand before us as a mighty mountain that of itself shows itself before our eye and by its position points out our way to us.

Therefore God calls out to those forgetters of His holiness: Forget it not.

That word He drives into our soul, to rouse to awakeness what was asleep in us.

By that word He brings it to pass that we remember Him again, that His commandments assume forms for us again, that His statutes become again our rejoicings. And the fruit of this His love is that less forgetting makes us climb the mountain of His holiness with firmer tread.

He does not forget us, that in us guilty forgetfulness might be broken. 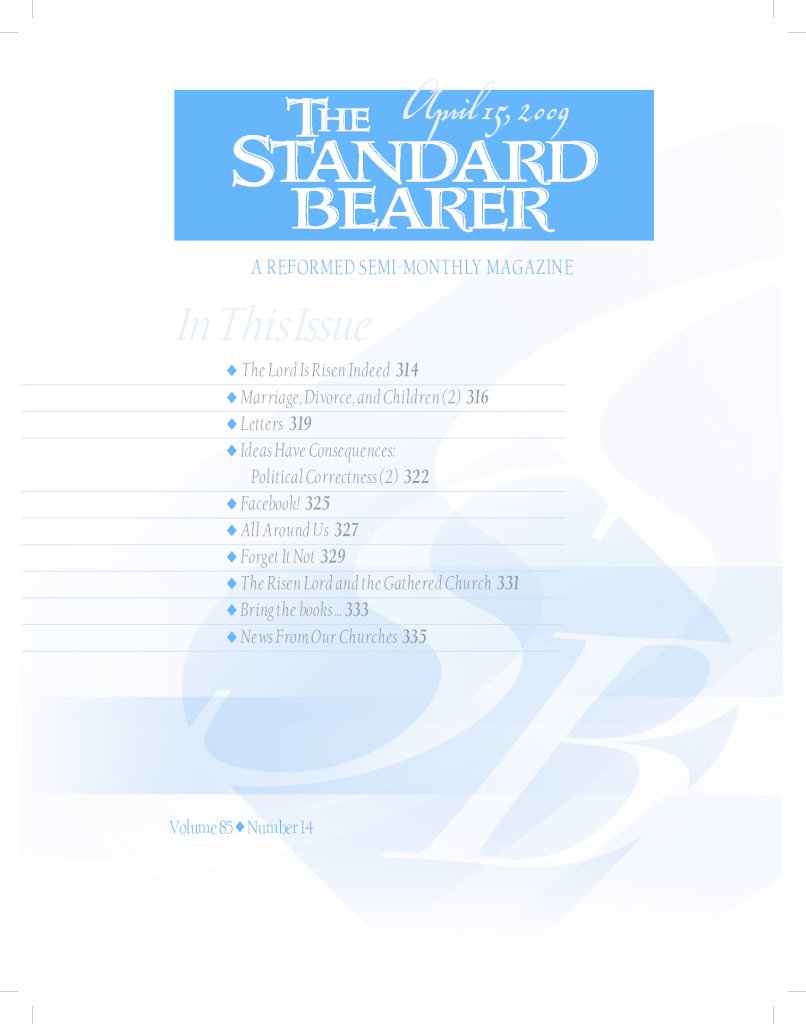