Whatever beautiful things the Bible may declare about them, feet are not the most attractive members of the human body. (And that is even assuming we have in mind a regular foot, rather than the six-toed monstrosity of the giant slain by David’s mighty men, II Sam. 21:20.) The tendency of sandaled feet to get dirty on the dusty paths of Palestine explains why the first act of hospitality was the washing of feet. Thus Abraham washed the feet of three men in the plains of Mamre (Gen. 18:4), Lot washed the feet of two angels in Sodom (Gen. 19:2), and Joseph washed the feet of his eleven brothers when they came to his house in Egypt (Gen. 43:24). Although, it was almost certainly not Abraham, Lot, or Joseph who did the washing personally, for to wash feet was the job of a servant.

The lowliness of feet makes them an apt biblical symbol of dominance. So Jehovah promised Joshua, “Every place that the sole of your foot shall tread upon, that have I given unto you” (Josh. 1:3). That promise of Jehovah began to be realized when the feet of the priests were “dipped in the brim of the water” of Jordan and the waters gave way to the armies of Israel (Josh. 3:15). It was not long before the feet of Israel’s captains were on the necks of the Canaanite kings who defied them (Josh. 10:24). But whereas enemies still remained in Canaan after the death of Joshua, it is said of Jesus Christ that He must reign “till he hath put all enemies under his feet,” even death itself (I Cor. 15:25, 26). Strange though it may seem, it was not so much by marching into war with sword drawn as it was by the piercing of His feet on the cross that the Lord accomplished this great victory (Ps. 22:16). It was not by a show of arms and bravado, but by His death that the Seed of the woman brought the heel of His foot down on the serpent’s skull (Gen. 3:15). And it is, therefore, to war of a new character that the Christian soldier must march in the New Testament—having his “feet shod with the preparation of the gospel of peace”! (Eph. 6:15).

But if trampling enemies under feet is a graphic picture of dominion, placing one’s self at the feet of another is an equally startling display of submission. What a pathetic figure we find in Mary, who washed the feet of Jesus with her tears, wiped them with her hair, anointed them with precious ointment, and ceased not to kiss them (Luke 7:44-46)! What a symbol of humiliation when the disciples came and held the risen Jesus Christ by the feet, and worshiped Him (Matt. 28:9)! Indeed, when John saw the brazen and fiery feet of the Lord in His exaltation, he fell down “at his feet as dead” (Rev. 1:15, 17). What an astounding act of grace then, when this risen Lord, who makes heaven His throne and the earth His footstool (Is. 66:1), lifted His trembling apostle back onto his feet with His right hand and His precious word, saying, “Fear not” (Rev. 1:17)! What an amazing blessing when the God whose feet everywhere walk “as it were [on] a paved work of a sapphire stone” (Ex. 24:10) sets us down at His own feet, every one to receive of His words (Deut. 33:3)! What a sword that pierces all our pride when this same Lord of glory dons the garb of the servant, pours water into a basin, and begins to wash the dirty, smelly, unattractive feet of His quarreling disciples (John 13:5)! How the heart of Simon Peter melted—oh Lord, thou shalt never wash my feet (John 13:8)! Oh Lord, not my feet only, but also my hands and my head (John 13:9)! Oh Peter, do you not know, for the Lord to wash your lowly feet is to be clean every whit! And if the Lord your Master has washed your feet, what then ought you to do? “Ye also ought to wash one another’s feet. For I have given you an example, that ye should do as I have done to you” (John 13:14, 15).

Now it is exactly the lowliness of the foot that may tempt it to say, “Because I am not the hand, I am not of the body” (I Cor. 12:15). Surely it is much more exciting to be a hand than a foot, since it is the hand that works, shapes, rules, and grasps, while the foot is only dragged repeatedly through the dust. But not so fast! Uncomely is not the same as unimportant or unnecessary. Hands do not get very far without feet. It is unto the feet walking down the path of life that the Word of God is a lamp (Ps. 119:105). It is the foot that has the blessed privilege of standing on holy ground before the Lord in the burning bush (Ex. 3:5). It is with our feet that we enter the gates of righteousness and so stand within Jerusalem’s courts (Ps. 122:2). And it is our feet that the un-slumbering Jehovah promises He will never suffer to be moved (Ps. 121:3). Balaam discovered the value of a foot when his was crushed against a wall by his donkey (Num. 22:25). King Asa understood the importance of healthy feet when his were diseased toward the end of his reign (II Chron. 16:12). The lame man by the gate beautiful could have told you about the value of strength in the feet and ankle bones as he went praising and leaping into the house of God for the first time by the healing power of Jesus’ name (Acts 3:7).

The foot may complain of his uncomeliness, but the fact that he has toes instead of fingers does not make him less a part of the body. And the head of this body is not so foolish as to say to his feet, “I have no need of you” (I Cor. 12:21). On the contrary, Christ the Head died exactly to purchase those feet, toes and all, along with the hands, ears, and eyes, and to incorporate them into His body by His Spirit. And now it is by those very feet that He gives movement to His kingdom below so that every saint declares, “How beautiful upon the mountains are the feet of him that bringeth good tidings, that publisheth peace…that saith unto Zion, thy God reigneth!” (Is. 52:7). 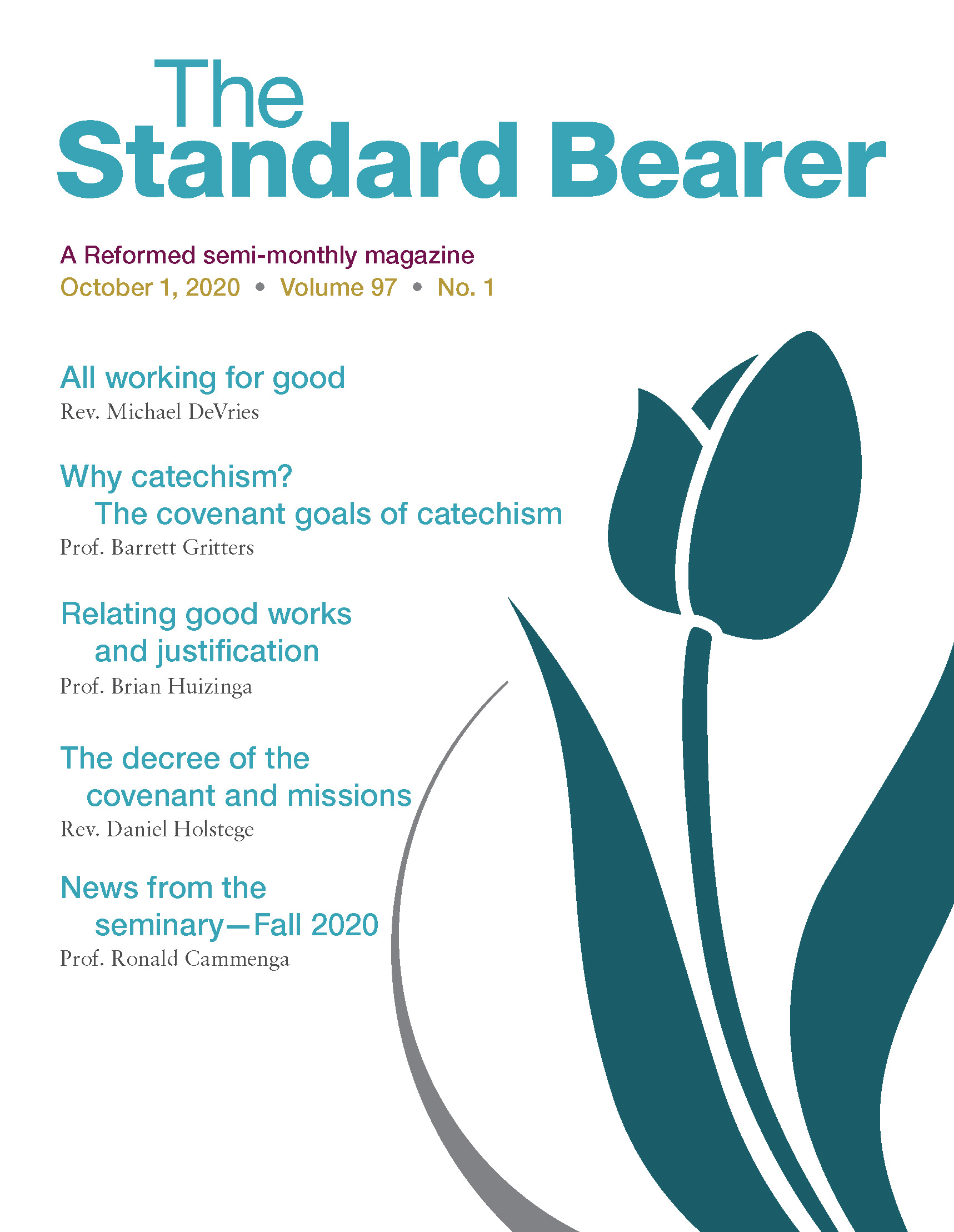