THE CONCRETE CASE-STUDIES GIVEN BY THE LORD. continued(Ezekiel 18:5-18)

There is a second case which is brought forth as normative example of the just and righteous dealings of the LORD in judgment. It is the case of a man who shall surely die and shall not live. This man, too, is a son of a father. In this case he is the son of a righteous father. This father instructed him in the ways of life and in the righteous ways of God’s covenant, to walk in all the commandments of God. He was instructed to walk in the true religion as expressed in the first table of the law, and in the true love for his brother as stipulated in the second table of the law. But it was all to no avail. This man shall die. His blood shall be upon him. And the Lord makes it so real and descriptive that none of us can fail to know who he is speaking of. By their fruits they shall be known. They are the people who have heard all the Words of the LORD and did not keep them. Such a man is a worker of iniquity. He is a doer of all these abominations which cannot be done in the temple of God as a walk of sanctification and life. They shall not see God.

Yes, look at the list of sins here enumerated.

If a righteous father begets such a son who is a destructive one, a breaker and robber, a shedder of blood, or doeth the like of any of such kind of things—he shall surely die! No he shall not die for the sins of his father. He shall die for his own sins in which he has lived. And when the LORD’S “diary” shall be read in the day of judgment it will not be his father’s sins which are recorded there. For the books which shall be opened in that day shall be the “books of the conscience.” (Revelation 20:12) And there shall be written indelibly in the conscience of those judged out of the books: you are a fornicator and a whoremonger, you have been a man void of all concrete display of that mercy which boasts against judgment, and, therefore, you will not receive mercy. You have not helped the poor and the needy, and when you did “help” the poor it was only to give him money upon “usury” so that you impoverished him the more. And then you were congratulating yourself on helping your neighbor in your dirty conceit and cruel covetousness.

And in the conscience of such a one there is never any rest or peace.

God is not mocked by the evil proverb in Israel.

In the depths of Hell this proverb shall not be used any more!

He had Moses and the prophets; let him hear them!

The third “case” is that of a good son. (Ezekiel 18:14-17) This is a remarkably good son because he has a wicked father. And this case we ought to notice with marked and sharp attention. For this is preeminently the case in point in the evil proverb which is here refuted by the LORD! The proverb is “The fathers have eaten sour grapes and the children’s teeth are set on edge.” In other words: the children die for the sins of their fathers. Now, if such were the case then what the LORD says here cannot be true, namely, that a good son shall not die for the sins of his father, but that he shall surely live!

Let us take notice of this “case” just a bit in depth.

First of all this son “considers” his father’s sins. He looks at them and ponders the implications and consequences of his father’s sins. He knows the wrong of them. He forms a “judgment” of them, evaluates his father’s works. He says: he that loveth father, mother, brother or sister more than God is not worthy of the LORD! He sees that these works of his father are not works meet for repentance. And that, therefore, it is all chaff that shall be burned with unquenchable fire.

Secondly, he distanced himself from his father spiritually. He did not treat him as a brother in good standing in the church. When this father was excommunicated in the church he approved. Yes, it hurt him in his soul. But for God’s sake he lost his soul to gain it. He did not dull his teeth on the wild grapes of his father’s sins! Rather he repented from his own sins—and he lived. He shall surely live and not die!

Thus this son shows himself a true, spiritual son of Abraham, and, seeking for the old and tried ways, he finds rest for his soul. He does not live because his father was good, nor does he die because his father is evil. He lives by the sovereign and free mercy of God! Here we see that famous proverb of the Dutch church fathers “Genade is geen erfgoed.” Grace is not a bequest of a father to his son, but grace is the gift of God in His sovereign and merciful dealings, apart from works of merit which we have done.

Such a fruitful bough which bears much fruit shall not be cut off and burnt with fire. He shall live, yea, he shall surely live!

Well may this word of God sink deep into our hearts!

On the one hand this is a great and needed warning for the church in every age. How we need to be warned that we must love Christ more than father, mother, brother or sister. This means that we shall ever be joined in heart and mind with those who love the Lord. I am a companion of all them that seek thee, Lord! On the other hand, this is a great comfort and assurance to the righteous. How many righteous people, when they examine the past of their fathers, do not see all kinds of sins and iniquities in their lives. Thank God, many of them are confessed and forgiven by the LORD. But should that not be the case—then the sins are not reckoned to the son who sees his father’s sins and does not walk in them. That is immeasurable comfort to the righteous, and an incentive to persevere to the end that no one take his crown.

There is still a “fourth case” which we must attend to. This is the case of a man who once walked in his righteousness but left the ways of the LORD. This case demonstrates the truth that the “soul which sinneth shall die.” We shall notice this under the heading which follows this paragraph.

THE WAYS OF THE LORD ARE EQUAL

A sinner in the last analysis contends with God Himself. He is, by nature, a hater of God and of his neighbor. He contradicts God and so God has a “controversy” with his people. And the issue is: Is God just when he convicts and condemns the sinner! When David writes Psalm 51:4, he no longer has any trouble about the LORD’S dealing on this score. Confesses David “Against thee, thee only have I sinned, and done this evil in thy sight: that thou mightest be justified when thou speakest and be clear when thou judgest.” (See Romans 3:4) But the unrepentant sinner when he is “confronted” with God, his sins and judgment contends with the Most High God and tries to live by the wicked proverb of the fathers’ sour grapes and the children’s dull teeth.

Now, God is too pure of eyes to behold sin, and he is too righteous and good as to be in any way accountable for our sins, or unfair in His righteous judgments. The ways of the LORD are not unequal!

Let us simply remind ourselves of the justice of God’s dealing with each man in the church. Every soul belongs to the LORD. And there is no respect of persons with him. That was shown in each “case study.” (See above)

However, the LORD also adds another word which we do well to take to heart. It is that he has no pleasure in the death of the wicked, but herein that he repent and live. We will quote this word verbatim: “Have I any pleasure at all that the wicked should die: saith the LORD God: and not that he should return from his ways and live?” (verse 23)

What must we say of this?

We shall need to read this word as spoken by the LORD and heed it for our salvation’s sake! We shall not simply need to point out what this text cannot mean in the light of many other passages from the Bible, but will also need to say what it does teach.

First of all, we believe that it is crystal clear from the text that this is a question, and that it is put in such a way that the answer is an unequivocal “no.” God is not pleased in the dying of the wicked at all! He is pleased with the repentance of the wicked and that they live! To underscore this the text uses the term “dying of the wicked.” And here the “dying” (moth rashah) of a wicked one! His delight is not in the dying in sin and unrighteousness. Has God any delight in this? Delighting does he delight in it? God forbid!

Secondly, we should beware of the hasty and erroneous conclusion that this means that God seriously intends in his Divine Decree to save all the wicked. For we ought to notice that the Hebrew text does not speak of “the wicked,” singling them out as a class of people in distinction from the righteous as a class. The Hebrew does not have the definite article in this instance. This points in two directions. It does not simply refer to the “wicked” spoken of here in the context, nor of the wicked reprobate. It leaves the matter indefinite: simply wicked one. We have a similar instance in Romans 5:6 “For when we were yet without strength, Christ died at his own time for (the) ungodly.” Here, too, the Greek does not have the definite article. When the article is absent not the group but the kind of people are indicated. The people are rather qualified than identified.

From the foregoing we must not infer erroneously that God loves all wicked people, simply as wicked people! The text is not speaking of the people as such at all. The text speaks of the “dying” of the wicked. Their death is the subject here; Nay, more specifically the Divine delight is the subject in relation to a man who dies in his sins. Now this “dying” in relationship to the Divine delight is not the same as the “living of the repentant” in the same Divine delight! That is the crux of the question here. Hence, we must beware in jumping to the conclusion that there is a universal love here proclaimed. God forbid!

We must keep in mind the Scriptural teaching that God delights in truth and justice, whether that be in His own divine Trinitarian life, (internal works) or whether this be in the creatures outside of Himself, men and angels. God delights in His own ethical perfections and virtues. He delights in justice! He delights in justice in the repentance of the sinner, a wicked one. That exalts his grace, love and goodness, and also His justice! Yes, this has a bearing on the “delight” of God even in Hell! But it is not the delight of a “sadist god” but of God who can laugh in the beauty of holiness! 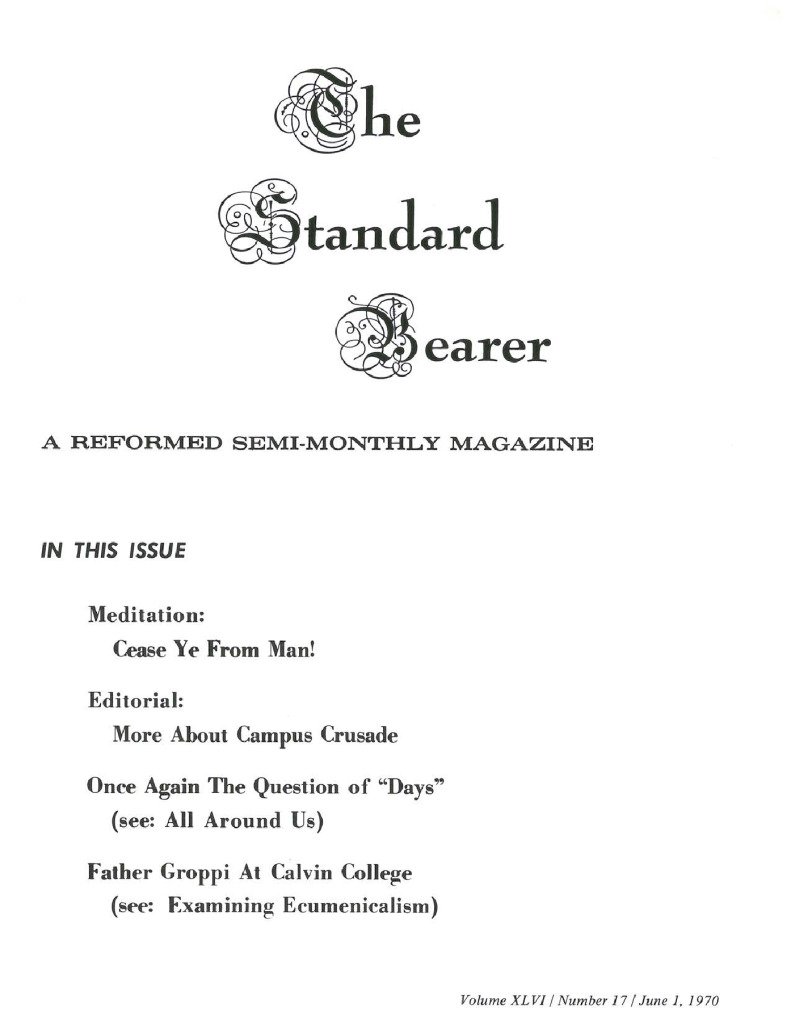