Everyone’s a Theologian: an Introduction to Systematic Theology, by R.C. Sproul. Reviewed by Ryan Barnhill.

Everyone’s a Theologian: an Introduction to Systematic Theology, by R.C. Sproul. Reviewed by Ryan Barnhill.

R.C. Sproul, popular speaker and author, has added yet another book to his long list of titles. Everyone’s a Theologian: an Introduction to Systematic Theology is a primer or introduction to systematic theology. Sproul organizes his material according to the six loci: Theology, Anthropology, Christology (and Pneumatology), Soteriology, Ecclesiology, and Eschatology.

The title hints at the approach Sproul takes in his book: everyone should be able to understand theology. Not that every person holds a theology degree from a seminary and teaches theology in an official capacity, but that everyone does read Scripture and strive to understand it. As such, theology should be presented in a readable and understandable way.

This approach makes Everyone’s a Theologian a fairly easy read, recommended for those looking to refresh themselves in the basics of theology, or for those looking for concise answers to their doctrinal questions. Each locus of doctrine is broken up into brief chapters, quickly read in one sitting. Sproul shows himself to be the teacher that he is, presenting the material in a logical way, breaking down complex concepts, and carefully explaining his terms.

The reader will find Sproul’s chapter on common grace to be interesting. Sproul’s inclusion of a chapter on common grace demonstrates that the doctrine is certainly not forgotten in theological circles. Rightly, Sproul identifies grace as a vital doctrine: “The central concern among Reformed theologians who study salvation is the concept of grace. G.C. Berkhouwer once observed that the very essence of theology is grace” (215). Since grace is such a key doctrine, it is necessary that we understand what Sproul means by common grace.

Without going into the usual arguments against common grace, two things come to mind after reading this chapter.

Second, although this connection is never explicitly made in the book, we should recognize that Sproul’s “ministry of common grace” is the platform that Christian colleges need to push their “conquer the world for Christ” agenda. Common grace and Postmillennialism go hand in hand. God’s non-saving love and favor upon all humans is the only hope for world-wide change. Common grace is a point of contact, something to work with, in the establishing of Christ’s kingdom on this earth. Read Sproul’s chapter on common grace, and see for yourself some of these implied connections. Our children must be aware of this before they head off to the Christian college. Common grace is a worldview. Common grace is a damaging worldview.

As indicated above, Everyone’s a Theologian contains teachings with which we disagree—even strongly disagree. As always, discernment is necessary. Nevertheless, the reader will benefit from Sproul’s clear, logical presentation. The book is recommended. 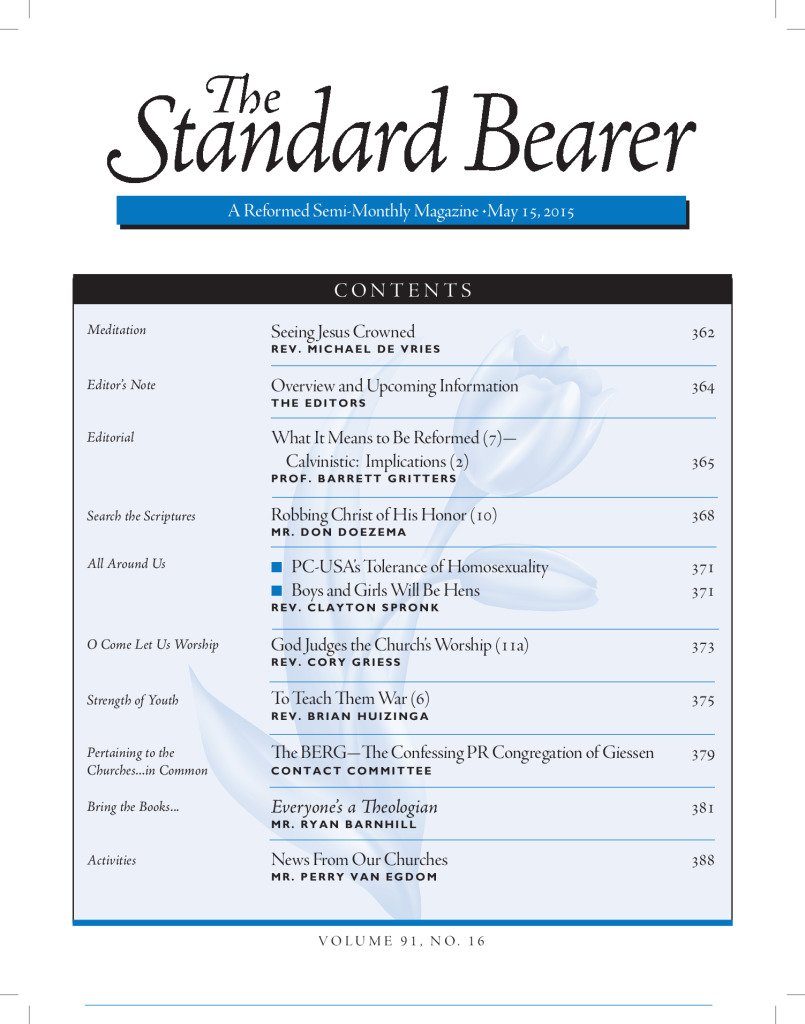