This Issue completes Volume 48. An index to this volume will be found in this September 15 issue. We give thanks to God that we have been enabled to publish this Reformed witness for another year. It is hard to imagine that a little more than a year from now, the Lord willing, the Standard Bearer will have reached its Golden Anniversary.

Attention All Readers! Enclosed with this issue is a special sheet introducing several very attractive combination offers of books and subscriptions. Even if you have just renewed your subscription, take advantage of one of these offers and extend it another year. You won’t find a better bargain than this. For you early shoppers, here are some worthwhile Christmas gift ideas also! And to those of our readers who have been enjoying our introductory Ten for Two subscription—here is a golden opportunity to become a regular subscriber and at the same time to purchase a good book!

Special Attention is called to Prof. Hanko’s detailed critique of Simon Kistemaker’s The Gospels In Current Study, which will appear in two installments. This book was considered important enough to merit special attention. Hence, Critique appears in place of Prof. Hanko’s usual All Around Us. 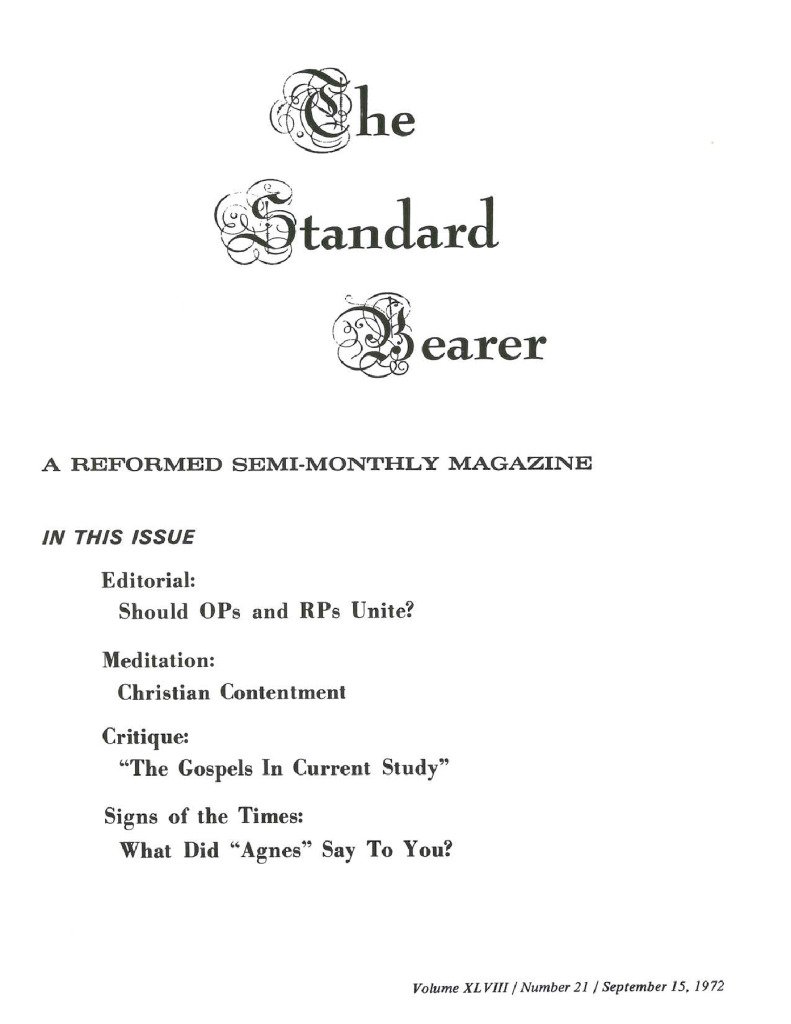