Four hundred years ago, theologians—pastors and professors—from Reformed churches all over Europe were wending their way to the town of Dordrecht, in the province of Utrecht, in the Lowlands. They were coming by invitation of the Reformed churches and the States General, the governing political body of the provinces. These men came knowing that they were facing a difficult task, namely, confronting a dangerous heresy with many heads and much deception. Did they know that they were leaving behind their families and their labors for six months? Probably not. But they were willing to pay the cost, to sacrifice and be sacrificed for the sake of the truth. By God’s grace they united mind and heart and will to expose and condemn the serious errors that were tearing apart the Reformed churches in the Lowlands. And then, with amazing unity among them, they set forth the Reformed doctrine of salvation in such a way that it was both theologically precise and heartwarmingly pastoral. God used these men to accomplish a monumental task, and the Reformed church world benefits yet today more than it is possible to express.

In thankful recognition of God’s gift, the Standard Bearer commemorates the 400th anniversary of the Synod of Dor­drecht. Two special commemorative issues will be printed, D.V. The current issue is the first, focusing on the Canons as such. The second issue is planned for the April 1 issue. It will focus on the other work of the great Synod.

Let us rejoice in God’s faithfulness. And let us do so by being instructed in the doctrines and recommitting ourselves to these glorious truths. 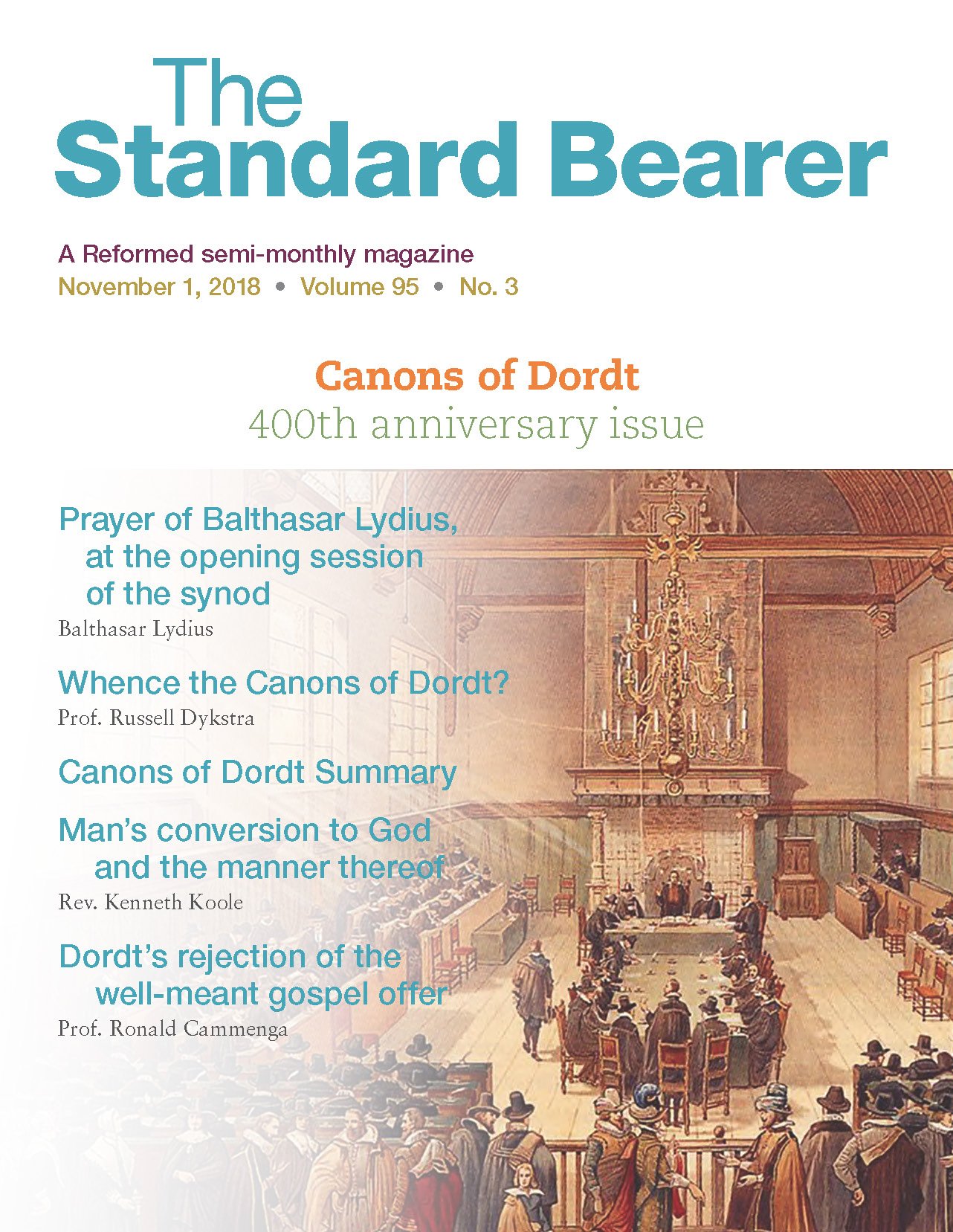