The Reformed Free Publishing Association has just published a timely book on Scripture’s teaching concerning the godly woman. The title is Far Above Rubies: Today’s Virtuous Woman. It is a collection of sermons and articles by ministers in the Protestant Reformed Churches, with the exception of several articles by Abraham Kuyper. Rev. Dale H. Kuiper reviews the book elsewhere in this issue. I recommend the book to the readers of the Standard Bearer. It can be ordered from the Reformed Free Publishing Association, P.O. Box 2006, Grand Rapids, MI 49501. The price is $9.95, plus $1.75 for shipping and handling.

The Evangelism Committee of the Southwest Protestant Reformed Church has done us valuable service by reprinting Herman Hoeksema’s ” A Triple Breach.” The 77-page booklet is Hoeksema’s critical analysis of the “Three Points of Common Grace” adopted by the Christian Reformed Church in 1924. Originally written at the time of the common grace controversy, the work was last reprinted in 1942 and has, therefore; been out of print for some time. The booklet has not been merely photocopied, but has been set in new, clear print. It has been dressed with a handsome cover. An appendix gives the “Three Points” as the CRC adopted them, with Hoeksema’s succinct restatement of the essential teaching of each point. The booklet can be ordered from the Evangelism Committee of the Southwest PRC, 4875 Ivanrest Ave., Grandville, MI 49418. The price is $1.50 plus $1.25 for shipping.

Another recent publication that I gladly bring to the attention of our readers is Pastoral Theology: A Treatise on the Office and Duties of the Christian Pastor by Patrick Fairbairn. This 19th century Scottish Presbyterian is well-known for the classic Typology of Scripture. Long out of print, Pastoral Theology is a sound, thorough treatment of the office of the pastor in the church. Written for practical purposes, the book is especially useful to seminarians, pastors, and elders. This is a book to add to the church library. A review of the book will appear in a later issue of the Standard Bearer. The price of this hardcover publication is $15.95. There is no additional charge for shipping. Order from Old Paths Publications, 223 Princeton Road, Audubon, NJ 08106, or call (609) 546-4802. The publisher, a zealous newcomer to the publishing business, has plans for the reprinting of other worthwhile books, including Abraham Kuyper’s In the Shadow of Death. Work on James Fraser’s book on sanctification is already underway. Ask Old Paths for information. 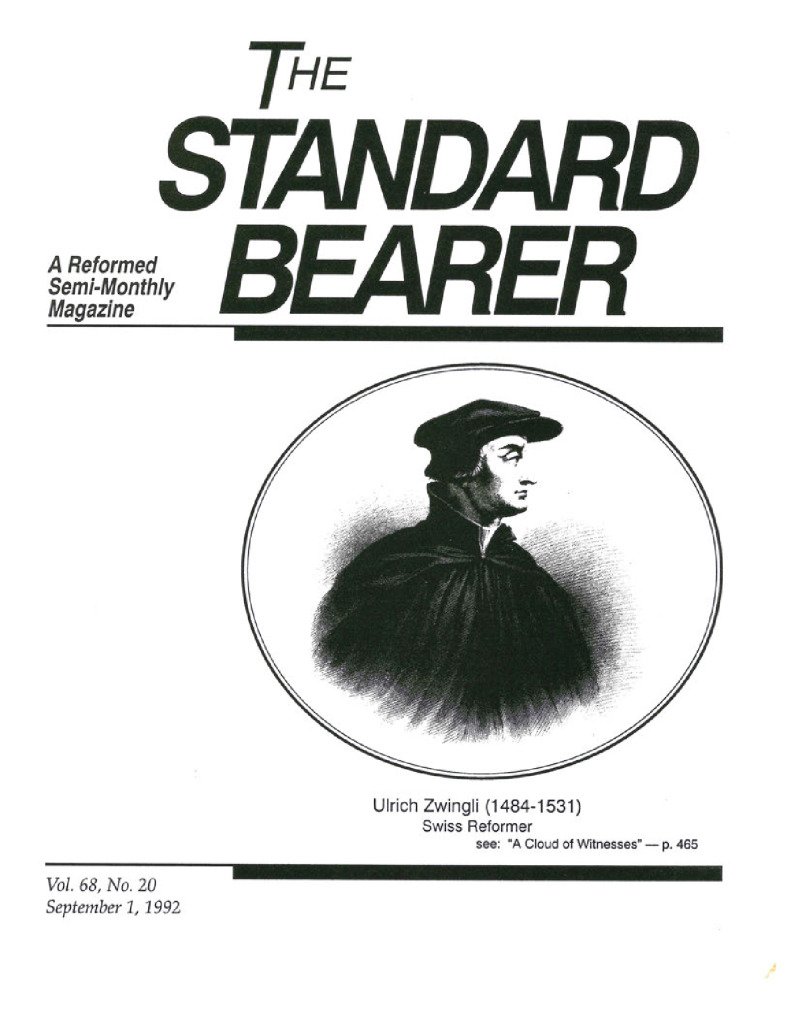