New Volume. With this issue we begin a new volume, Volume 63. There will be no extensive changes in the departments of our Standard Bearer this year, and only one change in our Staff. As already announced, Mr. Ben Wigger, a member of our Hudsonville Protestant Reformed Church, has agreed to serve as our Church News Editor. A hearty welcome to our Staff, Ben! This year we again plan to present three special issues, and the first of these will be on the first step of the Order of Salvation: Regeneration. We are also planning a new series of Guest Articles; but these will be kept as a surprise when they appear.

Business Manager. Were you surprised by the “Special Tribute” to our Business Manager in the September 1 issue? I was also. However, first of all, as Editor I wish to add my personal word of appreciation for the labor of love of brother Vander Wal. During the 18 years of his service I have had numerous contacts with him about matters pertaining to our Standard Bearer, as well as in connection with our other publications and our radio work. And I always found Henry—through long acquaintance I always called him that—to be a man devoted to the work, the acme of cooperation, and a man who went the extra mile in this work. Personally, I will miss him. That is, when he finally ends his work. That brings me to my second note. You probably noticed that no mention was made of his successor. No, we are not without a Business Manager. Brother Vander Wal will continue on an interim basis until the Board of the R.F.P.A. is ready to announce his successor. 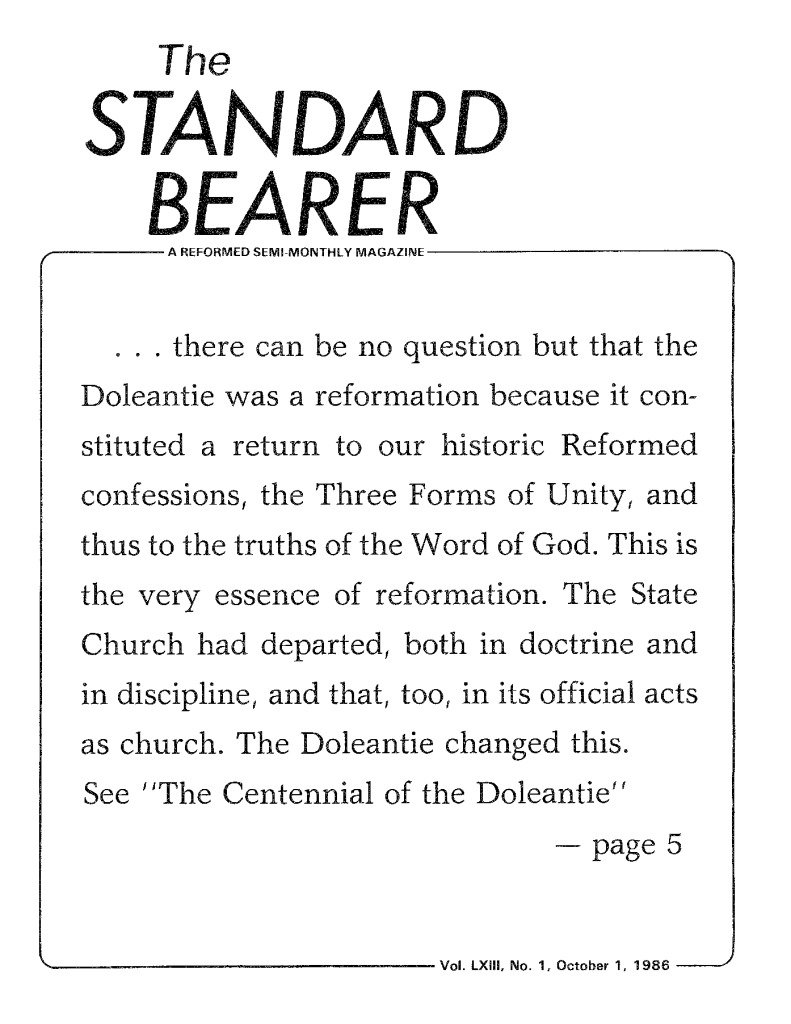