Sixtieth Anniversary. We called your attention earlier to the fact that the current volume-year, which will be concluded with the Sept. 15 issue, is our sixtieth. To mark this anniversary, there will appear in this issue and the next a special section entitled “Our Rich Heritage,” in which you will be given a sampling of the writings which appeared in our Standard Bearerbeginning with Volume 1.

Celebration. The Board of the RFPA thought it fitting to commemorate this sixtieth anniversary, and you are invited to this celebration at our Hudsonville Protestant Reformed Church on September 27, D.V. The Board has asked your editor-in-chief to speak at this occasion. The subject of my address will be: “One Hundred Fifty Years and Sixty.”

We at the Seminary mourn the loss of a faithful secretary, a true friend, and a cheerful and helpful person, Mrs. Geraldine Meyer, who had worked for the faculty for almost 19 years. Mrs. Meyer went to glory unexpectedly on Saturday, August 4, at the age of 70. We extend our Christian sympathy to her husband, Ralph, and to the bereaved family. 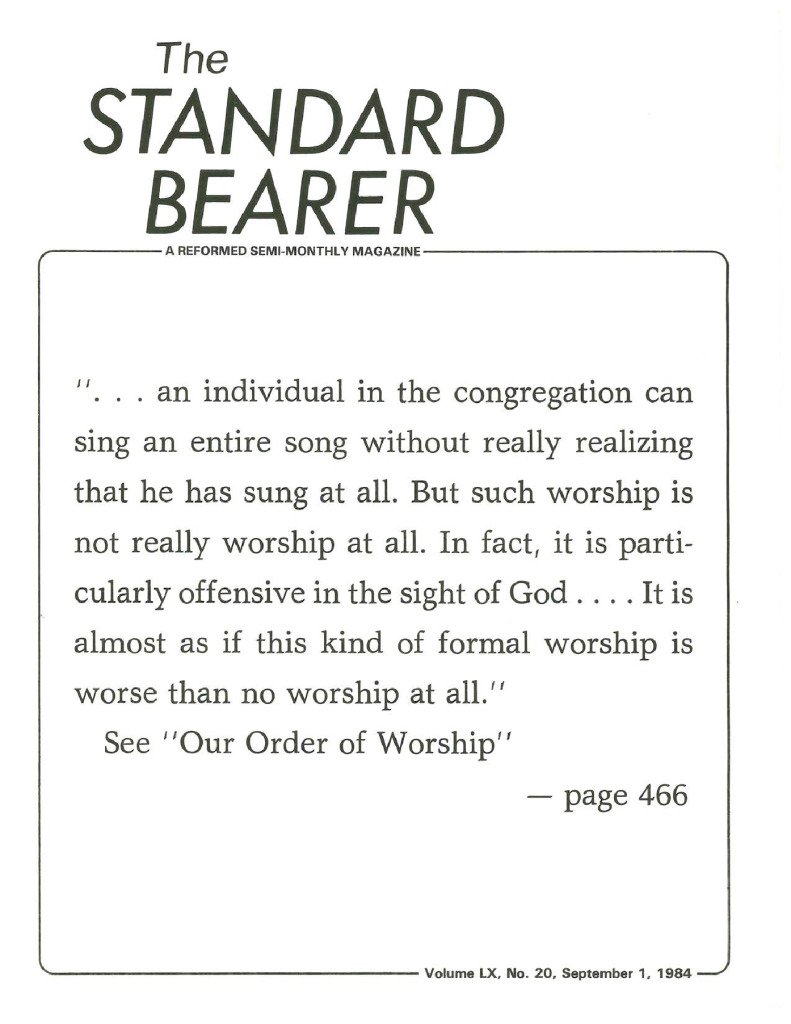