The early new dispensational church, following the death of the last apostle, had received from God His completed Word. The cornerstone of the church had been laid through the cross, in Christ as our Redeemer and exalted Head. The Word of Christ had been given unto His church, and the foundation of the new dispensational church had been laid in the doctrine of the apostles. It is at this point in time that we begin our study of the history of doctrine, of the Spirit’s guiding His church into all the truth.

It is our intention to begin that study with a consideration of the church’s doctrine of the Word, her doctrine of Scripture. How the church of Jesus Christ views that Word of God, how she confesses the truth of that Word, materially affects her development and appropriation of the truth of that Word. That written revelation of God is the touchstone of all her doctrine, faith, and life. It is the standard of truth. How the church therefore views that Word, her understanding of the way in which it is to be interpreted, and the value she places upon it must necessarily shape the course of the history of doctrine. When the church has a low conception of that Word and places her trust more in reason and in the philosophy of men, we can well expect that not only will little development of the truth take place, but that errors and heresy will enter the church. The church’s regard for Scripture and the development of the truth go hand in hand. When other standards of truth, whether traditions of men, decisions of councils, or the philosophy of the world, are placed alongside the Scriptures or coordinated to them in authority, the truth declines in the church.

History repeatedly shows this to be the case. In the Middle Ages when the authority of tradition, church councils, and the pope supplanted the authority of Scripture, the church declined into error, so that the only remedy for the church was reformation. When dead orthodoxy settled upon the Reformed churches after the Synod of Dordt in the seventeenth century, and human reason was elevated to a place of authority alongside Scripture, the Reformed churches also went through a period of decline. This continued until the time of the secession from the state church in the Netherlands. So also is it in the Christian church-world today and among Reformed churches in particular. Regard for the Word of God has declined under the guise of a more enlightened approach to Scripture, an approach which is not really new or enlightening, but rather a darkening of the church’s appreciation of her sole doctrinal foundation. With this approach errors multiply about us rapidly and pour into the church. So much is this the case that on every side we see Reformed churches departing from the rich heritage of God’s Word, and selling it for a mess of warmed-over pottage.

In a very real sense of the word it may be said that the history of doctrine and the development of the truth has always paralleled the church’s understanding of the doctrine of the Word of God. By the grace of God this parallel is not absolute. There have always been men who have treasured that Word of God, have studied it, and have brought the truth to light and enriched it. This was true even in the darkest periods of the church’s history. Yet even then this development went hand in hand with a high personal regard for Scripture and careful biblical exegesis.

A study of the development of the doctrine of Scripture and its formal expression may therefore serve also to give to us an overview of the history of doctrine itself and the course and direction of that history. We must not expect, however, that the church formally set forth a doctrine of the Word of God early in her doctrinal development. The church began immediately to labor with that Word of God, receiving and confessing that Word in faith. It needed no formal declaration of the doctrine of the Scripture, nor was such a declaration possible. For that doctrine also must be developed from Scripture itself, which is its own interpreter. The need to make such a formal declaration arose as errors crept into the church, errors of interpretation, errors of doctrine. Instead the church occupied itself first of all with the fundamental questions concerning the doctrine of God, Whose Word it was. Nor was it always the case that the doctrine of the Word of God was first corrupted and then heresy arose in the church. Rather, in the history of doctrine, heresy is often first and a corruption of the church’s doctrine of the Word often follows upon its heels. This is necessarily so. Heresy, to maintain itself in the church, cannot abide a sound doctrine of Scripture or sound principles of interpretation, lest it be exposed for what it is, a departure from the truth.

Nevertheless, there has always been in the mind of the church, if not formally expressed, a doctrine of the Word of God which has guided the church in her study of the Scriptures. We often see the opposite situation today. A church or denomination may indeed have in its creeds a formal expression of the doctrine of Scripture, but it has little or nothing to do with what in practice is believed in the church or with that which functions in the daily life of the people of God. Thus, while a formal expression concerning the doctrine of Scripture does not fully appear until the time of the Reformation, yet in the writings of the church fathers and in the actions of the church, one can yet discern and glean an implicit doctrine of the Word.

It is particularly in the formative elements found in the early church, as she struggled to understand that Word, that the seeds, both of truth and of error, were sown, which later bore fruit in the church’s doctrine of the Word. That fruit led to the darkness of the Middle Ages and to the rise of apostolic tradition and of the clergy as the trustees and interpreters of that tradition. And the seeds of truth bore fruit which led to a return to the Word of God which began already with the pre-reformers and came to formal expression in the creeds of the Reformation. These things we shall consider.

The Old Testament the church received as a completed entity in itself. However, there were also in use in the early church certain apocryphal books. These books, which are mentioned in Article 6 of our Confession of Faith, were also in use in Jesus’ day in the-church of the old dispensation and passed into use also in the New Testament church. There were other such books as well. The status of these books, their place and authority, if any, had to be determined by the church. This process was not wholly complete, as Article 6 indicates, even up to the time of the Reformation, for the Roman Catholic Church holds these books to be on a par with Scripture, while we as Reformed churches, reject their authority.

As to the New Testament Scriptures, these had not yet been gathered and collected into one whole. The letters of the apostles were written to various churches and the original copies usually remained with the churches to which they were written. While it is evident that some of them were soon copied and circulated among the churches, indeed some almost immediately, yet by no means all of the books of the New Testament were in the hands of every church at the time of the death of the apostles. The church had to go through a period in which, under the leading of the Spirit, it determined what belonged to the Scriptures and what did not. Nor were copies of individual books readily available. There were no printing presses; each book had to be copied by hand. There were other books and letters which also vied for a place in that New Testament, and the canonicity or inspiration of some books, and in particular some of the smaller letters of the apostles, was not soon decided by the church.

he Spirit first had to lead the church into a recognition of the contents and scope of her heritage of the Word of God. This process took time. It began already in the lifetime of the apostles and continued after their death for several centuries. The apostle Peter himself points us to the beginning of this process in II Peter 3:15, 16 when he writes, “. . .even as our beloved brother Paul also according to the wisdom given unto him hath written unto you; as also in all his epistles, speaking in them of these things; in which are some things hard to be understood, which they that are unlearned and unstable wrest, as they do also the other Scriptures, unto their own destruction.” This process was continued until a general consensus of the church was reached in approximately A.D. 350. 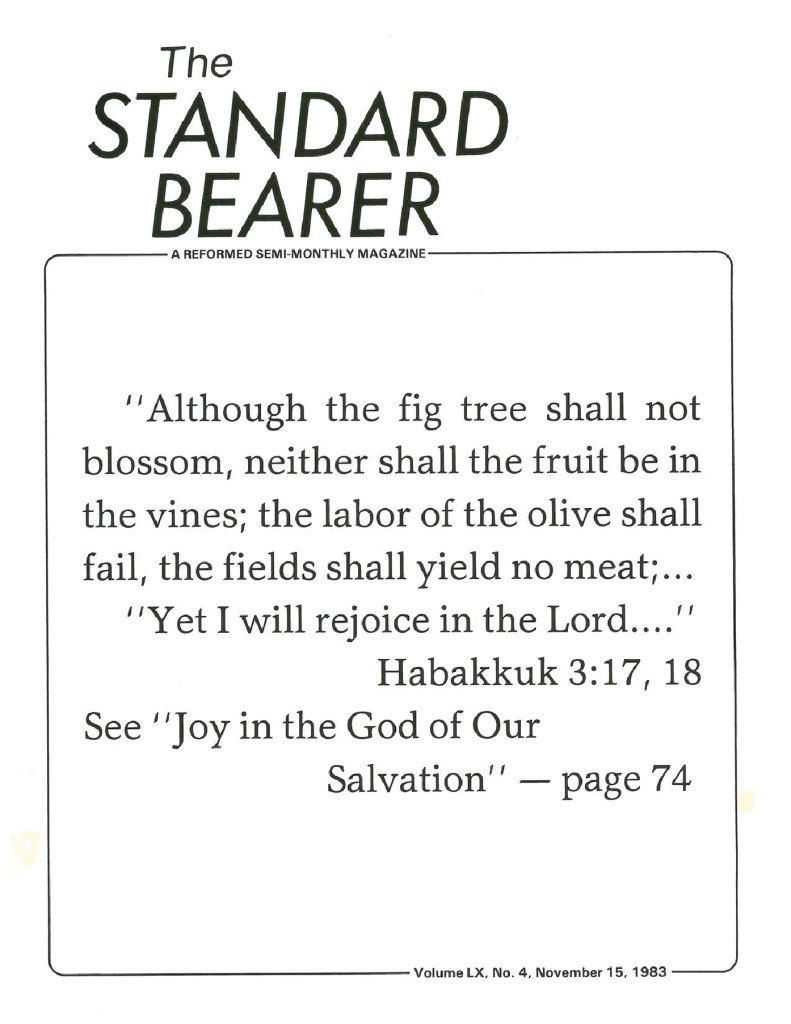