When the devil is unable to intimidate the church into accepting homosexuality, lesbianism, bisexuality, and transgenderism (LGBT), he uses deception. In this deception we hear the ancient hiss of the serpent, “Yea, hath God said?” (Gen. 3:1).

Satan is hissing again. “Yea, hath God said that ho­mosexuality is sin? Surely, that’s only the traditional interpretation of the Bible. Cannot we move on from that outdated view?” He uses scholars to undermine the Scriptures, but what he really needs is an intelligent young man with an emotionally-appealing story.

Matthew Vines is a twenty-three-year-old profess­ing Christian who identifies himself as gay, although he claims also to be celibate. In 2010, he suspended his stud­ies at Harvard University in order to study full time for two years the Bible’s teachings on homosexuality. Having failed to convince the conservative Presbyterian church in which he grew up that their “traditional understanding” of the Bible was incorrect, he resigned his membership. Shortly thereafter, in March 2012, he gave a speech in a more liberal church, a speech that went viral and made Matthew Vines a sensation. The speech, the transcript of which has been translated into multiple languages, has almost 650,000 hits on YouTube and has been shared on blogs and social networking sites countless times. The New York Times even highlighted his story in an article entitled, “Turned Away, He Turned to the Bible” (Sept. 14, 2012).

The speech itself is an attempt to explain (away) the six texts usually quoted as condemnation of homosexuality. Vines argues passionately that this “traditional interpre­tation” has borne bitter fruit in the church, namely that gay people are forced to be alone, and may never enjoy a romantic bond with another person, enjoy marriage, or have a family. Of course, he fails to mention that a gay person in a “same-sex relationship” cannot have a family, for it is biologically impossible, according to the Creator’s design, for two men or two women to produce a child.

The arguments that Vines advances have all been answered by conservative Christians before.1 Robert Gagnon, associate professor of New Testament at the Pittsburgh Theological Seminary, said, “Every one of these rehashed arguments I have refuted in previous work, of which Vines shows not the slightest awareness.”2 They are (1) It is not good for a man to be alone. To deny marriage to homosexuals is to force them to be alone. Besides, teaching must be judged by its fruit. The “tradi­tional interpretation” has the bad fruit of victimizing and marginalizing homosexuals. (2) The sin of Sodom was not homosexuality, but lack of hospitality, or even (attempted) gang rape. Whatever it was, it has nothing to do with “committed, monogamous same-sex relationships.” (3) The passages of Leviticus 18:22 and Leviticus 20:13 are not applicable today, because the Old Testament ceremonial law is not applicable today; and, besides, the behavior condemned was ritual prostitution, not homosexuality as such. (4) Romans 1:26-27 refers to men and women who are “naturally” heterosexual, but who deliberately com­mit homosexual acts contrary to their own nature. For a homosexual man to have a relationship with a woman would be unnatural for him. Or, the meaning is a con­demnation of sexual exploitation or (again) ritual temple prostitution. (5) The words “effeminate” and “abusers of themselves with mankind” (I Cor. 6:9-10 and I Tim. 1:10) do not refer to homosexuality but to some kind of sexual exploitation, and cannot be used to condemn “commit­ted, monogamous same-sex relationships.” One passage Vines does not discuss, leaving the impression that the Bible has only six passages about (against) homosexuality, is Matthew 19, where Jesus teaches that God instituted monogamous, heterosexual, lifelong marriage, and where Jesus affirms the clear distinction between the male and female (Matt. 19:1-12). Homosexuals desire to leave the im­pression that Jesus never addressed homosexuality.

I urge the readers of the Standard Bearer, and espe­cially parents and Christian school teachers, to be ready to answer these arguments, for they will come up again and again. I do not have time to answer them here, but to dismiss them as not worthy of a response is not the way to equip our members.3

Besides all this, we live in an emotional society. Argu­ments, logic, and exegesis mean little to a culture who react rather than reflect. If you have a story and can tell it in an emotional manner, you will win hearts and minds of people more than if you have good, theologically sound arguments. Politicians and the news media know this. Advertisers know this. Increasingly, the church panders to this.

Matthew Vines’ video is only the beginning. His next step has been to set up the Reformation Project, a “Bible-based, Christian, non-profit organization that seeks to reform church teaching on sexual orientation and gender identity.” How Bible-based is it? The statement of faith on the website is deliberately broad: “We are ecumenical in nature and mission, inclusive of Protestant, Catholic and Orthodox Christians alike.” What is the “reformation” that Vines’ project seeks? The Reformation Project intends to equip activists (he calls them Reformers) to spread the revisionist view of Scripture to their commu­nity and especially to their churches.

From September 18-21, Vines held a conference in Asbury United Methodist Church, Kansas City, KS. In attendance were fifty hand-picked Christians chosen from the one hundred who applied. Before they even attended the conference, these people were required to read 1,100 pages of material on the subject in preparation. Vines writes on the Reformation Project website:

We will equip them [the volunteers] with the tools and training they need to go back to their communities and make lasting changes to beliefs and interpretations that marginalize lesbian, gay, bisexual, and transgender (LGBT) people. Once they go back, we will continue to offer them personal, financial, and infrastructural support for months and years to come. We will ensure that even those with the biggest and most daunting of goals will have the means to accomplish them. Crucially, the aspir­ing reformers that we train will not be seeking to change their churches by asking them to ignore or look past the Bible. The Bible is not anti-gay. It never addresses the issues of same-sex orientation or loving same-sex relation­ships, and the few verses that some cite to oppose those relationships have nothing to do with LGBT people. Careful, persistent arguments about those passages have the power to change every Christian church worldwide, no matter how conservative its theology. The mission of The Reformation Project is to train a new generation of Christians to streamline that process and accelerate the acceptance of LGBT people in the church.

We have been warned. Coming to a church near you is one of Matthew Vines’ “Reformers.” I am no prophet, but I would not be surprised to hear of a Reformation Project event or conference in a Christian college in the not so distant future. Vines has money and influence to spread his message. Scripture, however, warns us of men like Mr. Vines, who are guilty of “turning the grace of God into lasciviousness.” Such men creep into the church unawares, or, like Mr. Vines, they grow up in the church. Instead of repenting, they demand that the church change the holiness of God to accommodate them.

The Bible teaches forgiveness for homosexuals, as well as for sinners of all other categories. For, “such were some of you, but ye are washed…” (I Cor. 6:11).

In the way of repentance and faith.

Only in the way of repentance and faith.

1 Two of the best books on the subject are Robert A. J. Gagnon, The Bible and Homosexual Practice: Texts and Hermeneutics (Abingdon Press, Nashville, TN: 2002) and James R. White and Jeffrey D. Niell, The Same Sex Controversy (Bethany House Publishers, Minneapolis, MN: 2002). The latter is more accessible to the common reader than the former.

2 Cited in “Matthew Vines’ ‘Homosexuality is Not a Sin’ Message Finds Support in Kansas,” Examiner.com, September 20, 2013.

3 James R. White, of Alpha and Omega Ministries, has re­sponded in a 5-hour podcast to Vines’ presentation. It can be downloaded for free from http://www.aomin.org/aoblog/index.php/2012/05/23/gay-christianity-refuted/. White responds to every one of Vines’ arguments at length. I highly recommend this to all our readers. 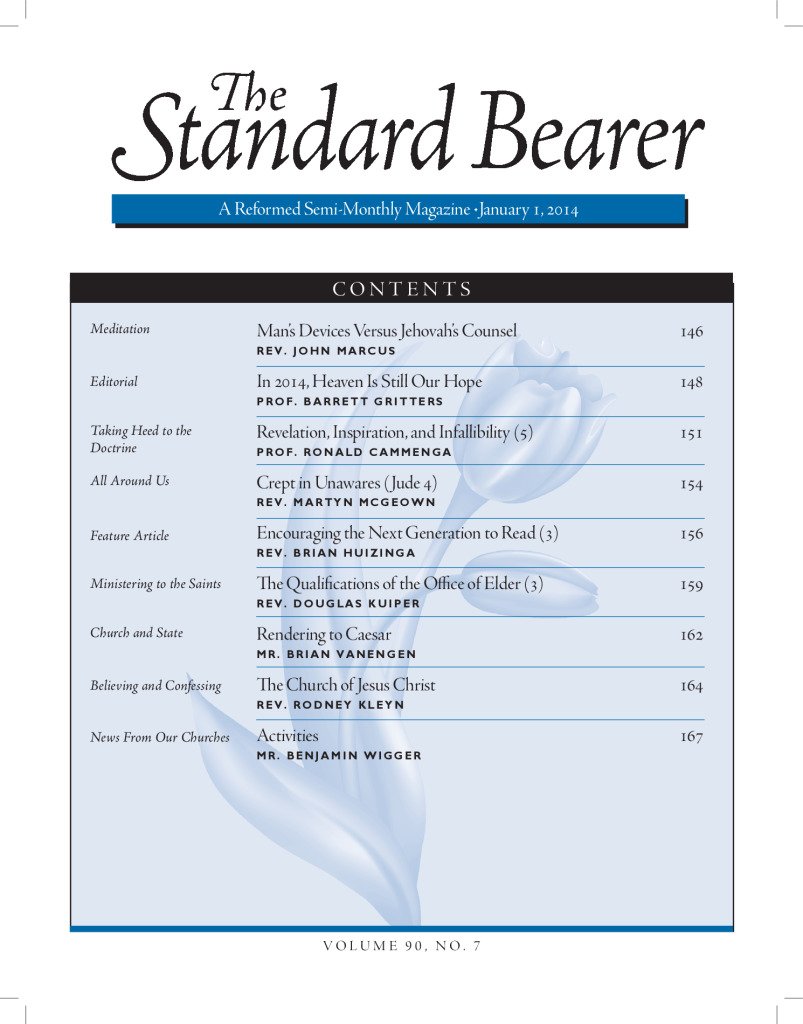