To the editor of the Standard Bearer.

In the Standard Bearer of Nov. 15, 1973 there appeared an article written by brother Mark Hoeksema under the heading, “Two wise men and a fool. ” In this little story, brother Hoeksema illustrates the foolishness of the Jamaicans. He writes about the foolishness of their way of driving their automobiles, also on the general economic situation, and about Jamaica’s political instability all of which is a result of their foolishness.

I will pass all this by. But I have some criticism on the way the brother writes about the churches in Jamaica.

He calls them fools. Foolishness as men count it, and foolishness as God counts it. Unhappily, the brother writes, there are not two wise men for every fool. In fact one must search to find a wise man among the fools; but, the brother further writes, we must keep things in perspective for though most seem to be fools, there are some wise men. The students whose training is almost finished have shown wisdom. There are elders who are wise, and there are some people who have shown wisdom. They are a minority, but they do exist.

Furthermore, the brother writes, against such a background, the decision of the Mission Committee to terminate the labors of the present is certainly justified, and according to the brother, it is wise.

That is brother Hoeksema’s conclusion. And because of this conclusion we as churches must turn to other mission fields the Lord has opened for us.

Let us, therefore, not be highminded, but fear. 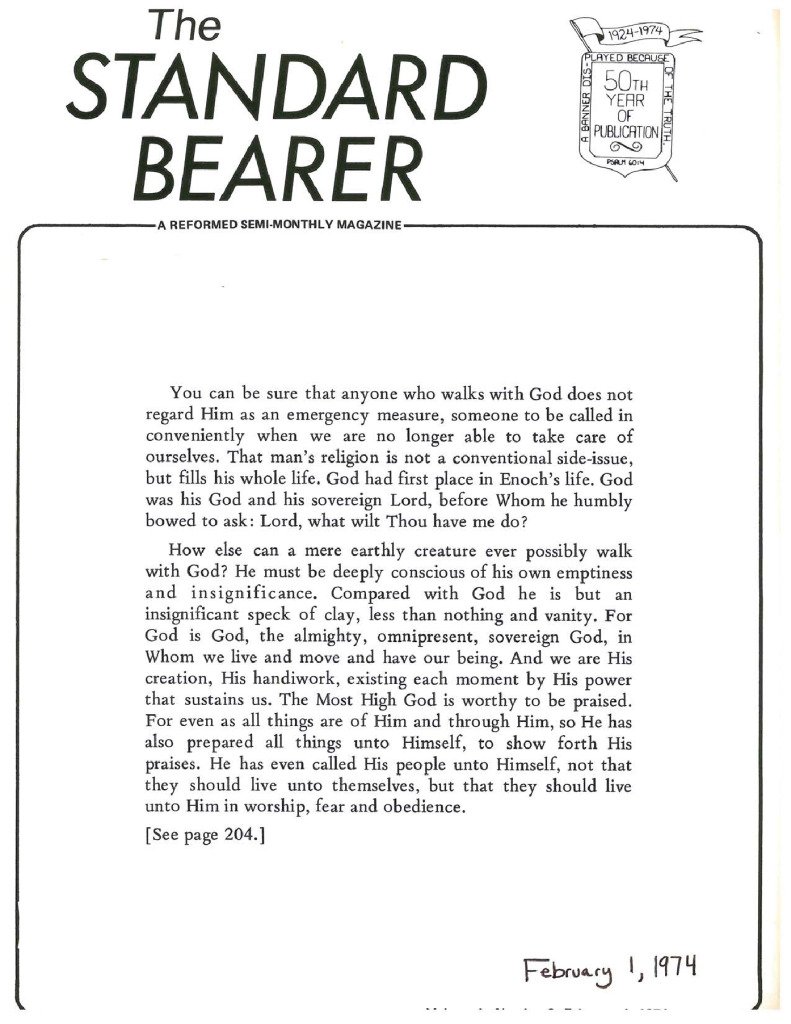