An Apology to Mr. J. Hendriksen,

We express our regrets for having said that Mr. Hendriksen was secretly working for a union with the Christian Reformed Church and hereby make public the apology offered to him by us. Mr. J. Hendriksen is scriba of the Protesting Christian Ref. Church of Kalamazoo, and it was especially for the fact that he as scriba of this congregation has put two ministers of the Chr. Ref. Church and a student of Calvin Seminary on the pulpit in the absence or disability of the minister of said congregation, that also we were of the opinion that he was working towards leading us back to a denomination with whom we differ in principle and consequently cannot unite. Mr. Hendriksen has with Mr. A. Woltersom also an elder and witness in full agreement at the home of P. Alphenaar agreed to the fact that we, as the congregation of Kalamazoo, being doctrinally and spiritually one with the Protestant Reformed churches, should be united and should seek this reunion on a scriptural and legal basis.

These statements were made in the capacity of an elder on official business. We were very much and happily surprised by this attitude and we are very hopeful that this reunion will be accomplished, for we know that the other elders take the same stand and the congregation with very few exceptions, has long been hoping and praying for this, and only recently a petition to this end, signed by sixty-two members in full communion was presented to the consistory. Pray, who or what is standing in the way then?

Is the door still open as far as the Protestant Reformed Churches is concerned?

Suppose that the whole affair be approached from a different angle and that a committee from both sides works out a scriptural and legal basis. It shouldn’t be difficult for Christ-believers to forgive and forget and it doesn’t seem too difficult to find a way. We hope that the elders of our congregation may know their duty and have the courage of conviction, so that we and our children through the grace of God may be preserved for the Protestant Reformed Truth.

Yours for true Christian Fellowship, 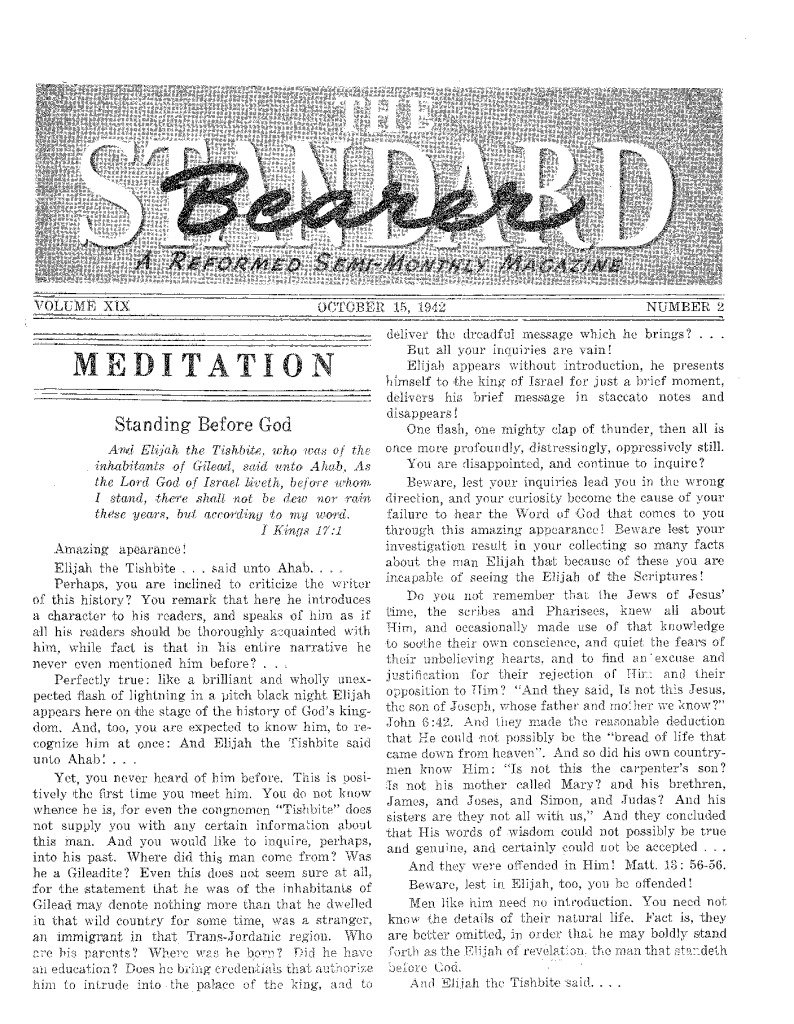