Confronted By The Same Issues—Sequel

Confronted By The Same Issues—Sequel

Perhaps our readers will recall that in our March 1 issue we made the point that the Reformed Churches in New Zealand, which support the Theological College in Geelong, Australia, might soon be confronted by the same issues which they faced in connection with the doctrinal errors of Dr. K. Runia. We suggested that this might be the case in connection with some views expressed in a sermon by Dr. S. Woudstra, the designated replacement for Dr. G. van Groningen at Geelong, (March 1 issue, pp. 243, ff.).

1. re Dr. S. Woudstra: There still seems to be some misunderstanding on the part of some members concerning the appointment of Dr. Woudstra. This appointment was made by the Board of Foreign Missions of the Christian Reformed Church of America, in response to our urgent plea for assistance in the form of a replacement for Dr. G. Van Groningen in the department of Old Testament.

As previously stated in our circular letter of 15/9/71, this appointment of Dr. Woudstra differs from a normal appointment in that he comes to us as a professor on loan from the CRBFM, which undertakes to pay the costs of transport for him and his family to Australia, and to continue to support him financially for the duration of his term of service with the College.

However, the main reason why we are writing to you here about Dr. Woudstra is on account of criticisms of a recent sermon preached by him in the Borculo Christian Reformed Church, of which he is presently associate-pastor, and of which Dr. van Groningen was pastor before his departure for Australia.

We quote from a letter received from the Far-East. Secretary of the CRBFM (Christian Reformed Board of Foreign Missions):

“. . . Dr. Woudstra is aware that these charges had been made. He informed me that the Association of Christian Reformed Laymen- (which publish a semi-secret Newsletter) had also published something critical of a few sentences from this sermon. In both these instances the presentation of the material has been judged as utterly unfair . . . If precedents are of any significance, I believe I can say that the committee will consider the consistory judgment to be adequate and final.” (We refrain from commenting on Prof. H. Hoeksema’s criticism of Dr. Woudstra’s sermon, as it appeared in the Standard Bearer of 1st May ’72).

In connection with the above statement of the Board of Directors of Geelong we make the following comments:

1) While we do not know the precise form in which this matter was brought to the Board of Directors, it is evident that the Board was made aware of the criticisms of Dr. Woudstra’s sermon. And undoubtedly, if they had been so minded, the Board could have had access to all the material, including the sermon-tape itself, and could—and should—have made their own judgment. After all, the Board is responsible for the instruction and the orthodoxy of the instructors at Geelong—even of instructors who are loaned by the Christian Reformed Board of Foreign Missions. In other words, it is the responsibility of the Board of Directors to decide whether or not the loan is acceptable.

3) It is evident that the Board does not enter into the issues whatsoever. Instead, the Board of Directors hides behind some second-hand testimony from the Borculo Church without even checking and testing the accuracy of that testimony.

4) It is evident that the Board of Directors has not at all changed its attitude since they were confronted by similar issues in the case of Dr. K. Runia. Also then—although there was detailed protest against Runia’s views—the issues were glossed over. And now the Board was confronted by the same issues, only this time in the case of a professor-on-loan and even before he had arrived. To make matters worse, in this case the issues concern one who is to occupy the Chair of Old Testament studies! And the professor-designate for the Old Testament department literally states: 1) That he does not know precisely what the infallibility of Scripture means. 2) That he does not know the correct interpretation ofGenesis 1-11. 3) That the Old Testament teaches that God is changeable. The issues could hardly be clearer. And they could hardly be 1 more crucial. One can only conclude that the Board of Directors is not sufficiently concerned about the orthodoxy of their College and of the future ministers in Australia even to make a thorough investigation. ~They would prefer to use the whitewash brush! 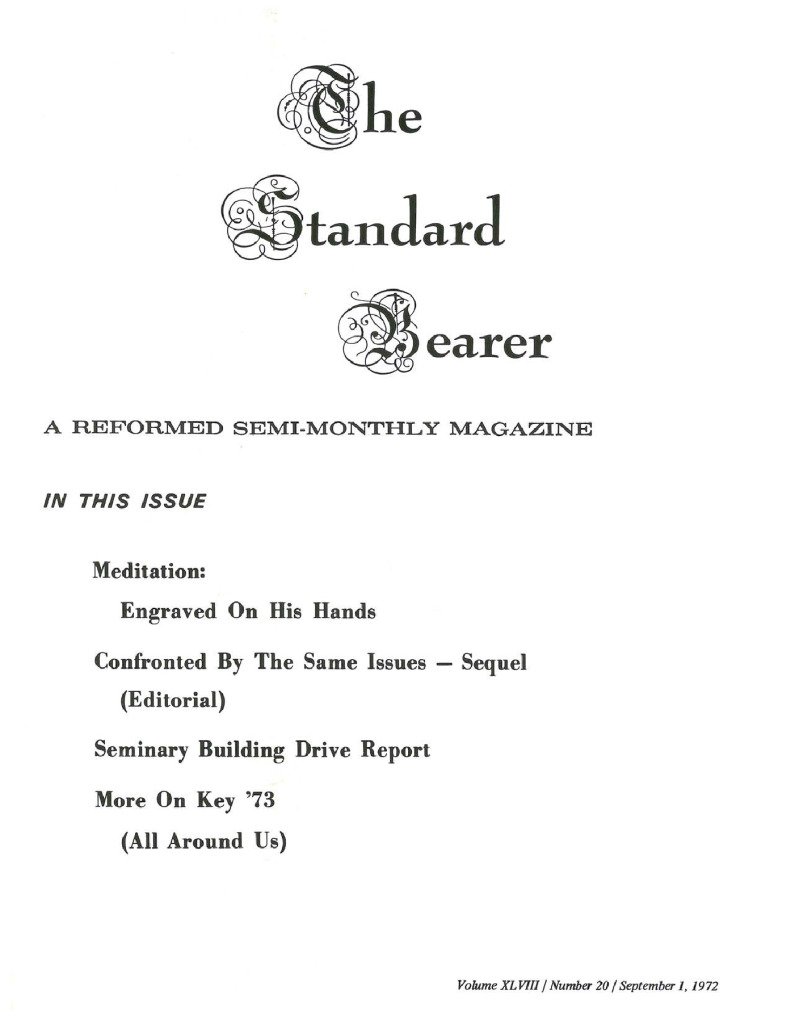