Classis West met in regular session on March 6, 2013. The congregation in Lynden, WA hosted this meeting, as well as the officebearers’ conference the previous day—a commemoration of the 450th an­niversary of the Heidelberg Catechism.

God reminds us that we must make all our plans subject to His will. One minister busied himself on Tuesday preparing a funeral speech; another minister and an elder had to return home early because of the death of the elder’s father; and another elder never ar­rived, his flight being cancelled due to winter weather.

The fall meeting of the Classis will be held in Love­land PRC. This meeting will be held on September 4, unless the classical committee reschedules the meeting. Sometimes Classis meets twice in the fall—once for its regular meeting, and then for a special meeting (to ex­amine a candidate, for instance). Because two fall meet­ings are time-consuming and costly, Classis mandated its classical committee to reschedule the September meeting, if necessary, to avoid a second meeting.

May God bless the decisions that were made for the good of the churches. 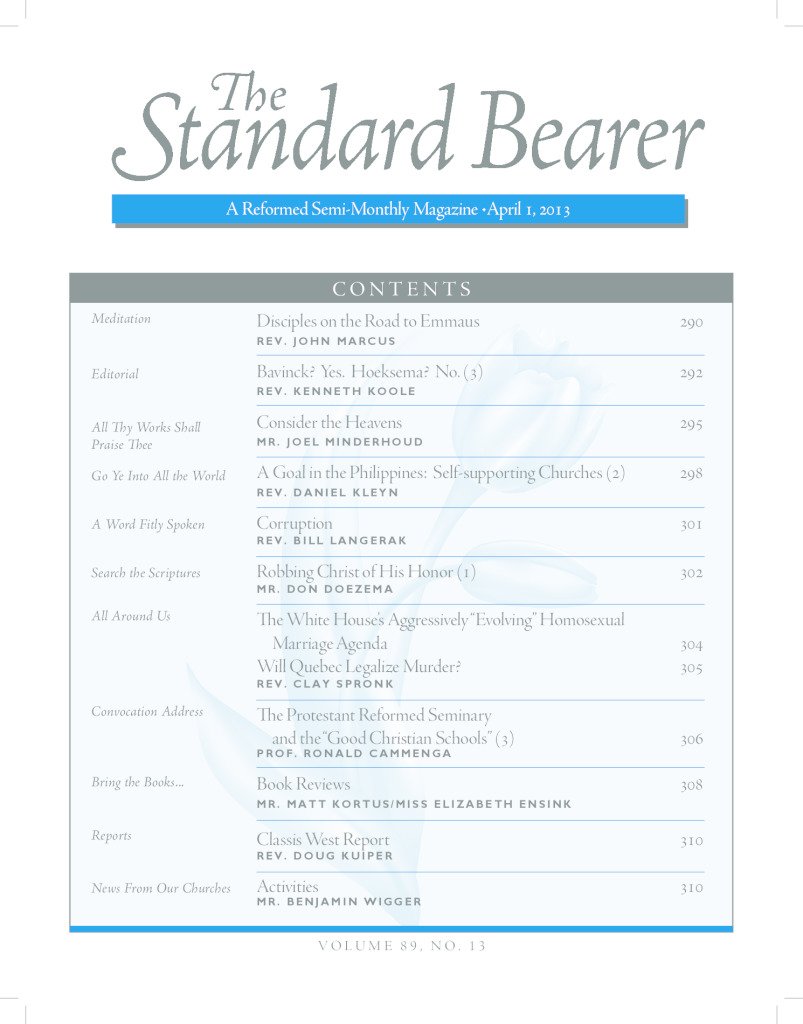