Classis East met in regular session on Wednesday, May 11, 2016 at the Providence PRC. This was the first time that Providence has hosted a meeting of classis. The churches were each represented by two delegates. Rev. G. Eriks was the chairman for this session.

In its first order of business, classis approved the orga­nization of a new congregation in Pittsburgh, PA. The request for organization came via the Council of Southwest PRC. A sizeable delegation from Pittsburgh was present, as was the current home missionary, Rev. Wilbur Bruinsma. The delegates ad examina from Classis West were present as well and gave concurrence to the decision of classis to organize this congregation. Southwest PRC was given the responsibility to organize this congregation. Rev. A. den­Hartog was appointed as its moderator. Needless to say, this was a joyous moment for the classis as God, through the ardent work of its missionary, gave our churches an­other congregation. The new congregation will consist of six families (seven if the pastor is included) and five confess­ing adults. Two more adults are in the process of making profession of faith.

Classis considered two protests against the decisions of the January, 2016 Classis regarding the sustaining of a charge of antinomianism against an appellant. The first protestant contended that classis, in its January 2016 deci­sion, adopted grounds that were illogical and contradictory. Further, he contended that Article 79 of the Church Order was misapplied since, he argued, that Article 79 applied only to public sins. Finally, the protestant contended that a countercharge of antinomianism interfered with the protest and appeal process. Classis did not sustain this protest. Classis adopted the advice of its committee of pre-advice that 1) Article 31 does not prohibit a consistory from bring­ing a charge of sin in the course of a protest or appeal; 2) Article 79 was not used by classis as a ground in its January 2016 decision; and 3) The decision of classis in January 2016 gave proof for its upholding the consistory’s charge of antinomianism against the appellant. The protestant failed to cite this part of classis’ decision. Classis further decided that the recommendation made was not legally before the classis since the requirements of Article 31 of the Church Order had not been met.

The second protestant contended on the basis of Ezekiel 33:6,7 and Article 31 of the Church Order that the right of a believer and/or officebearer who is protesting or appealing, as compelled by their conscience, is prevented or hindered when charges of sin are brought against him in the course of considering his protest. Classis did not sustain this protest since the brother who brought the appeal to the January 2016 classis has indeed filed his appeal to synod. Classis further ruled that it is legitimate for a consistory to raise a charge of sin when there is sufficient evidence of an unbibli­cal or un-Reformed position set forth in a protest or appeal.

A notice of appeal to Synod 2016 was received from the brother whose appeal against his consistory had been adjudi­cated at the January 2016 meeting of classis. Classis took note of this appeal and further informed synod: 1) that the brother fails to comply with the Rules of Synod that apply to protests, appeals, and overtures, which require brevity and exclude the bringing of new material regarding the appeal; and 2) that the appellant adds new explanations that show agreement with classis’ and his consistory’s decisions regarding his appeal.

In other business, classis received the report of the church visitors, entered closed session to deal with matters of disci­pline, adopted a classical appointment schedule for Holland PRC and the new Pittsburgh congregation, transferred the Ministerial Credentials of Rev. Daniel Holstege to Classis West, appointed Rev. C. Haak as the moderator for Hol­land PRC, and approved expenses for the classis’ meeting of $1,868.33

Classis will meet next on Wednesday, September 14, 2016 at Southwest PRC. 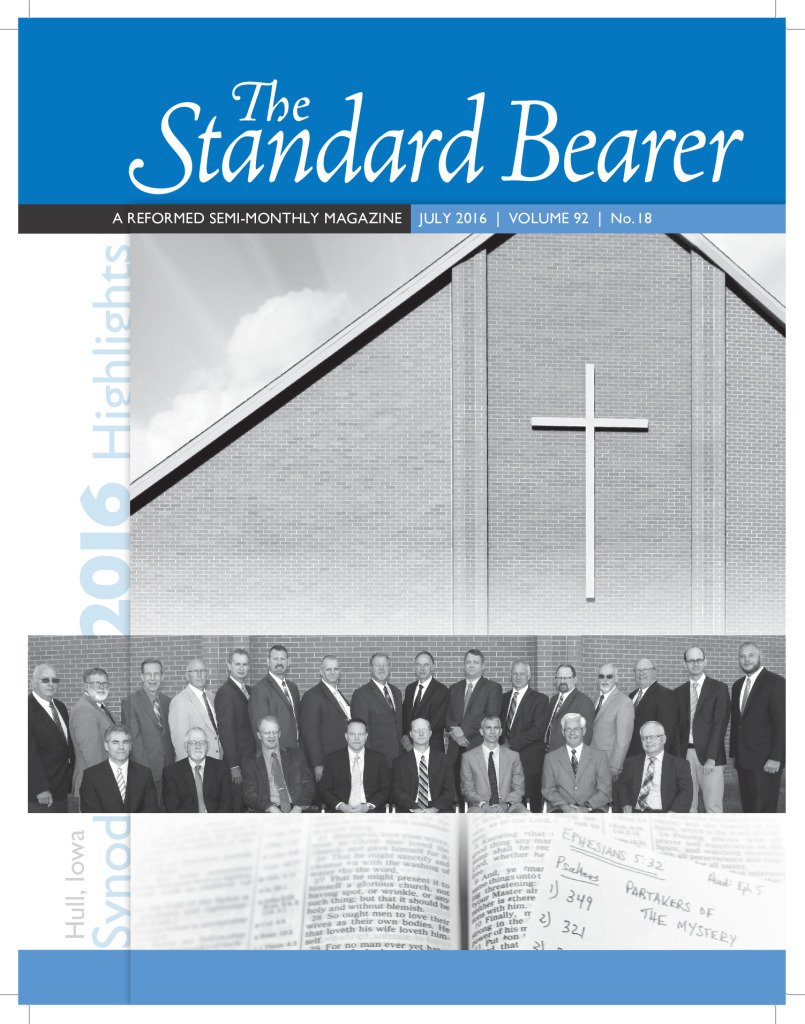