The chairman of the last meeting of Classis, Rev. M. Schipper, conducted the opening exercises. He read I Peter 5 and then led in prayer.

The credentials, which were read and accepted, showed that all the churches were represented by two delegates except the congregation of Randolph, which had only one delegate, due to the fact that Rev. Lubbers could not yet be with us on account of illness.

After the Classis was declared constituted, Rev. G. Vanden Berg was called upon to preside. He speaks a word of welcome and further asks those delegates who are present for the first time to sign the formula of subscription.

The minutes of the last Classis are read and adopted. Article 10 of those minutes refers to the report of the Church Visitors that was to be written in the book that is kept for this purpose. It is reported that this had been done now.

The committee, appointed at the last Classis to visit Rev. G. Lubbers, report that they had done so and further that his condition is greatly improved, that he will soon be able to return to his home and probably also in the near future will be able to take up his work in Randolph again.

The Classical Committee handed an a written report of their activities as was requested of them at the last Classical meeting.

Randolph also asks for advice in re the prolonged illness of Rev. Lubbers.

Classis advises Randolph, in view of the favorable change in the condition of Rev. Lubbers, to continue as they have been doing in the past.

The chair appoints a committee to draw up a schedule of classical appointments for Randolph. Later in the day they present the following schedule, which is adopted by Classis:

A Consistory, that asked for advice in re increase of censure, was advised that the Consistory first make this decision before they bring this matter to Classis.

Classis received two invitations, one from Hope and the other from Second Church in Grand Rapids, to hold its next meeting there. Upon motion it was decided to accept the invitation of Second Church.

A protest of a brother against his consistory, together with the answer of the consistory involved, is read and received for information.

Classis decides in this matter, that the protestant has proved the main point of his protest and that the consistory therefore should retract the decision against which this protest was directed. Four delegates ask to have their negative vote recorded in the minutes in re this matter.

Concerning the last part of the above mentioned protest, Classis decides, that the protestant had no right to protest since he did not protest on the meeting in question.

Classis now takes up the matter of voting for a Stated Clerk. From a nomination of three, D. Jonker is chosen.

The terms of two members; of the Classical Committee expire. From a nomination of six, Rev. G. Vos and Rev. G. Vanden Berg are elected.

The questions of Article 41 of the Church Order are asked, and satisfactorily answered by the consistories.

The minutes are read and adopted. A motion to adjourn is passed. Rev. J. De Jong leads us in the closing prayer. 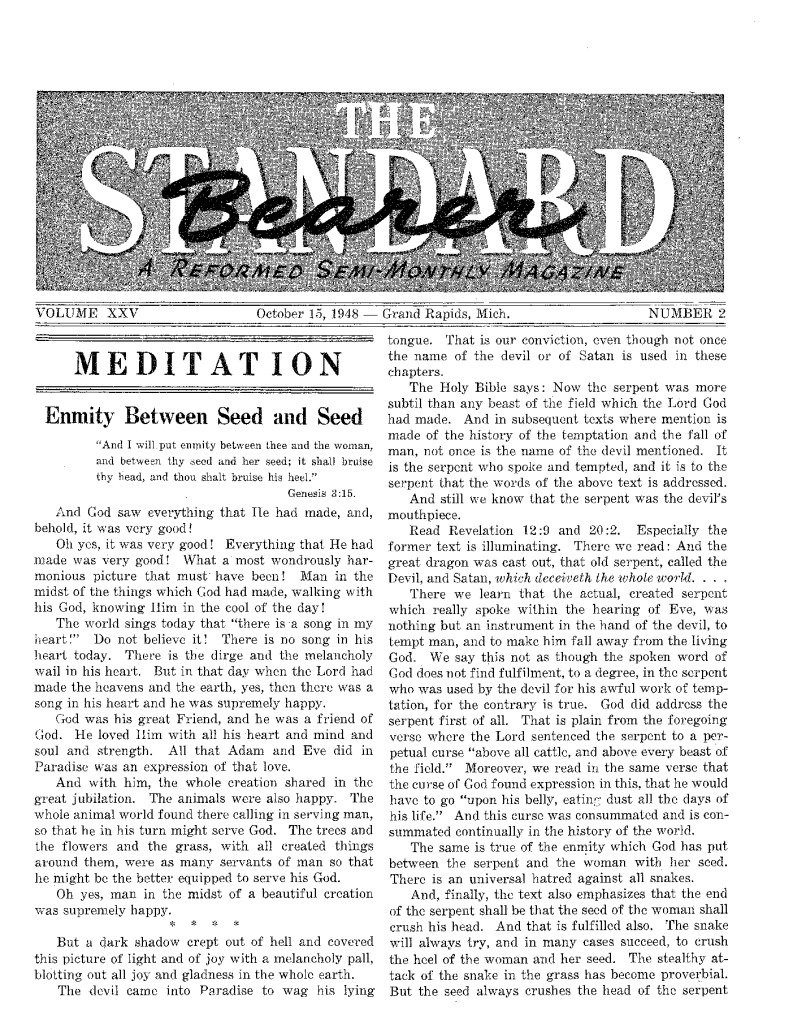