Classis East met in regular session on Wednesday, January 14, 2015 at the First Protestant Reformed Church of Holland, MI. The churches were each represented by two delegates. Rev. Heath Bleyenberg served as chair for this session.

Classis received a protest from a brother against its decision taken at its September/October, 2014 session regarding the scheduling of Prayer Day services. The protestant argued that the way to make this change in the date for Prayer Day services would be through overture. Classis did not sustain this protest. The grounds given by Classis (summarized): 1) Classis East’s decision did not make allowance for an individual consistory to determine for itself matters of the Church Order or that which belongs to the churches in common. Classis allowed only the change of the date of the service, not the elimination of the day. 2) The protest erroneously assumes that all common practices are of the same importance and therefore must be changed only by overture. 3) The protest is based on a fear that the change of the date on which Prayer Day is observed will lead to other changes. This fear is not a legitimate conclusion. 4) The protest claims that the decision of Classis would establish precedent that would prove destructive to denominational unity. The protest, however, does not prove this point. 5) The protest does not respond to nor interact with any of the grounds Classis gave for its decision.

In other voting Rev. A. denHartog and Rev. M. DeVries were elected to serve three-year terms as primus and secundus terms respectively. Rev. W. Langerak was appointed to serve a three-year term on the Classical Committee, and Revs. Haak and VanOverloop were chosen as church visitors; Revs. Koole and DeVries will serve as alternates.

The church visitors reported that they found a spirit of peace and unity in the churches.

Expenses for this session amounted to $238.84. Classis will convene next on Wednesday, May 13, 2015 at the Hudsonville PRC. 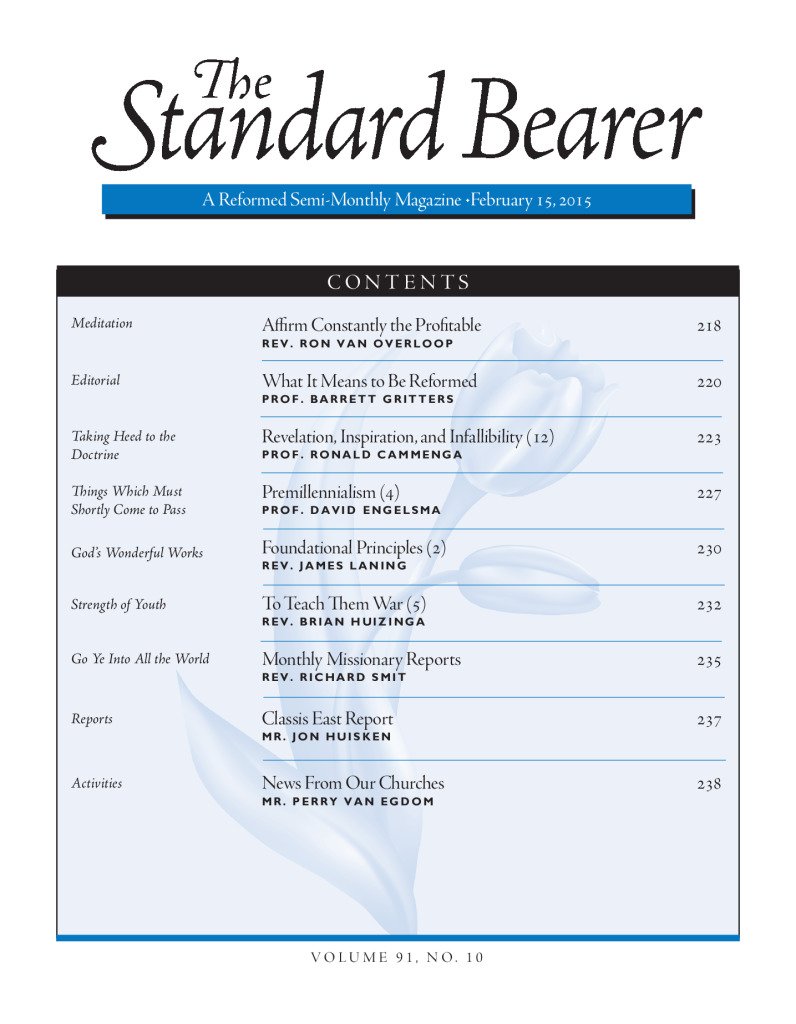