The following was written by Doon member Vi DeBoer.

Nestled quietly in the very northwest corner of the state of Iowa, which is in the north central part of the United States, is the small village of Doon. Not much to take note of by human standards, but home for 93 years to a small congregation of believers. The Doon Protestant Reformed Church was born out of the Christian Reformed Churches in the area in 1926. The Lord used the weak means of preaching by various Protesting Christian Reformed ministers to bring about the formation of the Doon Protesting Reformed Church. The organizational meeting was chaired by Rev. B. J. Danhof of the neighboring Hull congregation on March 17, 1926. The congregation numbered a mere fifty-two souls and organized with two elders and two deacons as their consistory. In November of 1926 the congregation took on the official name of Doon Protestant Reformed Church. The members were mostly farming families.

The Lord of the harvest sent Doon their first pastor when Rev. J. De Jong was installed on October 2, 1929. Three long years of vacancy finally ended! The con­gregation purchased a church building on upper Main

Street from a disbanded Baptist group. The building required continued stoking of the furnace to keep the parishioners’ feet from freezing. The building was re­modeled installing individual padded theater seats and improved heating in 1946, and this building served as their meeting place until 1975.

The years of the Great Depression hit the entire coun­try and the Doon PRC members were not spared. Rev. G. Lubbers often had to take his “salary” in the form of meat, eggs, chickens, or fruit from the family gardens. To feed the furnace at church, the men of the congrega­tion chopped wood from the nearby river’s edge since coal was too costly.

A young pastor, Rev. G. VanBaren, served the congregation from 1956-1962, coming to Iowa saying he hoped to see “a good old-fashioned Iowa blizzard.” He got his wish. The winter of 1962 was so severe that many mem­bers were not able to attend church for weeks.

Rev. H. Hanko (later to be professor) served the congregation two short years (1963-1965). His “live­ly” preaching could be heard through the open church windows by the people having picnics in the park across the street.

Rev. R. Decker (later to be professor) came to Doon fresh out of seminary and saw the opening of the North­west Iowa Protestant Reformed School during his pastor­ate. This school was the result of many years of school society work and the blessing of the Lord on that labor. The doors opened for grades 1-8 in the fall of 1967 with Mr. Fred Hanko, Sr. teaching the upper grades and Mrs. Jeanette Van Egdom teaching the lower. The students were driven in by their parents from the Hull and Doon PRC congregations. The school building has been added to and remodeled several times, but still functions as the school building today with 22 students.

In 1971, Rev. R. Moore became the ninth pastor of the Doon PRC. During this time the new church build­ing was built in the northeast corner of town on a lot where the Roman Catholic Church once stood. The building still serves the needs of the congregation today with minimal changes being made.

Rev. R. Dykstra (later to be professor) was installed in Doon in 1986 and served the congregation until 1995. These years were the years of the “80s farm crisis” and several families moved from Iowa for new employment.

Rev. R. Smit took the call to Doon and was ordained in 1996. Rev. and his wife Tricia arrived in Doon with no children, but left in 2004 with five children to labor in Lacombe, Canada.

Rev. D. Overway left the PRC congregation in New Jersey to take up his labors in Doon in 2005.

Our present pastor, Rev. J. Engelsma arrived in 2014 and was ordained in the Doon PRC.

The Doon PRC congregation has had the privilege of overseeing mission work in Singapore with Rev. A. denHartog laboring as missionary and presently in the Philippines where there are three pastors and families laboring: Rev. R. Smit, Rev. D. Kleyn, and Rev. D. Holstege. The Lord has seen fit to bless these missionary labors so that the PRC now enjoy sister-church relationships with the denominations in both countries. To God be the glory!

At its formation, the Doon congregation was mainly comprised of farmers who worked with their families on the fertile Iowa soil. Today the congregation has very few farmers. Although corn and soybean field dominate the landscape as in years past, most of the families work in factories or are managers of agricultural-related industries. The younger generation is finding more and more positions in technology. The congregation enjoys peace and unity among its 210 souls. The Lord has blessed the congregation with several godly young couples and covenant births in the past few years so there are many little children once again in our midst.

Doon PRC has been blessed with faithful preaching of the Word in its history. Truly and thankfully we give all praise to God for the faithful servants He has provided, and we pray for that continued provision for our congregation and for all God’s people scattered throughout the earth. 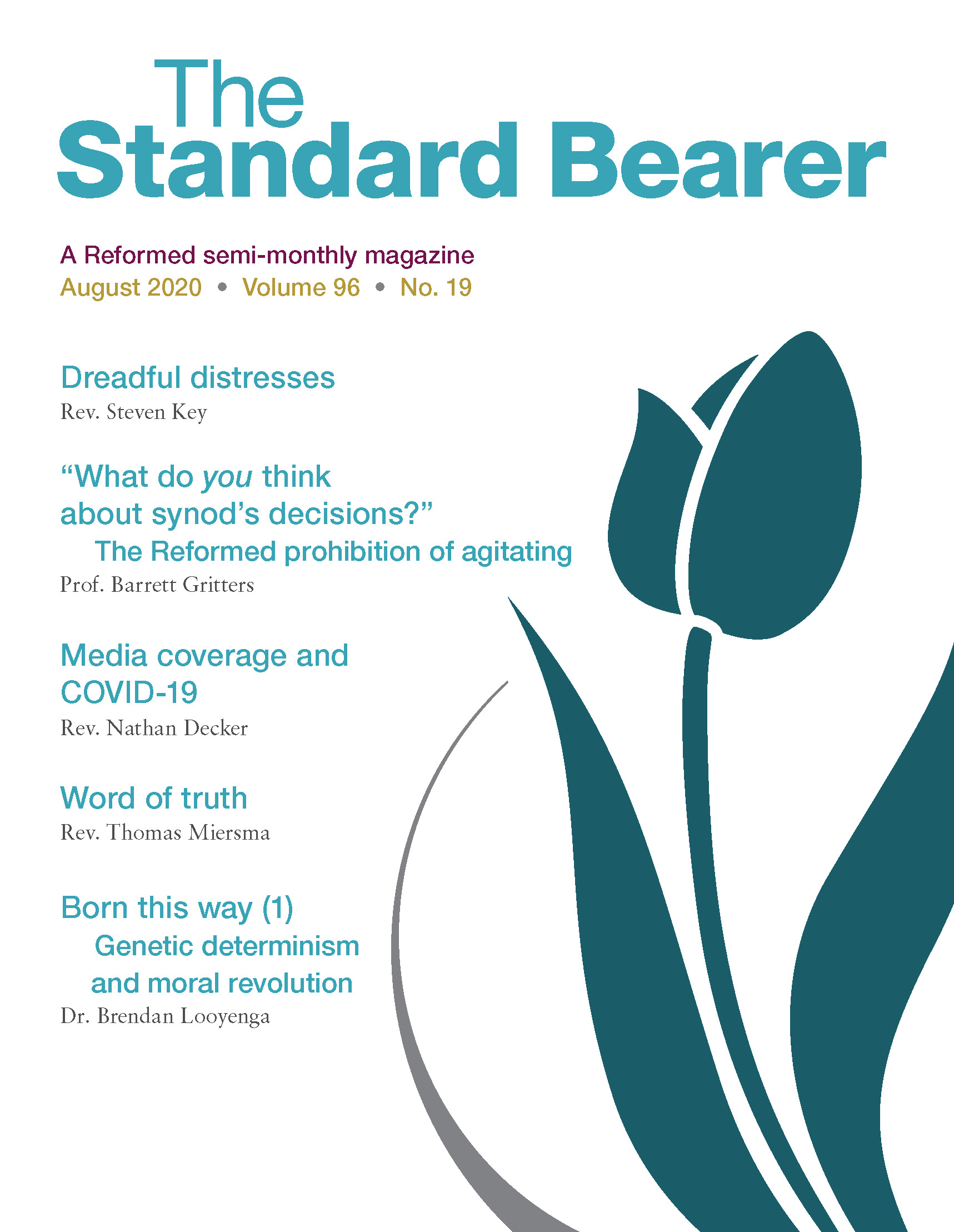