We must never in the whole of our Christian lives forget the suffering of our Lord and Savior. For without His suffering there is no salvation. If Jesus had never died on the cross in the way He did, nothing else would matter about His life. At most, He would have been a good example to humankind. But good examples cannot save. God’s justice demands perfect obedience; but it also demands full punishment for sin.

We must see, then, that Christ not only obeyed His Father in His life but also in His death when He offered Himself the perfect sacrifice. He was not only the Priest who offered the Lamb; He was Himself also the Lamb. Christ’s obedience involved giving Himself as a voluntary sacrifice. The more God gives us to understand Christ’s voluntary sacrifice, the more we will rejoice that we are His sheep.

The sacrifice Jesus gave for us was nothing less than His own life.

What is life? We might define life as conscious activity. The most basic activity of life involves breathing. But, life also includes eating, sleeping, interacting, and adapting to the creation around us. The word used in our text (Greek, psuche) is the source of our word psyche, which points to the fact that, when Jesus says that He lays down His life, He is talking about more than just a body that breaths, eats, and sleeps. He is talking about a conscious life that shows itself in earthly relationships.

This life Jesus came to lay down.

That is not the same thing as taking one’s life in suicide. Some feel unable to handle strife in the home. They do not see any meaning in life, lose all hope, and try to escape through suicide. Suicide is not a laying down of life in service to God. In fact, suicide is a selfish refusal to serve God and others. God gives life and various talents to each of us to use for His name’s honor and glory. He calls us to present our bodies a living sacrifice to Him. Therefore, when someone takes his life in suicide, he does so without any authority from God.

Jesus did not take His life in suicide; He gave His life. Laying down His life is the antithesis of selfish taking.

Why did Jesus lay down His life? Jesus informs us: “This commandment have I received of my Father” (John 10:18). What was that commandment to Jesus? Essentially this: “Love me with all thine heart, and soul, and mind, and strength.” The commandment was the same in Paradise, but Adam and Eve refused. They decided that they had the right to determine for themselves what is good and evil. They rejected God and sided with the devil.

In order to reconcile us to God, someone had to satisfy God’s justice. In order to do that he must love God perfectly. Not only that, he must also experience the punishment of hell that each of us deserves for our sins. For this reason, Jesus must love the Father even in His descent into the torments of hell. That is why God sent Christ into the world. He sent Him with authority to take upon Himself our guilt and suffer reproach and shame and reviling, and thus to earn for us righteousness and life. Jesus had authority to lay down His life as a sacrifice because the Father sent Him.

That means Jesus did not go to the cross as a mere human individual. He went as our covenant Head and Representative. He went to the cross as the Good Shepherd who “giveth his life for the sheep.” He did not give His life for all men; He gave His life for a specific group, whom He calls “My sheep,” namely, the elect of God given to Him before the foundation of the world. The Good Shepherd gave Himself as a sacrifice for His sheep.

Even more amazing than Jesus’ powerful authority to lay down His life is His power to take it again. The life He laid down was His earthly, mortal, corruptible human nature subject to suffering and death. The life He took up again was His glorified incorruptible human nature. He tasted death in all its torments under God’s wrath. But He did not remain under that suffering, indicating that His sacrifice satisfied God’s justice. The fact that Jesus had the authority to take His life back again shows that His sacrifice fully covered all the guilt of our sins that had been imputed to Him.

But, in order to be a sacrifice that makes atonement, Christ’s suffering and death had to be completely voluntary. He received a command from the Father and He must obey it willingly.

People make sacrifices for others on different occasions. A soldier might die on the battlefield for the good of his country. But even that is not a pure act of his will. He does not go to the battlefield in order to die voluntarily.

When a lamb was taken to be sacrificed, that lamb did not resist. He did not open his mouth to complain; he was a picture of meekness in the face of suffering. But even that beautiful picture does not come close to what Jesus did for us. Why not? Because the lambs of the Old Testament never actively gave themselves to be sacrificed; their lives were taken from them. In contrast, Jesus gave Himself voluntarily.

It might seem as if wicked men took Jesus’ life. The scribes and chief priests sought how they might destroy Jesus. Judas covenanted with the chief priests for thirty pieces of silver. The multitude came out against Jesus with swords and staves to capture Him. The Jewish counsel arranged the trial and the false witnesses to testify against Him. Annas and Caiaphas interrogated Jesus and declared Him guilty. The soldiers blindfolded Jesus and called upon Him to prophesy who hit him. Herod and his soldiers mocked Jesus by dressing Him in royal purple. Pilate refused to let Jesus go. The crowd chose Barabbas instead of Jesus. Pilate’s soldiers pressed the crown of thorns upon Him. The soldiers pounded the nails through His hands and feet. The passersby railed on Jesus. Was it not the activity of so many wicked hands that crucified and slew Jesus?

Nevertheless, Jesus says, “I lay down my life.” Everything about Jesus’ sacrifice shows that it was completely voluntary. His voluntary sacrifice began when Christ willingly made Himself of no reputation and took upon Himself the form of a servant. As the Servant of Jehovah, He remained in complete control of the sacrifice He offered.

Before it was His time, no man could lay a hand on Him. But when His time came, Jesus steadfastly set His face to go up to Jerusalem. The Jews specifically did not want to kill Jesus during the Passover; but Jesus sovereignly sent out Judas with the command, “That thou doest do quickly” (John 13:27). When the mob came to capture Jesus in the garden, as soon as Jesus identified Himself, “I am he,” they all fell backwards; they could never have captured Jesus if He had not willingly given Himself over to them. Jesus never tried to convince Pilate to let Him go. Jesus even carried the cross to the place where He would be crucified; the only reason Simon of Cyrene had to help Him by carrying His cross was Jesus’ physical exhaustion. No doubt, when it came time to pound the nails, Jesus did not pull away. On the cross, He refused to drink the wine mixed with myrrh because He knew He must suffer all the pain. The crowds mocked Him and called on Him to come down if He was the Christ, but Jesus willingly remained until He could say, “It is finished.”

Christ’s sacrifice of Himself was completely voluntary and in perfect harmony with the will of His Father.

What would motivate such a sacrifice?

But who ever heard of a mere human being willing to die, and that for the good of his enemies? That is what Jesus did for us. He died for us when we were rebels against God and His Christ.

Christ’s voluntary sacrifice on the cross points to God’s great love toward us. He sees us in our misery and sets Himself to deliver us and give to us abundant life. He came so that we might have life, and that we might have it more abundantly. Abundant life is nothing less than the fullness of joy in the Father’s presence, ultimately life in eternity. That is what the cross is about.

Now when we see Christ crucified, we must know He is not like the hireling who does not care for the sheep. Rather, let us see Him as our Shepherd who loves us and gave Himself for us. Christ’s voluntary sacrifice manifests His everlasting love to us.

What wondrous love is this! 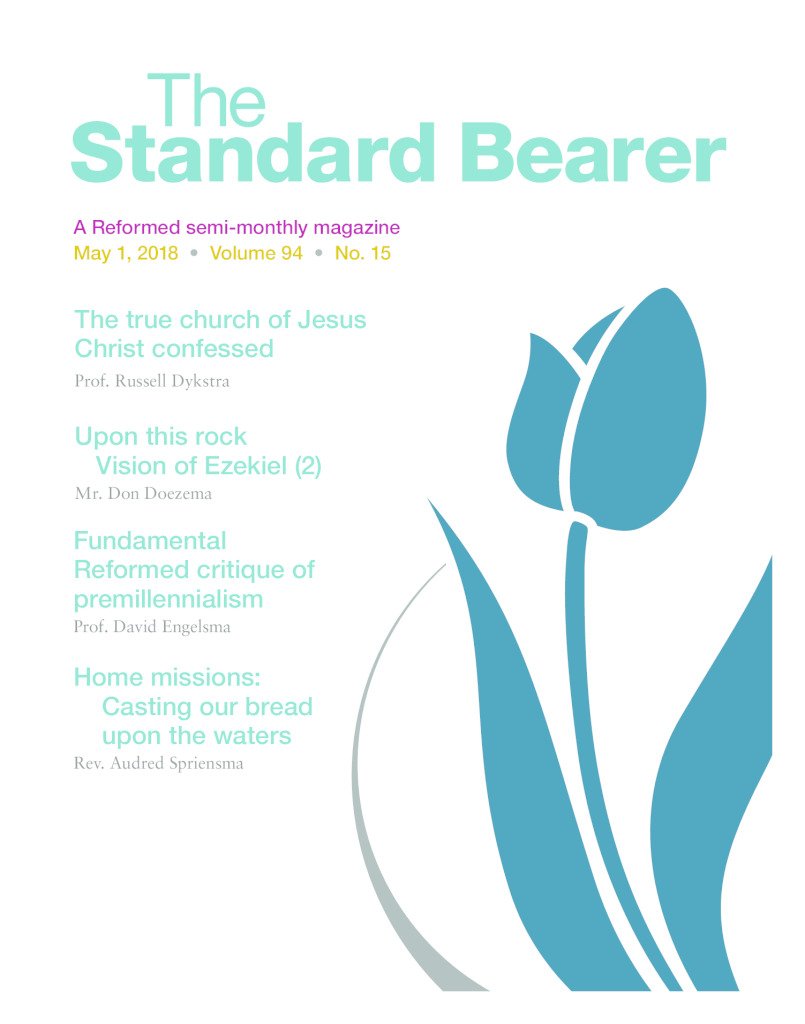