Since we cannot review this book in any kind of detail, we offer a rather lengthy quote from the flap of the book to inform those of our readers who have not heard of C.H. Dodd who he was.

. . . He was a scholar who spent a lifetime devoted to New Testament study and to teaching at the Universities of Oxford, Manchester and Cambridge. He was author of more than twenty. books . . . and was Shaffer Lecturer at Yale, Ingersoll Lecturer at Harvard, Stone Lecturer at Princeton, Sarum Lecturer at Oxford, and Bampton Lecturer at Columbia. . . .

To the public at large he is perhaps best remembered as the Joint Director of the New Translation of the Bible (New English Bible). But here is also a portrait of the riveting lecturer and the Congregationalist minister described by a visitor to his church as “a small spare figure of a man. Always spruce and immaculate in his dress and appearance. A good sense of humor and a ready laugh. A great and natural appearance of vitality.”

A student of music, coins, drama, languages, archeology, all aspects of the classical world, he was too concerned with the central task of communicating the Gospel to his fellow-men for it ever to become possible for him to surrender himself to disciplines almost completely related to the past. . . .

Although recognized throughout the world as New Testament scholarship as an outstanding scholar, and although hailed even in conservative circles for his accomplishments in the field of New Testament studies, C.H. Dodd was, after all, a member of the circle of higher critics who have done untold harm to Scripture.

He possessed a Congregationalist, thus Calvinist, background, but spent most of his productive years in Anglican and American liberal circles. He was deeply influenced by Harnack, Frued, and German higher criticism which led him to adopt the position of literary-historical criticism of the New Testament text. He worked with the ecumenical movement, especially the World Council of Churches and, as mentioned in the quote above, labored in the translation of the New English Bible.

This rather lengthy biography gives many details of his life and labors. It has in my judgment two glaring weaknesses. It does not sufficiently explain his views of Scripture and his literary-historical approach to the Bible, and it presents Dodd as a man who has no faults. The biographer left “the warts” out of the portrait of Dodd, and the result is less than a human figure.

The book will be of interest to those who have made an acquaintance with Dodd through his writings and who have delved into the murky waters of Biblical criticism.

It is but natural that many different subjects are discussed. A few chapter titles (or sermon topics) will show how varied the subject matter is: “The Origin of Evil,” “Heresies,” “Cults,” “Philosophies and Vain Deceits, ” “Faith and Experience,” “True and False Assurance,” “Quenching the Spirit,” “Temptation and Sin,” “Discouragement,” “True and False Zeal.”

There is a great deal of worthwhile material in the book. Lloyd-Jones’ discussion of the cults, e.g., is excellent, and his lengthy treatment of the many forms which temptation takes is of great spiritual benefit. Lloyd-Jones writes well and is always interesting reading. While his material is not always the type of expository preaching to which we are accustomed, it is, for the most part, thoroughly Biblical. We have recommended before the writings of this English preacher who preached for so many years in Westminster Chapel, and we recommend also this book as a valuable addition to the libraries of our readers. It makes wonderful devotional reading, and it will be of great help in understanding the nature of the spiritual battle against sin which God’s people are called to fight. By all means, buy the book. It also makes a worthwhile gift.

The chief weakness of the book in this reviewer’s opinion is that it belabors the subject of the wiles of the devil. Nearing the end of the book the subject itself became somewhat tedious. But this danger can be avoided if the book is read leisurely, a chapter at a time, when the opportunity presents itself. There are many sections of such value that the reader will want to read them again and again. 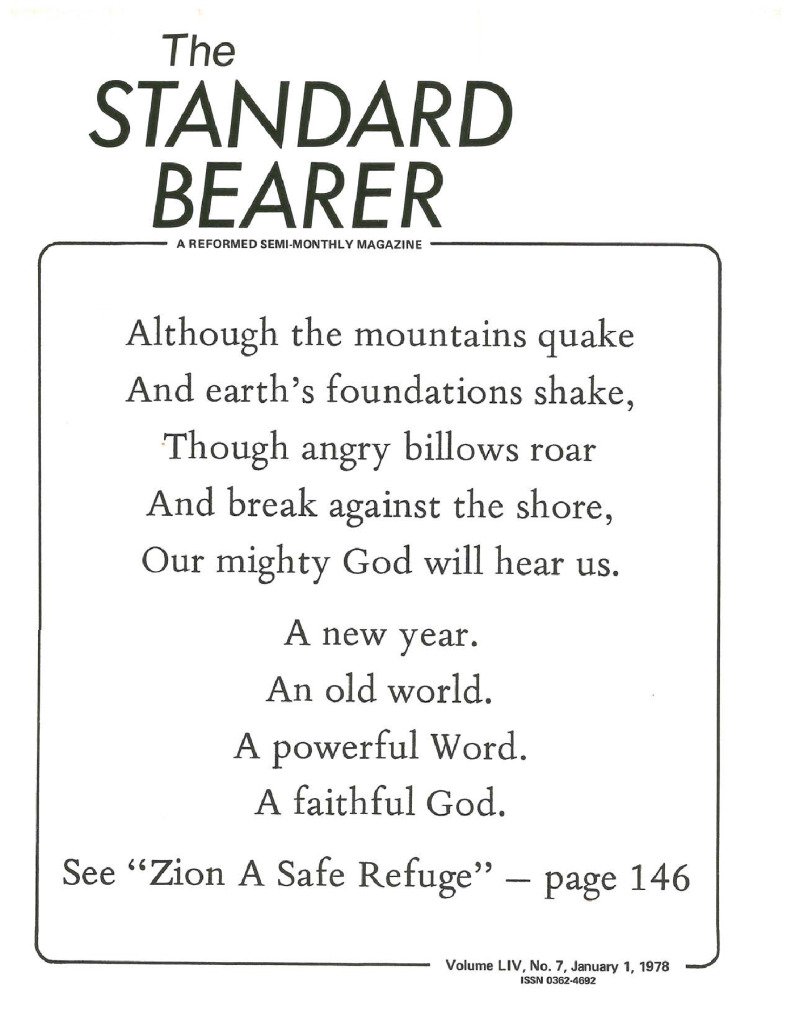