EERDMAN’S HANDBOOK TO THE HISTORY OF CHRISTIANITY,

I can best describe this book by quoting from the blurb on the paper jacket.

(This book) presents a comprehensive, colorful, reliable account of this exciting story (of the Christian Church). The bestselling Eerdman’s Handbook to the Bible (to which this is a companion volume, H.H.) has opened up the Bible in a new way for many people. This new Handbook, similar in design and format, opens up the dramatic events which have helped make the Christian faith what it is today.

The eight major sections introduce the history of Christianity, period-by-period, from its earliest days to the late twentieth century. Specially commissioned main chapters by expert historians form the framework within which many shorter sections appear: on people, movements, and subjects of particular interest. Over 450 photographs, many in full color, give the feel of each period. And useful maps, diagrams, and charts help the reader to understand and interpret the story, giving a bird’s-eye view of events.

The emphasis of the Handbook is on growth and vitality rather than on institutions, giving a broad understanding of each historical period, and then spotlighting key Christian movements and outstanding personalities of the era.

(The book) has been written by an international team of 70 contributors drawn from 10 countries. They write both as professional historians and as committed Christians eager to introduce every reader to the richness of the heritage they have themselves discovered.

We highly recommend this book. It has value for every home and can easily be consulted for information on the events and persons of Church History. It has, however, particular value for our schools. Each school should have a copy in its library. It can easily be used on the Junior High level.

Its weakness is, in this reviewer’s opinion, that it is insufficiently Biblically-oriented. By this I mean that the events, movements, and works of God in the history of the Church are insufficiently discussed in the light of Scripture. Nevertheless, as a sourcebook for much historical material, it is of great value. Buy it and use it. Money spent on good books never goes to waste.

This severe indictment of the entire labor movement, including the C.L.A., is written by one who played a role in labor activities for a number of years. He was a leader in the C.L.A. in Lansing, Illinois, but became a minister in his mid-forties and now labors independently of any denomination. His criticism of the union is particularly centered in the strike, which is also condoned by the C.L.A., but his book ranges over a number of subjects of an economic and political nature. His criticisms of the union are often on target; but his book is weakened by a serious lack of organization and by repeated references to visions, dreams, and appearances of angels which gave him his “insights.” How much better it would have been if the book were a carefully organized discussion of the teaching of Scripture on these points. 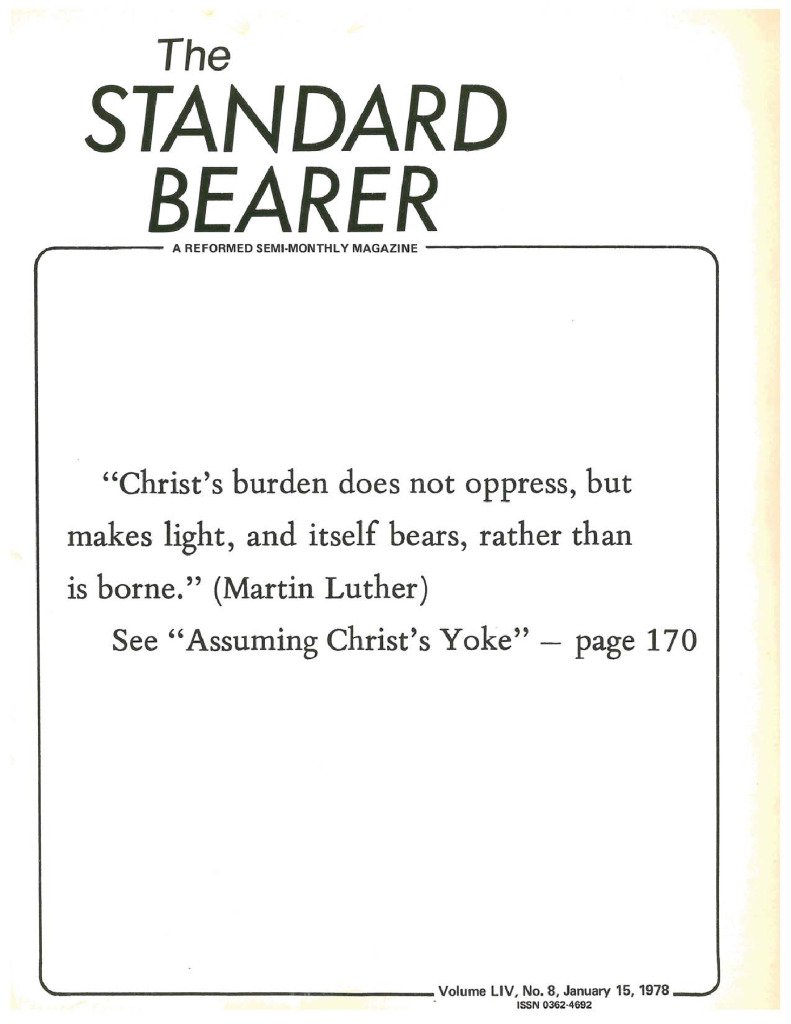