It is rather striking that in theological circles, perhaps especially among Presbyterians, there is an increasing awareness of the truth of Scripture that the covenant of grace is a bond of friendship and fellowship. More and more the traditional view of the covenant as an agreement between God and man is being criticized and abandoned. While Rev. Hoeksema maintained for over fifty years that the idea of a covenant as an agreement was contrary to Scripture and while he did pioneer work in the idea of the covenant as a bond of friendship and fellowship, it has taken many years for other theologians to catch up with him and recognize the Scriptural soundness of his view.

This book, written by the associate professor of Old Testament theology at Westminster Theological Seminary, is such a book. It is in most respects an excellent book and ought to be purchased and read by anyone who is interested in the truth of the covenant of grace. It is clear, concise, and easily read, though it deals with many profound truths.

If there are any weaknesses in the book, they are relatively minor. In a footnote on page 123 the author brings up the question of the offer of salvation in connection with II Peter 3:9—a context in which such a discussion scarcely fits. It seems as if the author is intent on showing that he holds to the offer, even when there is no need for him to make a point of it. On pages 263, 264 there is a serious historical error: the author says that Elisha the prophet “had been relaying the secret counsels of the king (of Israel) to the Syrian adversary.” The historical record will show that it was exactly the opposite. Elisha was revealing to the king of Israel the secret counsels of the Syrian king; and, as a result it was the Syrian king who surrounded Dotham in an effort to capture Elisha.

While perhaps not the main purpose of the book, it would have been well if Dr. Robertson had spent more time in developing the positive idea of the covenant as a bond. The book is very sketchy in this area. While there is a great deal of apologetic against Dispensationalism (and most of it very good), the positive truth of Scripture gets somewhat short attention in the process.

Nevertheless, we welcome the book and recommend it to our readers.

First published in 1957, this book has gone through eleven printings and one revision. It is a book which treats, rather briefly, the chief women in the Bible. It is generally faithful to Scripture and should prove of inspiration and help to many of our covenant mothers. It is not strong in doctrine, but emphasizes, rather, moral precepts. Its greatest weakness is probably that there is insufficient emphasis on the faith of these godly women—the chief reason for their place in Holy Writ. Recommended if read with proper caution. 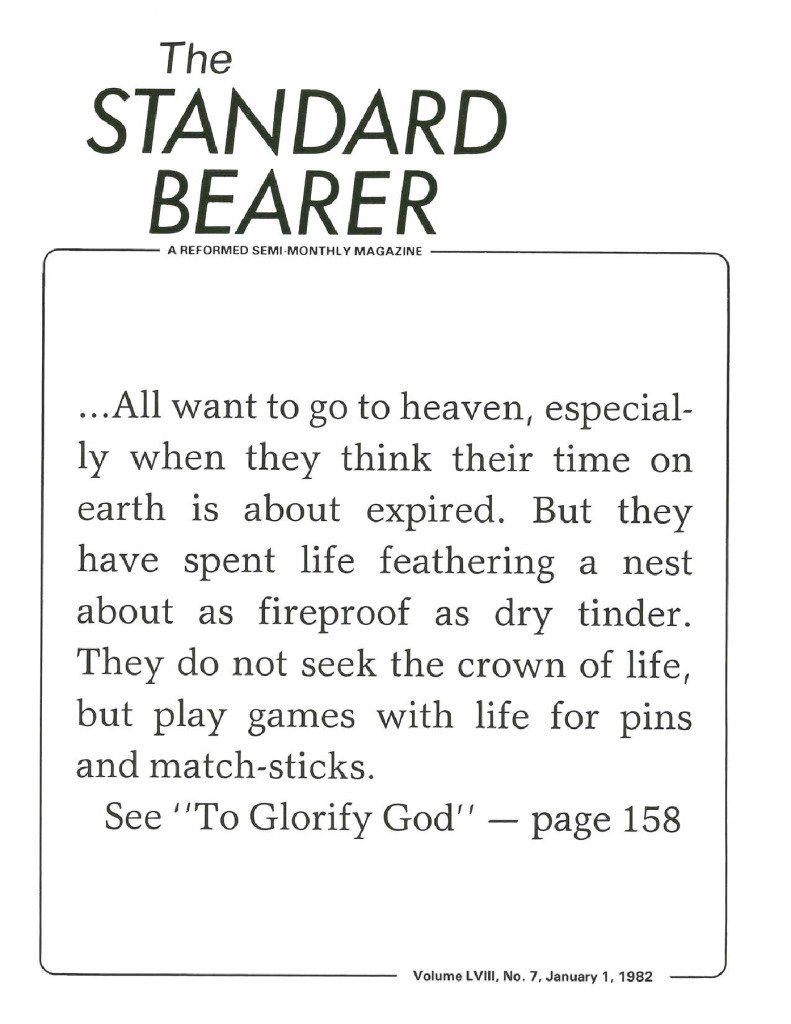