The book’s chief merit, I believe, is its emphasis on the importance of preaching and the power of preaching. This is a subject which cannot be stressed too strongly in our day.

However, the subject of the nature of preaching cannot be understood apart from that of the content of preaching. Only that preaching is and can be powerful which stands completely in the service of the Word of God in Christ according to the Scriptures. Preaching must be proclamation of the truth, the whole truth, and nothing but the truth. Given Dr. Daane’s view of Scripture and his view of election and reprobation, he is hardly qualified to instruct in the art of true preaching.

While technically some of the practical chapters of this book make some good points, they are too brief and scant to be of much help to a seminary student struggling to learn to preach.

THE BIBLE IN ITS LITERARY MILIEU,

This book is a collection of essays written by contemporary scholars who have adopted the hermeneutical rule of a historical and literary criticism as the way to interpret Scripture. The book is divided into five sections which are entitled: I. The Word; II. The Context; III. Textual Criticism; IV. Literary Forms and Literary Influence; V. Approaches to a Literary Criticism of the Bible. We include a few chapter titles, taken at random, to give the reader some idea of the material treated: “The Psychology of Inspiration”; “Pottery, Poetry, and Prophecy: An Essay on Biblical Poetry”; “History and Tradition in the Prophet Amos”; “The Antiquity of Mosaic Law”; “What Archaeology Can and Cannot Do”; “The Method of Cultic Interpretation”; “The Bible in English”; “Sumerian Literature and the Bible”; “A New Look at the Babylonian Background of Genesis”; “A Form- Criticism of the Lord’s Prayer”; “The First Three Chapters of Genesis”; “Genesis as Myth.” Some of the authors are: Edmund Leach, Kenneth Burke, Norman Perrin, Roger L. Cox, Bruce M. Metzger, G. Ernest Wright, William F. Albright, David Noel Freedman, and Northrop Frye.

For those who are unacquainted with the vagaries of higher critics, we might explain that the historical – literary method of interpretation adopted by the critics is a method which seeks to explain the origin of the books of the Bible in terms of history and literary development. In the nature of the case, this is a very subtle error because everyone who has a passing acquaintance with Scripture knows that Scripture is indeed “literature” and that it arose out of particular historical circumstances. The evil of this approach is the flat denial of inspiration in the sense in which Scripture teaches it and in the sense in which it has always been believed by the Church of Christ. This book is a lengthy and wordy example of this type of higher criticism.

There are, quite naturally, some interesting and true ideas set forth and developed in the book. There is, e.g., a splendid defense of the King James Version—although from a literary viewpoint; there is some interesting information on the formation of the Canon of Scripture—from a purely historical viewpoint. But the only real value of the book is the information it gives concerning what the higher critics are doing with Scripture and how they successfully take Scripture out of the realm of the miraculous and put it in the realm of the literary and historical. Scripture, after these men finish with it, is no longer the Word of God, divinely and infallibly inspired, but is only a book roughly on a par with the writings of Homer and Seneca.

Form critics do not like to say that a given book of the Bible is written by one person; they prefer to speak of Scripture as the product of religious communities, gifted writers and editors. This is a convenient way to deny inspiration and to reduce Scripture to a statement of the faith of various people throughout history. Their denial of inspiration, however, is hardly ever explicit; they simply ignore the doctrine and act as if it does not exist. Although what they write concerning the literary, grammatical, and historical aspects of Scripture sometimes has a grain of truth in it, 1) they state as profound and with very big words what every child of God “instinctively” knows, as, e.g., that Scripture is rooted in particular historical situations; 2) they so belabor the obvious that one cannot help but become suspicious of their motives. What kind of spiritual blindness on the part of these critics is it which leads them to say of the Psalms that, “the personal, individual element is pushed into the background”? (p. 181).

That this kind of hermeneutics is actually accepted and taught in many leading Seminaries in this country (including those which profess to be Reformed) demonstrates vividly how far the church has departed from the faith once for all delivered to the saints. 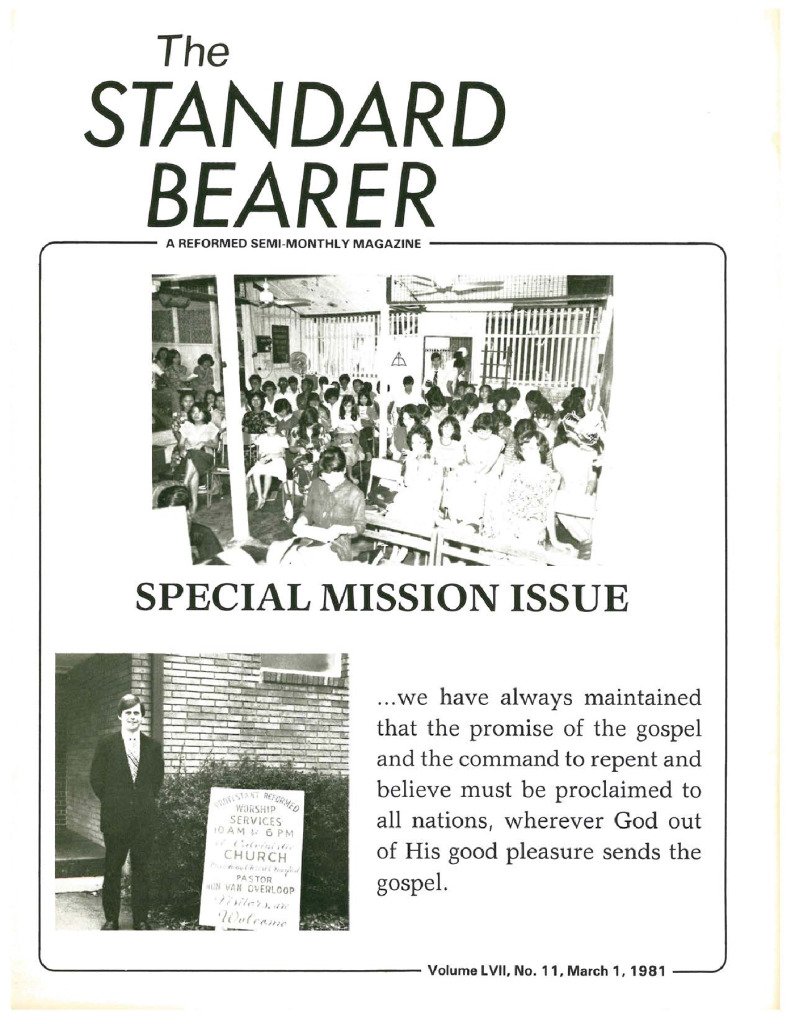