In the first chapters it deals with the heresies of Liberalism, Arminianism, and Barthianism, all of which deny the particular character of the atonement. Chapter 4 deals with the Scriptural teaching of particular redemption. All of this is biblically sound, well-written, and an excellent defense of this important truth of God’s Word.

But it is all spoiled in the last chapter which deals with what the author calls, “Scriptural Universalism.” In the interests of defending “common grace” and, strikingly enough, the free offer of the gospel, Kuiper proceeds to make the atonement universal after all. He does not want an atonement of our Lord which is universal in its intent or efficacy, but he does defend an atonement which is universal in its sufficiency and suitability. This aspect of universalism is rooted in a universal love of God (p. 68), although this love of God is somehow (the author does not explain exactly how) “quantitatively” different from the love shown to the elect. Hence, from the cross proceed fruits of the atonement which accrue to all men, chief of which is the offer of the gospel. By this offer God speaks clearly of His readiness and willingness to save all those who hear.

It is a shame that such an excellent defense of the truth of Christ’s particular atonement should be contradicted by a defense of a position which is neither Scriptural nor Confessional, although the author quotes repeatedly from the Canons in an effort to prove that the Canons teach a free offer.

The argument is also marred by a failure (characteristic of so many defenders of the free offer) to distinguish properly between the general proclamation of the gospel and its particular contents, and between the command which comes to all to repent and believe and the promise made only to God’s people that He will save them through Christ. This failure to make these proper distinctions ought not to characterize a clear thinker such as R. B. Kuiper was.

Many books have been written on the various cults which have risen in our country and there are far more detailed and thorough treatments of the cults than this little paperback. Nevertheless, this book has some advantages to it which make it a worthwhile book to purchase. For one thing, it is far more brief than many ponderous volumes and gives the reader a quick and yet rather thorough insight into the errors of these sects. Further, it contains interesting historical material so that the reader may gain some historical background of these cults. The writing is clear, concise, and accurate and exposes the basic theological errors of these heretical movements.

Two sects not often treated in books on the cults are included in this volume: First Unification Church and The Way International. These latter two, though of more recent times, have gained tremendous followings especially among young people who have lost their spiritual and theological moorings.

The book is ideal for study in Societies and High School classes and includes topics for discussion and questions to be answered with each chapter.

We recommend the book for those who are interested in a handbook which deals with the important contemporary cults.

This is not a very good book and is not to be recommended to our readers. While it deals somewhat with all “singles,” it concentrates upon the problems of the divorced. It is supposed to “repair shattered dreams, enlighten, inspire, and help you cope with the trauma of a dissolved marriage.” Perhaps the author feels that he is in a good position to do this sort of thing, for he himself is divorced and remarried.

And so we have another manual on some aspect of marriage, as little helpful as the hundreds of others which have appeared in recent years. 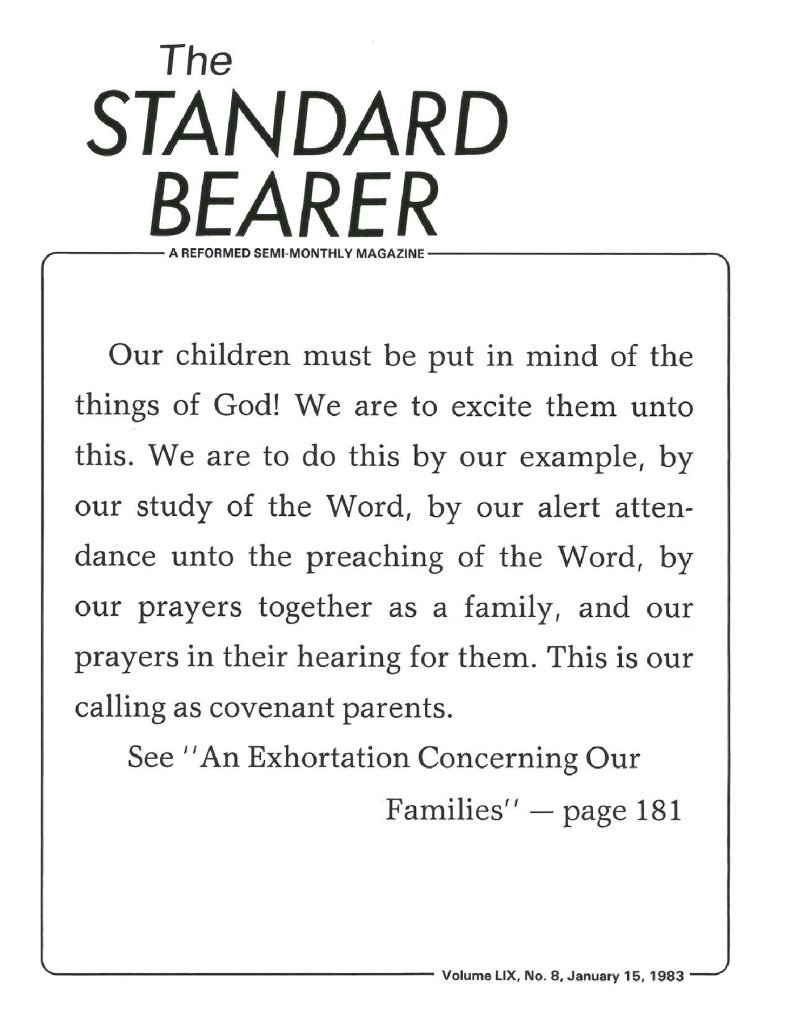