We have reviewed other of these books and have found them uniformly good and interesting, valuable additions to one’s library. They are full of fine exegetical and homiletical insights. Lloyd-Jones is a careful expository preacher and his ability to elucidate the text and make the Word of God live for God’s people comes through clearly in these books.

In many respects, this book is no exception. Ephesians 1 is one of the greatest and most beautiful chapters in the whole Bible, for it treats of the great work of salvation which God works through Jesus Christ for His elect people. Lloyd-Jones has caught the central truth of this chapter and has brought it home with unusual force and beauty. The book is well worth the rather modest price and will be useful and enjoyable for ministers who contemplate preaching on this chapter or on the whole book; but it is also a book which anyone can and ought to read with profit and edification.

Nevertheless, we were somewhat disappointed with this volume. Dr. Lloyd-Jones seems to be at his best when treating the more practical sections of Scripture, but seems to be somewhat less satisfying when dealing with doctrinal sections. This is not to say that the many doctrinal truths which are contained in this chapter of Ephesians are not carefully treated. But some of the more important truths are not as fully expounded as one would like to see them. Surely, one of the great themes of Ephesians 1 is the truth of sovereign election and predestination discussed by the apostle in vss. 4 & 5. Yet the treatment of these truths is sketchy at best. In the one chapter in which vs. 4 is treated, only a couple of sentences actually deal with the exposition of the truth of election. The rest deals with peripheral though related questions. In fact, in his treatment of this truth Lloyd-Jones discusses the whole doctrine of conditional election which was repudiated by the Synod of Dordt, but writes concerning this view:

There, then, are some of the facts which we should bear in mind before we begin to argue and to make sweeping statements. However, let us be clear about the fact that we are not saved by the view we take on this question. As I have already explained, there are two possible views. One is that God has chosen us in spite of ourselves, the other is that God has chosen us because He has foreseen that we would exercise faith. But I repeat that the view you take on this question does not determine your salvation. We are not saved by our understanding of these things, but by a simple childlike trust, and absolute faith and confidence in the Lord Jesus Christ and His work on our behalf. The view we take does affect our understanding, our intellectual apprehension; but thank God, that is not what saves us. We can be as certain that John Wesley is in heaven as that Jonathan Edwards and George Whitefield are there.

It is disturbing that Lloyd-Jones does not sharply condemn this heretical view of conditional election, does not even say with certainty what is his position. This is all the more disturbing when we consider that he is a professed Calvinist.

One other element was somewhat disturbing. In his rather lengthy exposition on vs. 13, especially the whole concept of sealing, the author shows his deep indebtedness to the Puritans and particularly the more mystical writings of the Puritans. He, after interpreting this matter of sealing as the assurance of salvation, writes at length about the fact that this assurance often comes through extraordinary mystical experiences which are so intense that they almost destroy the one who has received them. After quoting many Puritan divines who described such experiences, he speaks of the fact that such experiences ought to be the experience of every Christian. He thus sows doubt in the minds of many people of God who have never had such deeply mystical experiences, for he makes those experiences the hallmark of Christian assurance.

While perhaps not the best of this series on Ephesians, we recommend the book to our readers to be read with caution, but with great profit.

This book, also translated from the Dutch, is designed for older children—that is, older than eight years—and contains many more stories than Mr. De Vries’ earlier book, and covers the Old Testament only. Basically, it is similar to his first story Bible, with added details and a more sophisticated vocabulary.

Mr. De Vries takes some liberties with the Scriptural narrative by adding his own description of circumstances or surroundings, and I do not think they are always accurate or justified. For example, he writes about Adam after the fall and expulsion from Paradise, “When storms or earthquakes struck, they shook with fear. During the long, dark nights, they sought shelter in a hole in the ground or in a cave—two frightened, lonely people clinging to each other.” p. 17. About Adam, the man whom God had created perfect, this is sheer speculation.

By the time children are older than eight years old, they need insights and interpretations of Scripture, and instruction in its doctrinal truths as they affect their lives. Possibly this book of Biblical narratives, superficially treated, is not necessary for them. 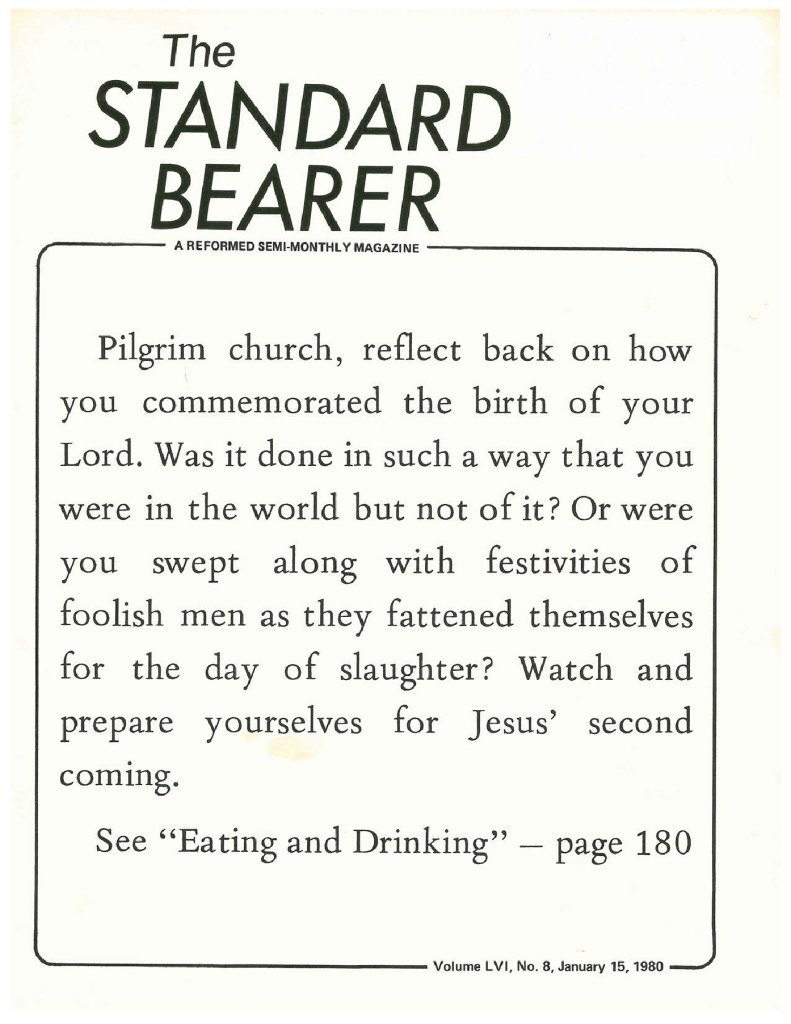