The Creation Research Society, which has published a large amount of extremely valuable and worthwhile material in defense of the Biblican presentation of creation, has now come out with a series of books which are particularly designed for use in the classroom. The series contains a “Handbook For Teachers” plus a set of eight books for use in the classroom. Each of these eight books has a companion book which is for the teachers’ use. While we cannot describe in detail the contents of all these books, we think the series is important enough to give some summary of each volume.

The teachers’ handbook contains chapters on the following subjects:

I. The Scientific Study of Origins.

II. Creation and the Conceptual Systems of Science.

III. Creation and the Scientific Disciplines.

V. The Origin of Life.

VI. Creation and the Problem of Time.

VII. The Creation of the Universe.

The series of books for use in the classroom plus their companion teachers’ books certain the following material:

Book One: “This ‘Wonderful World” (Order and Design in Nature). “Evidence of beauty and order in the natural world, demonstrating the necessity of a Designer and the impossibility of naturalistic origin.”

Book Two: “Our Changing World” (The Nature of Physical Processes). “Introductory study of matter and energy, and the laws of energy conversion, demonstrating that the basic processes in nature are those of conservation and decay, rather than evolution.”

Book Three: “The World of Long Ago” (The Testimony of the Fossils). “A survey of the fossil record and its significance, stressing the ecological communities in the former world and their catastrophic burial in the sediments, instead of the naturalistic concept of successive evolutionary ages.”

Book Four: “The Living World” (Structure of Living Systems). “An elementary study of the nature of life and its many levels, from the cell to the ecosystem, indicating the impossibility of its origin and development by any process other than special creation.”

Book Five: “Man and His World” (Origin and Nature of Man). “A study of the scientific method and its application to the investigation of man and his cultures, showing the inadequacies of any evolutionary theory of hum& origins and development.”

Book Six: “Worlds Without End” (The Origin and Structure of the Universe). “A study of the fundamental nature of the physical universe, from atom to galaxy, and the fallacies of all naturalistic theories of cosmic beginnings.”

Book Seven: “Beginning of the World” (Creation, Evolution, and Modem Science). A comparative survey of the creationist and evolutionist models for the study of science, demonstrating that creation is at least as effective as evolution for the correlation and prediction of scientific phenomena.”

Book Eight: “The World and Time” (Age and History of the Earth). “A critical study of the methods in current use for the estimation of dates in’ the pre-historic world, giving much evidence that the earth may be relatively young rather than billions of years in age as preferred by evolutionists.”

All these individual books are $1.75 each. The Teachers Handbook is $3.50 per copy. But the Society also makes combination offers:

The student books are well-organized, well-written and lavishly and ‘beautifully illustrated. They are especially suited to the teaching of science in our grade schools and junior high schools. The teacher books are prepared in such a way that they are of a great deal of assistance in explaining the material and preparing lessons for the classroom. They contain suggestions for vocabulary development, extra projects, sample worksheets and quizzes and additional reading. The Teachers Handbook is a very worthwhile book in itself and can be recommended not only to our teachers for their own personal libraries, but also to all our readers who are at all interested in this matter of creationism vs. evolutionism.

There is, however, one aspect of the series which we mention by way of criticism. We are aware of the fact that the series was prepared for use in the public school system, and is, as a matter of fact, used in the San Diego City Schools. But because these books were not specially prepared for Christian .Schools, their approach is deliberately scientific in distinction from Biblical. The authors explain why this is done in the Teachers Handbook. But the result of this approach leads to several undesirable features. The intent of the series is to present creationism as aviable option to evolutionism. The intent of the series is to show that, even from a scientific viewpoint, creationism has as much “proof’ as evolutionism and that it is in a position to explain the facts of creation as well as or better than evolutionism.

The approach is not, therefore, the approach of Scripture and the obligation to bow in submission to the authority of the Word of God. The series takes the position that, from an epistemological viewpoint, evolutionism must be accepted by “faith” without proof as well as creationism; that, therefore, it is only fair and intellectually honest to consider creationism as an explanation of the origin of the universe along with evolutionism. But the series uses the word “faith” here in two different senses. When the unbeliever accepts evolutionism by “faith,” the word “faith” means “without scientific proof.” But when the child of God accepts the Scriptural account of creation by faith, the word “faith” means “saving faith in Christ whereby the child of God puts his confidence in God’s unchanging promises.” The faith by which we understand that the worlds were framed by the Word of God so that things which are seen were not made from things which do appear (Heb. 11:3) is the faith which is the substance of things hoped for and the evidence of things not seen. (Heb. 11:1).

This approach is, of course, due to the fact that the books were specifically prepared for use in the public school system.

Nevertheless, we want to take this opportunity to applaud the excellent work of the Creation Science Research Center. There has been a crying need for such books to be written as these. Now one organization is devoting its time and efforts, to publishing such material. The many writers who have contributed to this series are to be commended for their excellent work. We hope that more such books will be forth coming.

And so we highly recommend this series to our schools and teachers. Serious consideration should be given to introducing this series into our schools. The criticism which we have offered can, in our opinion, be overcome in the classroom; and the series is far preferable to anything which presupposes the whole heresy of evolutionism. If any of our teachers or administrators would like to look over the series, they are welcome to contact me and make use of the set I have.

As a footnote we add that the Creation Science Research Center has other material available which include: A biology textbook, film strips, other books of particular value to teachers and scientists and an abundance of pamphlets and brochures. A list of these can be obtained by writing to Creation Science Research Center, 2716 Madison Avenue, San Diego, California, 92116. 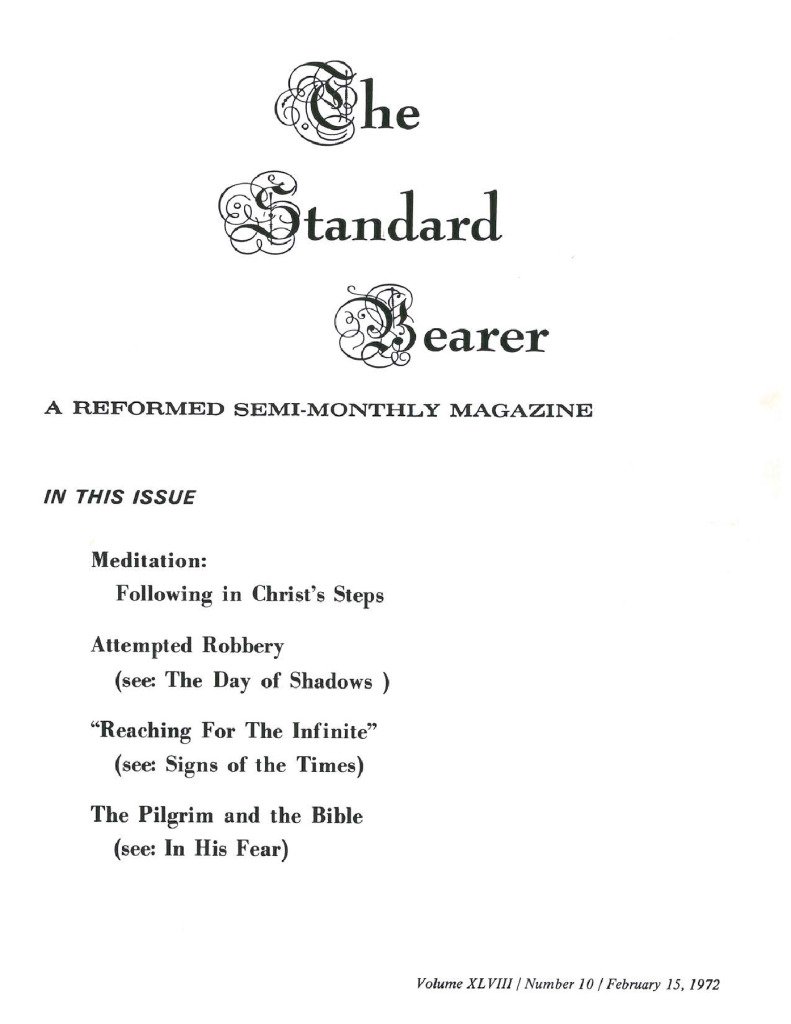