Such an argument, if argument it may be called, is unworthy of the masterful theologian and logician. For, in the first place, it poses a false dilemma. Barth claims that we are shut up to one of two alternatives, either to accept his view of inspiration, which posits errors in Scripture, or to maintain a mechanical inspiration. Neither of these two alternatives is to our liking, which is not so important, but what is important is the fact that there is a third alternative, namely, that God infallibly inspired the Bible in an un-mechanical way. Secondly, to equate verbal inspiration with mechanical inspiration and, what is worse, to do that in blatant disregard for the anguished protests of men who deny that the equation is valid is nothing less than an attempt to render a doctrine odious, not by disproving it from Scripture but by loading it with depreciatory adjectives. The technique of disparaging the doctrine of verbal inspiration by calling it “mechanical” approximates the mode of procedure of those who increasingly attack the doctrine of predestination by calling it “fatalism.” Just as little as we are inclined to surrender the doctrine of predestination because some have the audacity to blacken the doctrine with the charge of “fatalism,” are we inclined to give up the doctrine of verbal inspiration because some smear it with the (unwarranted) charge of “mechanical.”

Admittedly, the Bible does not state, in so many words, “Scripture is verbally inspired.” The doctrine of verbal inspiration is one that the Church has had to develop over against those who supposed that the less specific statements, “inspiration of Scripture” and, even, “plenary (full) inspiration,” allowed for errors in the “mere” words of the Bible. But the Church has inferred the doctrine of verbal inspiration from Scripture’s statements about itself, especially, from the phrase in II Timothy 3:16: “All Scripture is given by inspiration of God.” Besides, the Church had her eye on such passages asGalatians 3:16, where the apostle lays great emphasis upon the individual word of the Bible (“seed,” not “seeds”). Even the most virulent opponent of the doctrine of verbal inspiration would scarcely dare to deny the Church the right to confess a doctrine inferredfrom Scripture. As the Westminster Confession has it, “The whole counsel of God, concerning all things necessary for his own glory, man’s salvation, faith, and life, is either expressly set down in Scripture, or by good and necessary consequence may be deduced from Scripture. . .” (Chapter I, VI).

“The Spirit of God, who had appointed the Evangelists to be his clerks (concerning this word, “clerks,” the editor of the commentary writes: “not authors in the ordinary meaning of that term, but persons who wrote to the dictation of another.”—DE), appears purposely to have regulated their style in such a manner, that they all wrote one and the same history, with the most perfect agreement, but in different ways. It was intended, that the truth of God should more clearly and strikingly appear, when it was manifest that his witnesses did not speak by a preconcerted plan, but that each of them separately, without paying any attention to another, wrote freely and honestly what the Holy Spirit dictated” (Calvin, Harmony of the Evangelists, Vol. I, p. 127).

This quotation is striking because in it Calvin, without the slightest uncomfortableness or the least trace of embarrassment, combines the strictest view of divine control over the writing of Scripture (verbal inspiration) with the view of the freedom and spontaneity of the human writers (non-mechanical inspiration). On the one hand, the evangelists were “clerks,” the Spirit of God “regulated their style,” and they “wrote. . .what the Holy Spirit dictated.” On the other hand and in most intimate, if inexplicable, relationship with this divine, control, they “did not speak by a preconcerted plan” and “wrote freely and honestly.” Calvin speaks repeatedly of the Holy Spirit “dictating” the Bible to the writers. We would not use such a term, today, simply to avoid leaving any impression of a mechanical inspiration. But Calvin did not mean to advance, by that term, that the manner of inspiration was mechanical. By “dictation” he only wanted to stress the complete and strict control of God in the matter of the writing of the Bible, such a control that the entire Bible is God’s Word.

It only remains to be said, in this connection, that we cannot be satisfied with the use of the concept “accommodation” to explain the relationship between the inspiring God and the human writers of Scripture. When men accuse defenders of verbal inspiration of holding a “mechanical” or “typewriter” theory of inspiration, these defenders often respond by asserting that God, in inspiring the Bible, accommodated Himself to the writers. J.I. Packer, e.g., in his book, “Fundamentalism and the Word of God, states that “God completely adapted His inspiring activity to the cast of mind, outlook, temperament, interests, literary habits and stylistic idiosyncrasies of each writer” (p. 79). Although it is true that he goes on to say, on p. 80, that God ‘*was well able to prepare, equip and over-rule sinful human writers so that they wrote nothing but what He intended, he still speaks of a “conclusive” operation of the Spirit with the activity of the human writers. The terms “accommodation” and “concursive” do not do justice to God’s primacy in the activity of inspiration. They present the matter as if the human writers, with their personalities, were first so that God had to adapt Himself to them or as if God and the human writers ran along together in the production of Holy Scripture. The fact is, however, that God eternally appointed each writer with his peculiar disposition and, in time, prepared each writer in every respect to be exactly the instrument of the writing of Scripture which God wanted. And when the writing of the Scripture takes place, by any of the individual writers, that event is not to be conceived of as a cooperative endeavor by the Holy Spirit and the human writer but as an activity in which the Holy Spirit is moving the writer and the writer is being moved, yet—and this is the mystery—not in the manner of compulsion but in such a way that the writer himself writes freely and spontaneously. 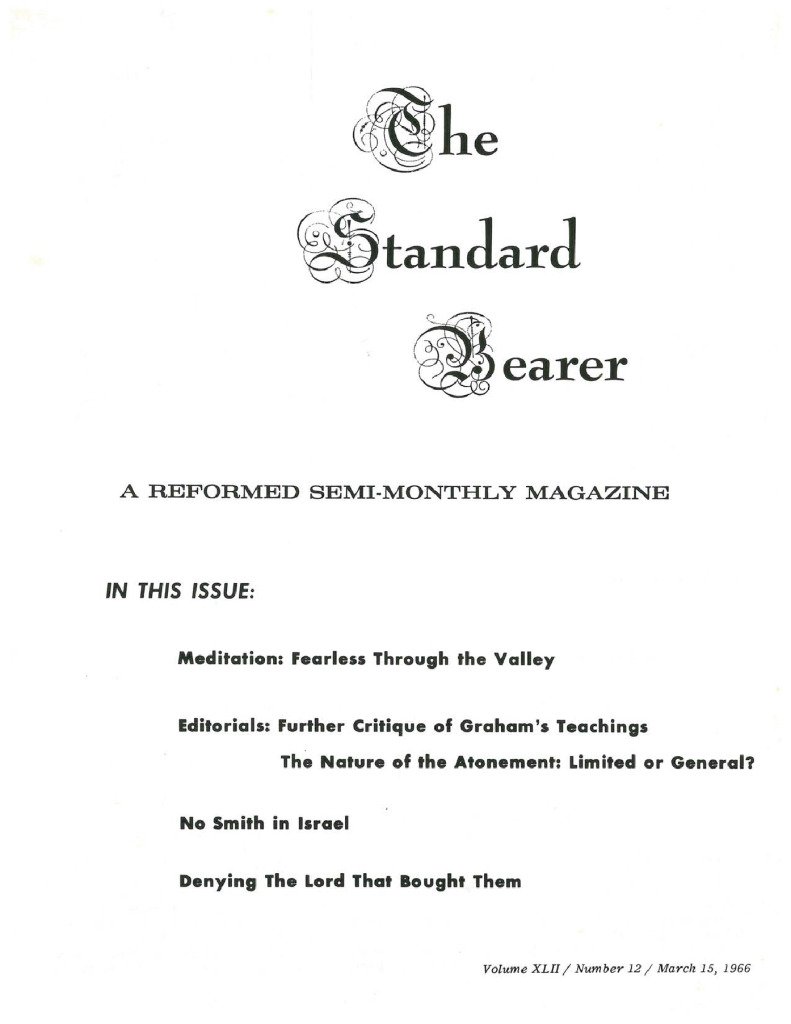