As To The Well-meant Offer

As To The Well-meant Offer

From a part-time Floridian I received the following question, sent to me already about the first of the year:

“The Christian Reformed Church since 1924 has stressed the so-called well-meant offer of the gospel. Did our forefathers also believe this? Was it ever an issue before this time? What does church history show?”

Now the first question: did our forefathers also believe this? I will not deny that some individual forefathers at times taught things similar to the well-meant offer idea. After all, even at the Synod of Dordrecht there were men like Martinius, who wanted general atonement of the crassest sort; and one of the British theologians at that same Great Synod later became an avowed Arminian. But it seems to me that if you want to lump “our forefathers” together, and then inquire as to what they believed, then you must turn to the confessions. And you must turn especially to the Canons of Dordrecht to find out what our forefathers believed on this subject. And then it is abundantly plain—in spite of the fact that the Synod of 1924 foolishly tried to quote the Canons in support of their position—that “our forefathers” had no room for the idea of the general, well-meant offer. Promiscuous preaching? Yes, indeed! The gospel must be proclaimed—along with the demand of faith and repentance—to all, reprobate and elect, to whom God in His good pleasure sends it. General, well-meant offer? No; but the general preaching of a particular gospel. This is the faith of our fathers set forth in the Canons.

And, by the way, even the great Abraham Kuyper, the champion of the common grace theory, wanted nothing of the general grace theory of the well-meant offer. He was very strong on the particularity of the gospel of grace. Shall we say he was happily inconsistent on this?

The second question is: was it ever an issue before this time? My answer is that in this particular form it was not. As to its real nature and principle, the issue in 1924 was the same as the issue in 1618-’19 at the Synod of Dordrecht: Arminianism. Now, however, there was the narrower focus of the gospel-preaching; and there was the further complication of the Janus-kop stance of the Christian Reformed Church: the attempt to show a Reformed face and an Arminian face on the same ecclesiastical head.

Taking off on your question, “What does church history show?” let me remind you that in 1962-1967 (the period of the so-called Dekker Case) you have the proof of the pudding. Prof. Defier’s teachings on the atonement and the love of God were the outgrowth of the First Point of 1924. All the literary polemics of the time demonstrate this abundantly; and the discussion, such as it was, at the synodical meetings .showed this, too. Whenever there was a little doctrinal discussion of the issues, 1924 was inevitably mentioned. Moreover, the deepest reason why 1967 was unable to condemn the 17th century Arminianism of Prof. Dekker was the fact that in 1924 the Christian Reformed Church had principally adopted that same Arminianism. Harold Dekker only carried it a step farther. That is why you could almost hear the sighs of relief when the Dekker Case was finished, “Whew! At least we all still hold to the well-meant offer!” Editor Haverkamp of De Wachter did not put it quite that way. He wrote (remember?): “One thing became indeed very plain from the entire history, namely, that among the participants in the discussion and in the reports about the case there was never any disagreement about the question whether Scripture teaches the well-meant offer of grace.” 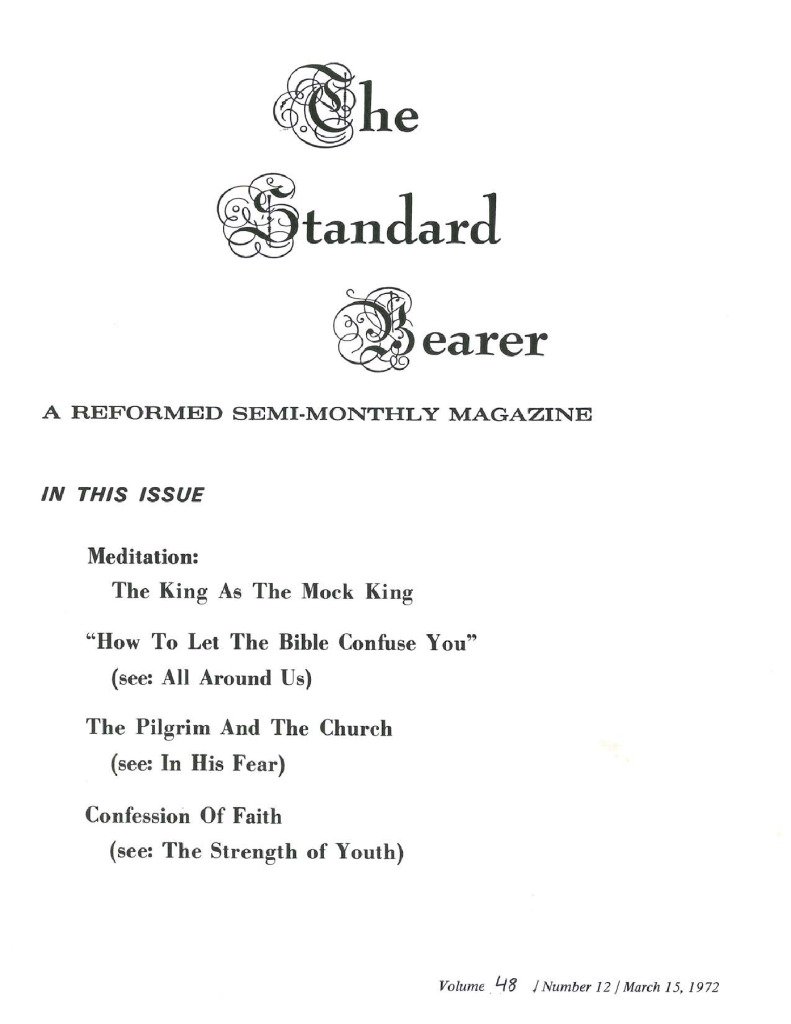