This is a romance about life of the Dutch settlers in New York which was, at that time, the seventeenth century, still called Nieuw Amsterdam. The author concentrates what may be called a historical novel around the life of Anneke Jans, whose life was characterized by many conflicting experiences. It is in connection with her life that the history and experiences of the early Dutch settlers in New York are described.

A very interesting book, beautifully written. I heartily recommend this boek to all that can still find interest in a well written Holland novel.

Sin, Its Origin and Knowledge, by Dr. G.C. Berkouwer. Published by J.H. Kok, Kampen, the Netherlands.

I have the impression that the chief emphasis of this volume of Berkouwer’s series is placed throughout on the fact that sin is essentially inexplicable, that it is, as he expresses it, a riddle. This he already expresses in the first chapter where he asks the question whether it does not follow from the very essence of sin that any explanation of sin is impossible, and then answers his own question positively, p. 19. And this idea he develops more fully in the fifth chapter on the “riddle of sin.” In spite of this I would have liked to see some explanation of this “riddle” in the light of Scripture.

I was glad to notice that Berkouwer, evidently, rejects the idea of the “covenant of works” which we, as Berkouwer ought to know, have always rejected. See pp. 200-201.

I gladly recommend this volume to students of theology who can read the Dutch language. H.H.

This book is one of the nicest studies on the subject of missions that I have read for a long time. He first of all has a chapter which he calls “The heart of the matter,” in which he describes the biblical basis of missions both from the Old and the New Testament. Then he goes through the history of missions, describes the work of missions “on various fronts,” discusses the different methods of mission work, in order to conclude with an answer to the question how churches ought to be dealt with that have just been organized, through the labors of the missionaries, in heathen lands.

The book is clearly written and soundly biblical and Reformed. Hence, I recommend it to all that are still able to read Dutch. 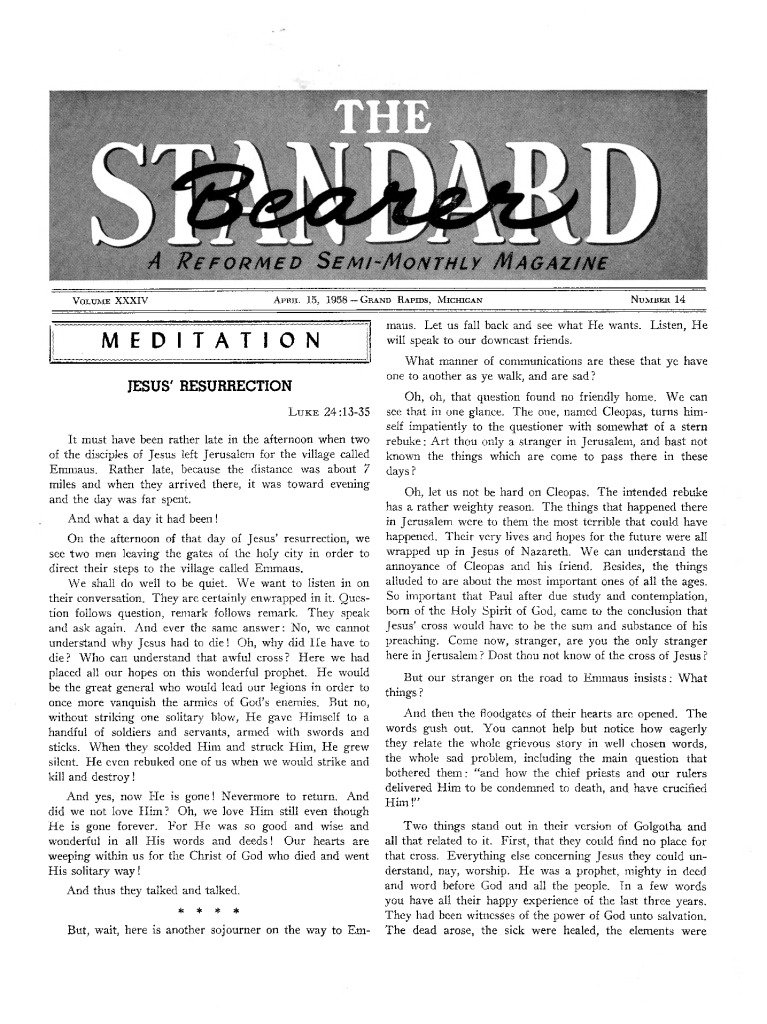