Angels are mentioned in thirty-six of the sixty-six books of the Bible. The Hebrew and Greek words both mean messenger; they are means by whom God reveals Himself and His salvation to us. Indeed, angels are the servants of the elect, “sent forth to minister for those who shall be the heirs of salvation” (Heb. 1:14). Angels are invisible, non-corporeal creatures who owe their existence to God. “He also created the angels good, to be His messengers and to serve the elect” (Belgic Confession, Art. 12). Although the Bible does not inform us of the exact time of their creation, some theologians assign the creation of angels to the first day of the week, finding their support in Job 38:4, 7:“Where wast thou when I laid the foundations of the earth? . . . When the morning stars sang together, and all the sons of God shouted for joy?”

The number of angels is staggering: “ten thousand times ten thousands, and thousands of thousands” (Rev. 5:11). There is arrangement or organization among these many angels, for Scripture speaks of archangels, cherubim and seraphim, principalities and powers, thrones and dominions (Eph. 3:10; Col. 1:16). Nevertheless, the angels are not related to each other either organically or federally, for the number of angels God created in the beginning is not increased through conception (Matt. 23:30), nor did the fall of a large number of them result in the fall of them all. Since angels are non-reproductive, any interpretation of Genesis 6:1-4 that has giants on the earth in the days of Noah as the result of intercourse between angels (sons of God) and women (daughters of men) is as foolish as it is grotesque.

God’s eternal decrees of election and reprobation included the realm of angels. Some of the angels are elect (I Tim. 5:21), and some of them are reprobate. The fall of the reprobate angels is absolute; there is no possibility for their salvation, but they are “reserved in everlasting chains under darkness unto the judgment of the great day” (Jude 6). Christ did not die to pay for the sins of angels, therefore. Yet His death was not without significance for the angel world, for God’s purpose in Christ is to gather together in one all things which are in heaven and which are on earth (Eph. 1:10). The reproach which fell on the angel world when its head, Satan, fell, and with him a large party, is removed, and Christ becomes the great unifying Head of all things.

As servants of God and messengers to men, the angels appeared at crucial moments in the history of salvation. Cherubims with a flaming sword were placed at the edge of Eden to keep the way of the tree of life (Gen. 3:24). Angels appeared to Abraham announcing the birth of a son (Gen. 18:10); this promised son involved the Seed, which is Christ. The law was given to Israel at Sinai through the disposition of angels (Acts 7:53). Gabriel announced the birth of the forerunner of Christ to Zacharias in the temple; then he appeared to Mary in Nazareth, and later to Joseph as well. An angel announced the birth of Jesus to the astonished shepherds in the fields of Bethlehem, and he was joined with a multitude of the heavenly host which sang glory to God.

After Jesus is born, and as He takes up His great work having been baptized, the angels ministered to Him after His triple temptation (Matt. 4:11). An angel sat at the entrance to the empty tomb, instructing the women what had happened (Matt. 28:2-7). Two angels appeared when Jesus ascended into heaven, informing the disciples of the ascension and the coming again of Jesus. Angels are given the glorious task of gathering the elect into heaven at the end of the world; they are reapers in the great harvest (Matt. 13:39). They are used by God for the protection of His children while on earth (Ps. 91:11) and especially of His little children (Matt. 18:10).

Three passages set forth angelic activity as a standard and example for us. The angels desire to look into the things of salvation (I Pet. 1:12). Do we as the redeemed have a similar, keen interest? The angels rejoice at the repentance of a single sinner (Luke 15:7, 10). Do we have joy at the repentance of one of our fellow saints? The angels do the will of God perfectly in heaven (Matt. 6:10). Is it our desire and our prayer that God’s will be thus done on earth; also in our lives?

Although we were created a little lower than the angels (Ps. 8:5), we are destined in Christ to be higher than the angels, even judging them (I Cor. 6:3). For thus it was with Christ according to His human nature (Heb. 2:6-9). 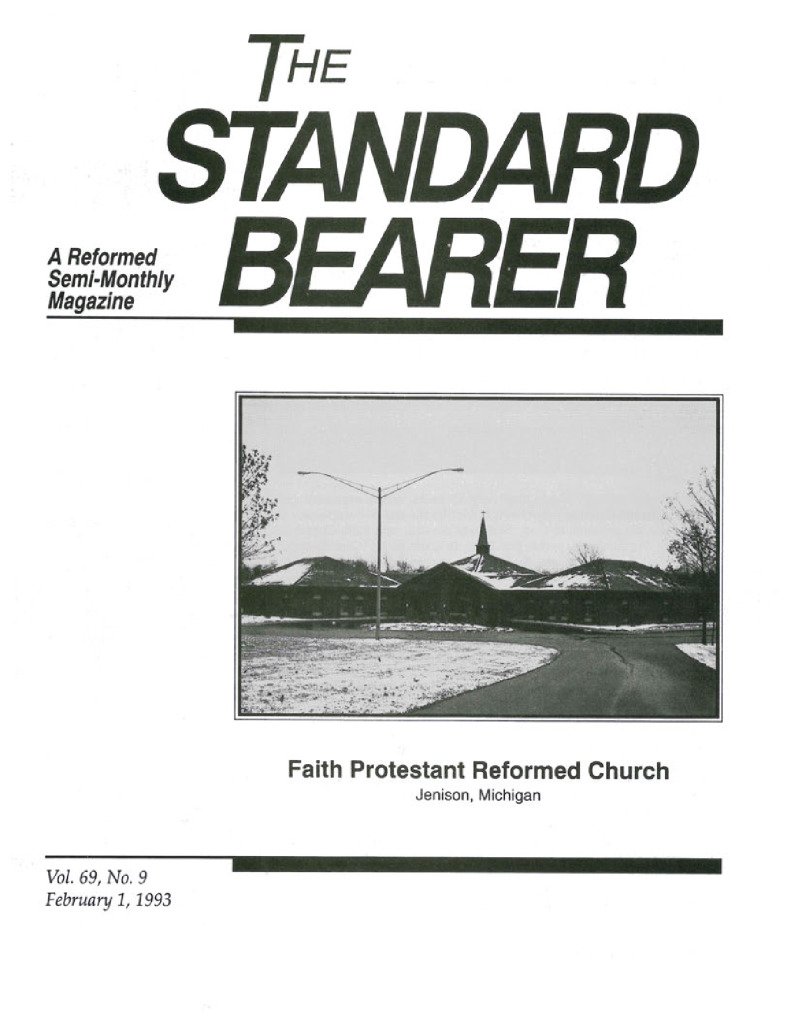