Are You Troubled by Current Events?

My attention has been called to various disturbing developments that are taking place in the country today. And one cannot help but observe from news reports that many things are not done in harmony with God’s Word in our country and communities. I have before me a copy of “The Midwest Regional Reporter,” published by the Midwest Association for the Education of Young Children. It is a small bulletin giving information concerning the training of young children of the community. The paper advocates earlier and earlier training of the child by the state. It presents in glowing terms the practices of Red China in training children within the communes. It encourages support for the ERA and the International Year of the Child. In short, it advocates much which would tend to break down the family and enhance the position of the state in the instruction of children.

I have another document, “The Christian Voice,” which points out the attempt of the IRS to take away the tax exempt status of private schools — which was, for the time, defeated by congressional action.

Disturbing too are the reports of continuing and growing abortion. More than a million unborn are destroyed annually in this country alone. We regard this, as we believe Scripture teaches, as outright murder. Nor can the just and righteous God look down upon such activities with favor but must rather punish in wrath now and eternally.

One reads, especially in Michigan where we live, of gambling — openly promoted and encouraged by state government. It is an evil which is legal, condoned, but which destroys the integrity and fabric of society.

There is the push for the ERA amendment. Threats and boycotts are used to try to force legislators to approve this constitutional amendment. Those who most strongly advocate the amendment make claims for it and suggest their opinions on what it will do in terms which ought to shock every Christian. The amendment appears not merely to be a simple means to right a wrong within society, but to destroy the very core of the family life.

There is the fact that government makes it increasingly difficult to provide the Christian instruction we promised before God to give our children. The regulations and restrictions increase. The financial sacrifice grows. Those who support public education openly declare their desire and intent to close down Christian Schools.

So — what is the Christian to do? That question is often raised. Within our own churches, too, the question is asked: Is there anything we can do about this?

First, there is the real danger that we do nothing. We realize that Scripture testifies not only that these things will be — but that, as the end approaches, the evils will grow. And all this is a sign and reminder of the return of Christ. Yet one might incorrectly be inclined to say: since Scripture teaches that evil shall abound, we ought not even to testify against it. We’ve often fallen into that error — but it is wrong.

Secondly, there might be an opposite danger of adopting tactics of the wicked about us by being abusive, even violent, in support of what we believe to be right. Often that has been done. But adopting the tactics of the enemy is inexcusable — it is sin.

What ought we to do,? We can, and should, inform those who represent us in government what our opinions are. We can express what we believe and why we are convinced that a certain activity is wrong.

But how do we find out whom we must write? Information is usually available at the library within a community or from the schools. A telephone call will normally provide the information we need.

What ought we to write? Do we believe ourselves incapable? Long letters are not necessary — or even advisable. A few simple rules can guide us in this. First: address the individual with respect. Secondly, state simply and briefly the subject about which you are writing. Thirdly, express briefly and without abuse your objections to the activity or proposed legislation. Give your reasons for objecting. Finally, sign your letter. Unsigned letters are usually ignored and surely carry no weight.

One who does this faithfully does give to those who represent us an idea of where we stand. If we say nothing, how can such representatives ever know?

Will our writing change things? Sometimes, as in the case of the proposal of the I.R.S. to remove the tax-exempt status from Christian Schools, this kind of writing does result in favorable action. It is true, we cannot, and do not desire to, prevent the coming of antichrist. His coming is one of the final signs that show that Christ’s return is at hand. Nevertheless, we may not hide our convictions. Diligently we must let others know what we believe. God uses even such activity to serve His purpose and to allow for His church here a place until Jesus returns. Write today.

To be a minister

To become a minister in many of the main-line denominations of our day, one can believe almost anything — or believe nothing. Clarion, March 8, 1980, presents an incident which reminds of this fact:

The Permanent Judicial Commission of the United Presbyterian Church has ordered a presbytery to conduct a new examination of a minister who gave a negative answer when asked if he believed Jesus Christ is God.

It remanded the case of the Rev. Mansfield Kaseman to the National Capital Union Presbytery with the direction that it “exercise its constitutional responsibilities in conducting a proper examination of Mr. Kaseman’s doctrinal and theological beliefs.”

Following the examination, the presbytery voted to accept Mr. Kaseman as a member. An appeal by a dissenting minority of the presbytery was filed with the Synod of the Piedmont, which turned it down and the minister’s critics then took the matter to the Permanent Judical Commission of the UPC. . . .

Mr. Kaseman, who was ordained by the United Church of Christ, said later that he believes that Jesus is divine but wanted to “hold God as supreme” in answering the question. He indicated that the problem was partly one of semantics, in that Presbyterians equate Jesus with God while his UCC perspective, “that’s unusual language for me.”

One reads with interest the action of the Roman Catholic Church in seeking to silence one of its theologians: Hans Kung. Protestants have been intrigued by this activity — especially since Kung denies Papal infallibility. He has been called a modern-day Luther. However, Kung is an outspoken heretic. He opposes certain heresies of Rome — but also proposes heretical teachings which the churches of the Reformation must emphatically reject. Some of this is pointed out in the Christian News, March 10, 1980:

Liberal Roman Catholic and liberal Protestant theologians all over the world are coming to the defense of Dr. Hans Kung. Some are referring to Kung as “Little Luther”. . . .

Kung is no Luther. Luther was a Christian who believed that Jesus Christ was born of a virgin, rose physically from the dead, and is truly God, the Second Person of the Holy Trinity. Kung denies these fundamental doctrines. Kung is correct when he challenges the infallibility of the Pope, but his views about Christ are thoroughly anti-Christian. If he truly believes what he has been saying, then he cannot be considered a Christian theologian and certainly not a “Little Luther.”

The above paper, Christian News, is published by Rev. Herman Otten, a pastor in the Lutheran Church, Missouri Synod. However, Otten is not “certified.” He is not recognized in the LCMS as one of their pastors. Since he graduated from one of the seminaries of the LCMS, he would seem to be entitled to certification. But Otten is too “conservative.” He opposed the developing liberalism in the LCMS a few years ago and backed the conservatives who managed to elect Dr. Jacob Preus as the president of the denomination. However, in past years Dr. Preus has felt the jabs of the pen of Otten in the Christian News too. In recent years Otten has backed another minister and sought his election as president of the denomination. Now, Otten has been seeking “certification,” but Preus has been strongly opposing that — unless Otten promises to suspend publication of his Christian News. A bit of a stir has been created in the LCMS because of this. It will be interesting to see what the outcome of this is within that denomination. It may well happen that the “conservatives” of that denomination who took over from the “liberals” a few years ago, may be split — allowing the liberals once more to gain control. 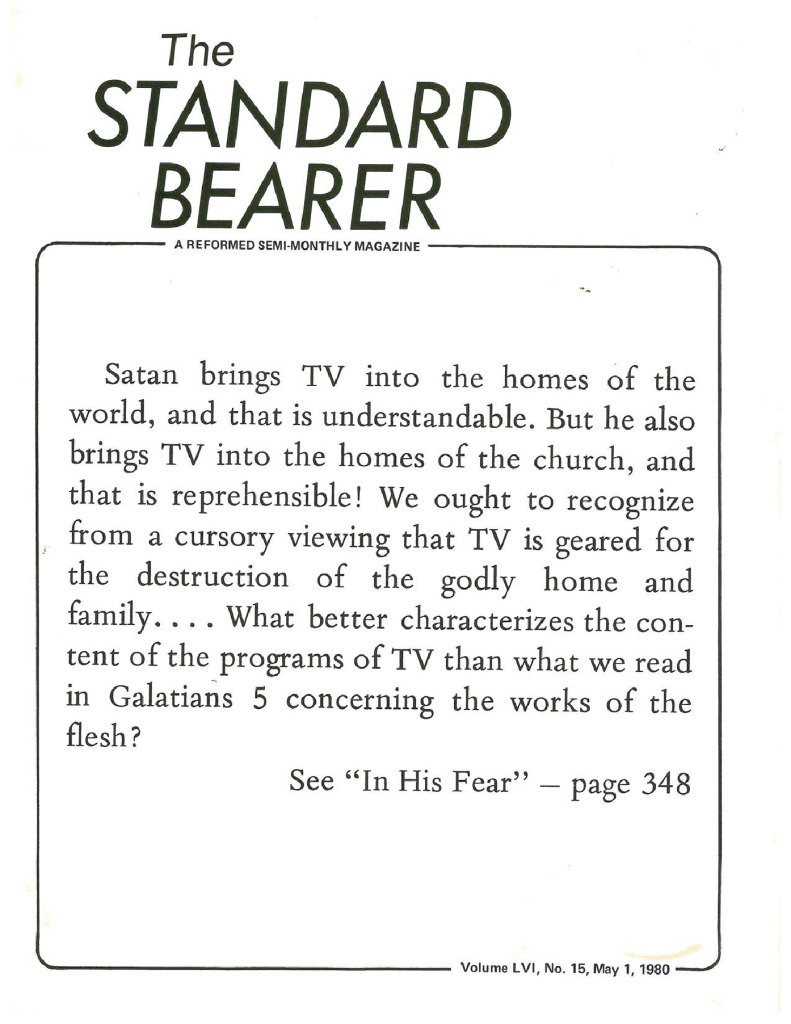